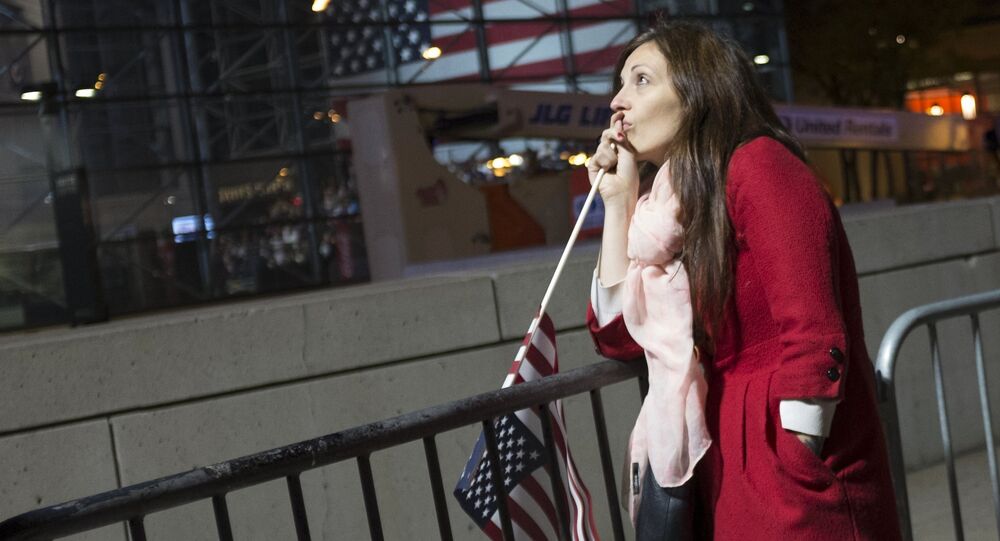 A survey conducted by the TNS UK research company in the US for Sputnik news agency and radio shows that the overwhelming majority of Americans believe the media were biased towards one of the candidates in the coverage of the presidential election.

© Flickr / Chris Wieland
Mainstream Media 'Still in Denial of What Happened to Them' After Trump Win
MOSCOW (Sputnik) – The overwhelming majority of Americans (80%) believe the media were biased towards one of the candidates in the coverage of the presidential election, according to a Sputnik.Polls survey. At the same time, more than half of respondents (59%) said neither local nor national media were objective. The survey was conducted in the United States by TNS UK for Sputnik news agency and radio.

The survey was conducted on November 3-7 2016 by the TNS UK research company in the US for Sputnik news agency and radio. As many as 1012 respondents aged 18 to 64 were asked the following question, “Regarding the presidential campaign in the United States, do you think that the media were biased towards one of the candidates?”. The margin of error for the nationwide data is +/- 3.1% with a confidence level of 95%.

Trump's Victory in US Presidential Election Is 'Revolt of the Masses'