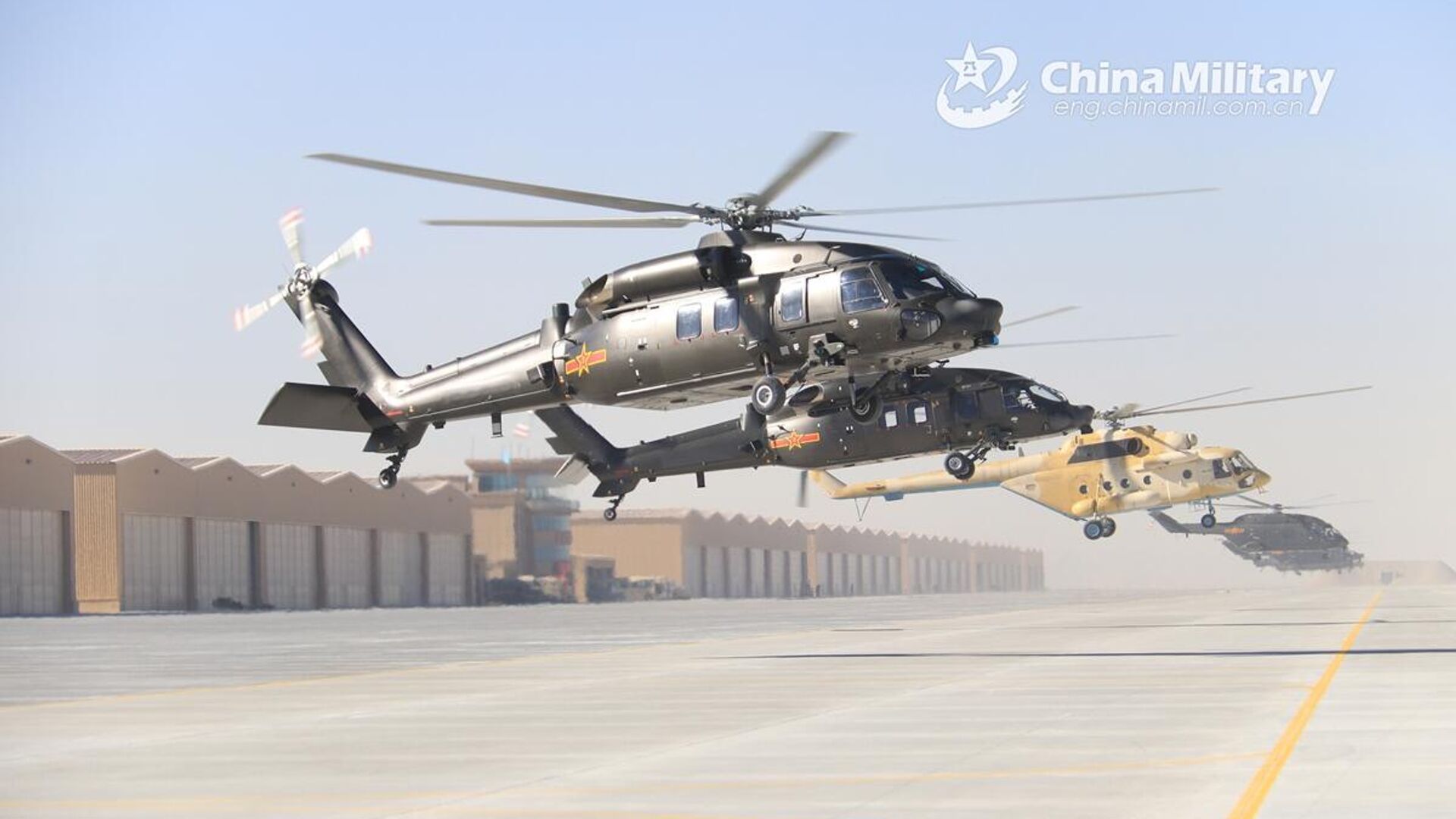 The troops will continue to practice this method of transportation, including nighttime training and emergency management, the report said.

Sling-loading is an important way of maneuvering in aerial assault, as troops can first use helicopters to fly in with all-terrain vehicles, then use the vehicles to advance further, Wang Mingliang, a Chinese military expert, was quoted in the report as saying.

It boosts the all-terrain maneuverability of aerial assault units, and enables more flexible attacks on the battlefield, Wang said.

As a 10 ton-class utility helicopter that does not have a rear cargo door, the Z-20 cannot carry an all-terrain vehicle within its cabin like its 13 ton-class counterparts such as the Z-8L and the Mi-171, so sling-loading is the only way for the Z-20 to transport a vehicle, a military expert who requested anonymity told the Global Times on Monday.

If the Z-20 can sling-load a Lynx all-terrain vehicle, it can likely do the same with variants of the Lynx, including those modified to become self-propelled mortars, howitzers, multiple rocket launchers, and air defense missile platforms, the expert said, noting that it can also carry unmanned vehicles like reconnaissance drones, munitions carriers and remote-control weapon stations.

This will give aerial assault troops more tactical options and advantages in terms of mobility, situational awareness and firepower, the expert said.
This article originally appeared on the Global Times website.
Newsfeed
0
Access to the chat has been blocked for violating the rules . You will be able to participate again through:∞. If you do not agree with the blocking, please use the feedback form
The discussion is closed. You can participate in the discussion within 24 hours after the publication of the article.
To participate in the discussion
log in or register
loader
Chats
Заголовок открываемого материала