Queen Elizabeth II Forced to Give Up Walking Her Dogs as Doctors Advise Her to Rest, Report Says 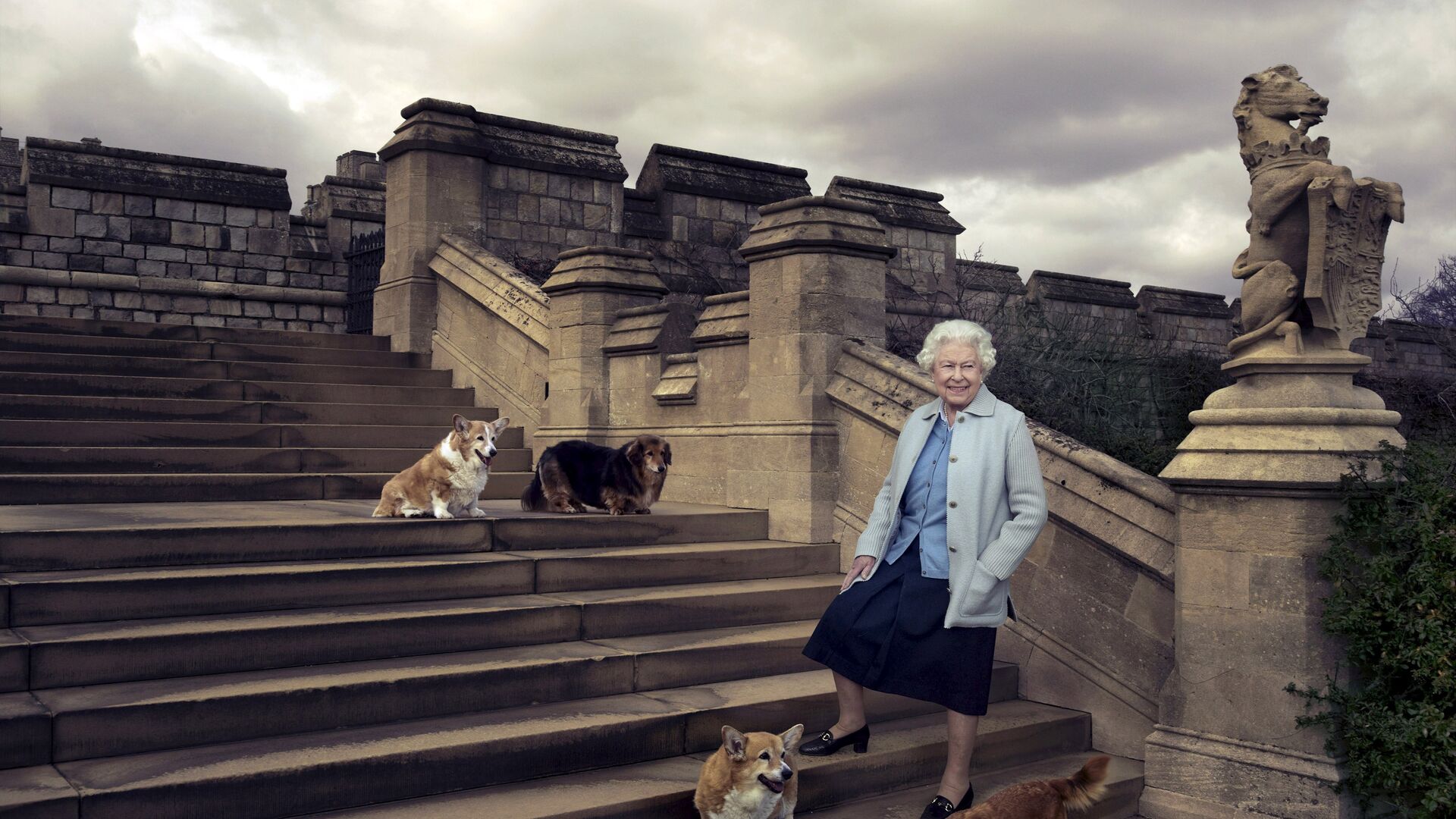 Max Gorbachev
All materialsWrite to the author
On 20 October, the 95-year-old monarch had to scrap her upcoming visit to Northern Ireland after doctors advised her to rest for a few days. That same day she was driven to King Edward VII's hospital for what Buckingham Palace said were "preliminary investigations".
Queen Elizabeth II has been forced to give up walking her dogs as doctors have advised her to rest following a hospital admission, the Daily Mail has reported, citing its sources. The monarch has two corgis and one dorgi (a cross breed between Welsh corgi and Dachshund) and according to insiders her daily promenades with them are a "tonic" that has helped the Queen to stay healthy in her nineties.

The dogs are now currently being walked by her staff the sources told the Daily Mail, adding that the Queen has been taking doctors' orders seriously.

Buckingham Palace said in a statement that the monarch has been in "good spirits" since she returned to Windsor Castle following last week's admission to the hospital. The statement also said that the Queen has been undertaking "light duties". UK media outlets reported that Wednesday was the Queen's first hospitalisation in 8 years.

October has been a busy month for the 95-year-old monarch. The Queen had ten royal engagement in 19 days. During the last one on 18 October, she hosted a reception at Windsor Castle held as part of the Global Investment Summit. Among the guests was Microsoft co-founder Bill Gates and US climate envoy John Kerry.

The Queen is expected to attend the United Nations Climate Change Conference with other members of the Royal Family. The event will be held from 31 October to 12 November in Glasgow, Scotland.
Newsfeed
0
Access to the chat has been blocked for violating the rules . You will be able to participate again through:∞. If you do not agree with the blocking, please use the feedback form
The discussion is closed. You can participate in the discussion within 24 hours after the publication of the article.
To participate in the discussion
log in or register
loader
Chats
Заголовок открываемого материала