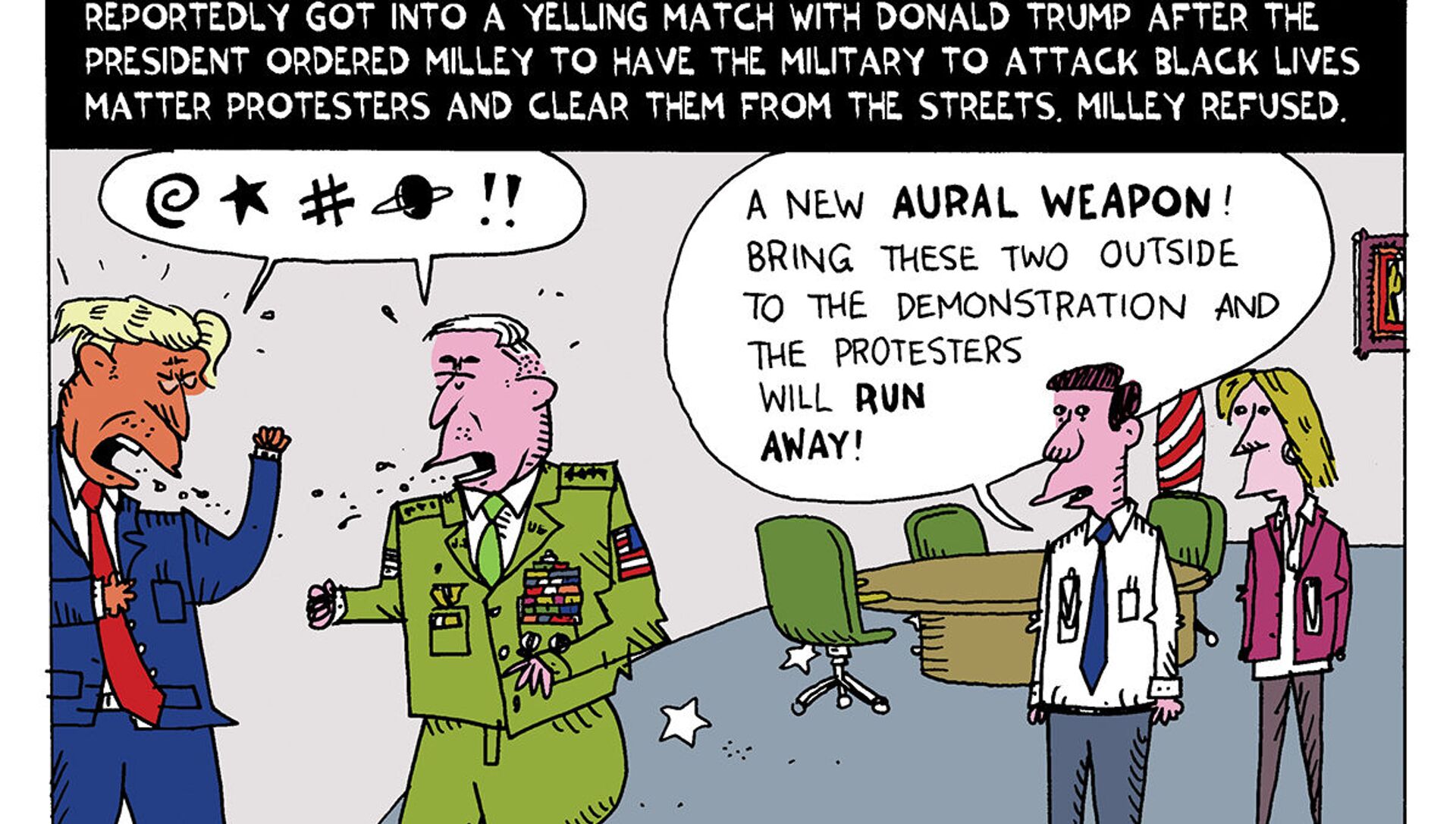 © Sputnik / Ted Rall
Subscribe
Former US President Donald Trump’s response to racial-justice protests in 2020 proved controversial, as many were left stunned after the one-term commander-in-chief tapped violent methods to shutter demonstrations. In fact, at one point protesters were forcibly pushed away from White House barriers for a Trump photo-op outside a nearby church.

New excerpts from an upcoming book by Wall Street Journal reporter Michael Bender recently revealed that Trump engaged in a full-blown shouting match with Gen. Mark Milley, chairman of the Joint Chiefs of Staff, at the height of nationwide protests.

The forthcoming book, titled “Frankly, We Did Win This Election,” details that the eyebrow-raising dispute broke out in the White House Situation Room, and concerned command authority as Trump sought Milley to squash protests.

"I said you're in f***ing charge!" Trump reportedly shouted at Milley, who allegedly “yelled” back at Trump that he was “not in charge.” The tense exchange, which unfolded before a team of officials, including former Attorney General Bill Barr and former Defense Secretary Mark Esper, saw Trump later yell back that Milley “can’t f***ing talk to me like that.”

Although Bender has stated that the shouting match was confirmed by “multiple senior administration officials,” Trump told the outlet that the claims were “totally fake news.” Milley has yet to address the allegations.