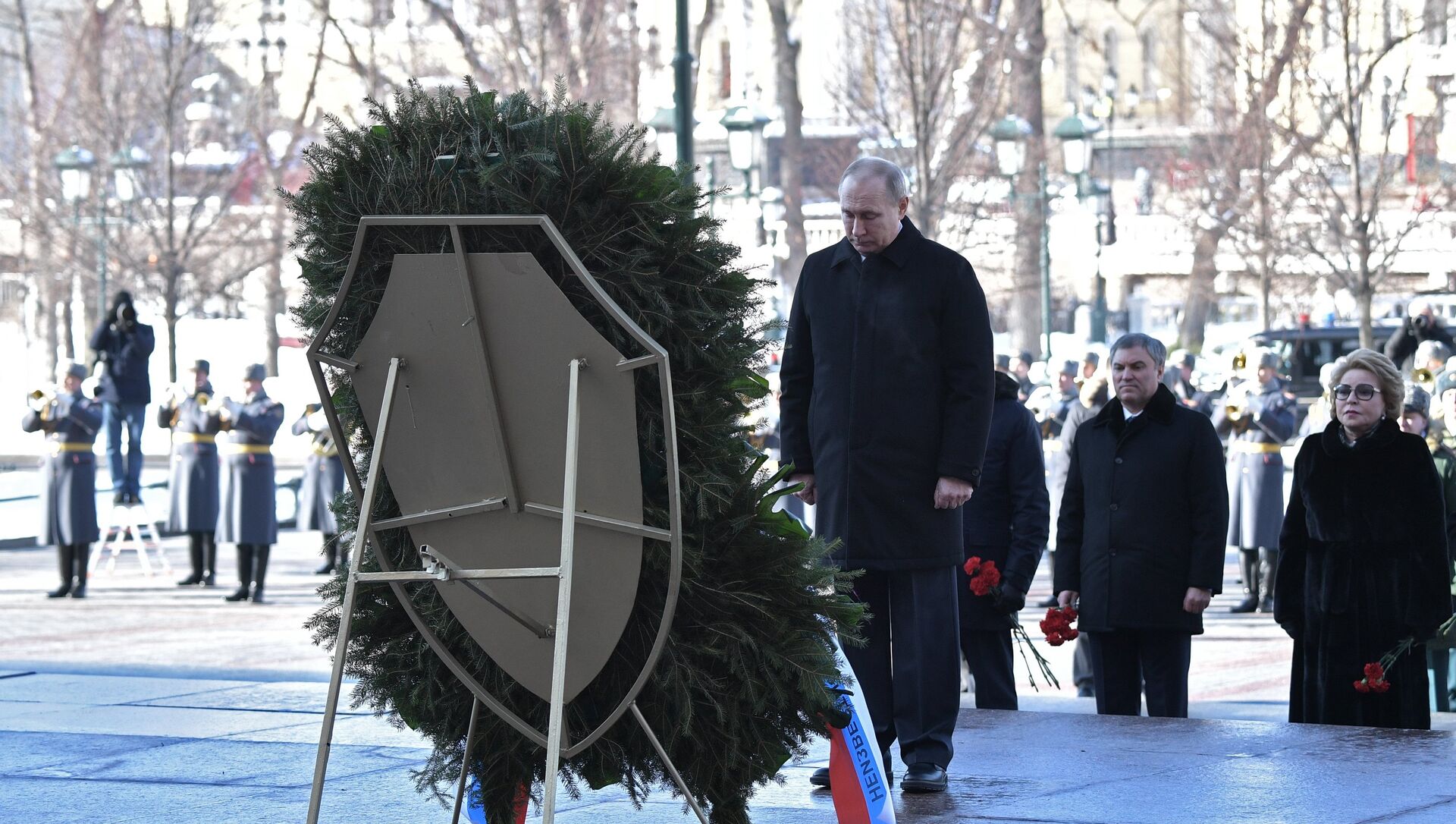 The president gave his speech after a ceremony marking the 80th anniversary of the invasion of the Soviet Union by Nazi Germany. The Great Patriotic War claimed the lives of nearly 27 million Soviet soldiers and civilians and ended in May 1945, when Nazi Germany capitulated.

Russian President Vladimir Putin has attended a ceremony at the Tomb of the Unknown Soldier in Moscow near the Kremlin walls, in order to honour the memory of the Soviet soldiers who sacrificed their lives during the Second World War, fighting against aggressors.

"Today is a tragic date, as the Great Patriot War started exactly 80 years ago. The great-grandchildren of those who stood up to defend our motherland in 1941 from the first minutes of the treacherous attack of the Nazis are already adults. But this day, 22 June still echoes with indignation and sorrow in the hearts of all the generations ... As those woes and those terrible years are literally imprinted in our memory", Putin said after laying flowers at the tomb. 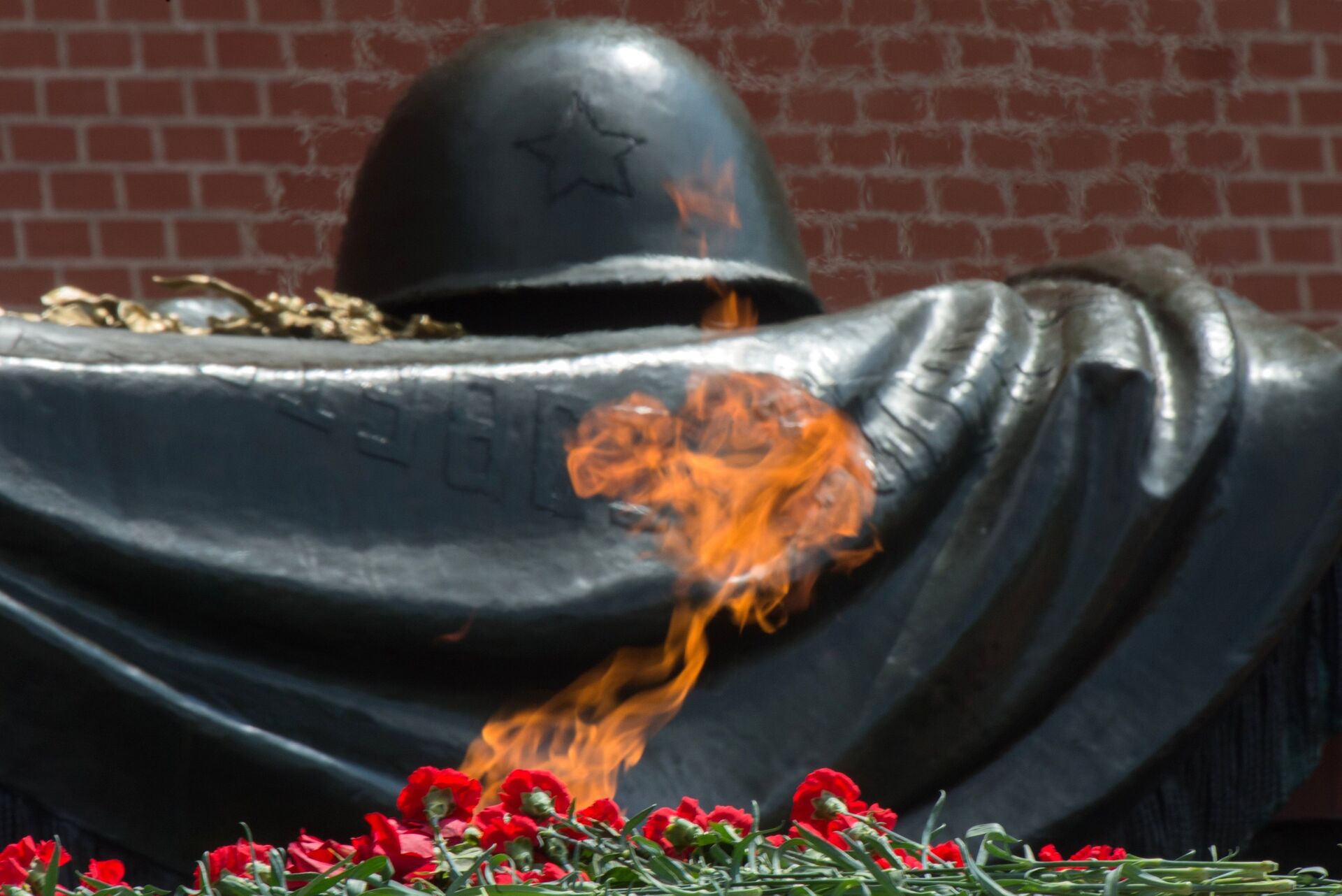 The Eternal Flame at the Tomb of the Unknown Soldier in the Alexander Garden.
© Sputnik / Sergey Guneev
/
Go to the photo bank

"We are doing everything and we will do everything so that our Motherland will always be a great and powerful nation. And we will always be grateful to the victorious people who stepped into immortality, to those who brought us, future generations, life and peace. Eternal glory to those who fell for the freedom and independence of the Motherland! Eternal memory to them!", he concluded.

Earlier in the day, the president penned an article, titled "Being Open Despite the Past", timed to coincide with the 80th anniversary of the beginning of what is known in Russia and the former Soviet Union as the Great Patriotic War. In the article, which was published in the German newspaper Die Zeit on Tuesday, Putin described the memory of the heroes who fought against Nazism as "sacred", saying "we remember with gratitude the allies in the anti-Hitler coalition, participants in the Resistance movement, and German anti-fascists who brought our common victory closer".

In the meantime, as part of a Candle of Memory ceremony, volunteers, veterans, servicemen, and other activists lit 1,418 candles in Moscow - the exact number of days the Great Patriotic War lasted.

Exactly 80 years ago, at dawn on 22 June 1941, Nazi Germany invaded the Soviet Union by attacking Brest, Kiev, and other Soviet cities. The Great Patriotic War ended in May 1945, when the enemy surrendered.