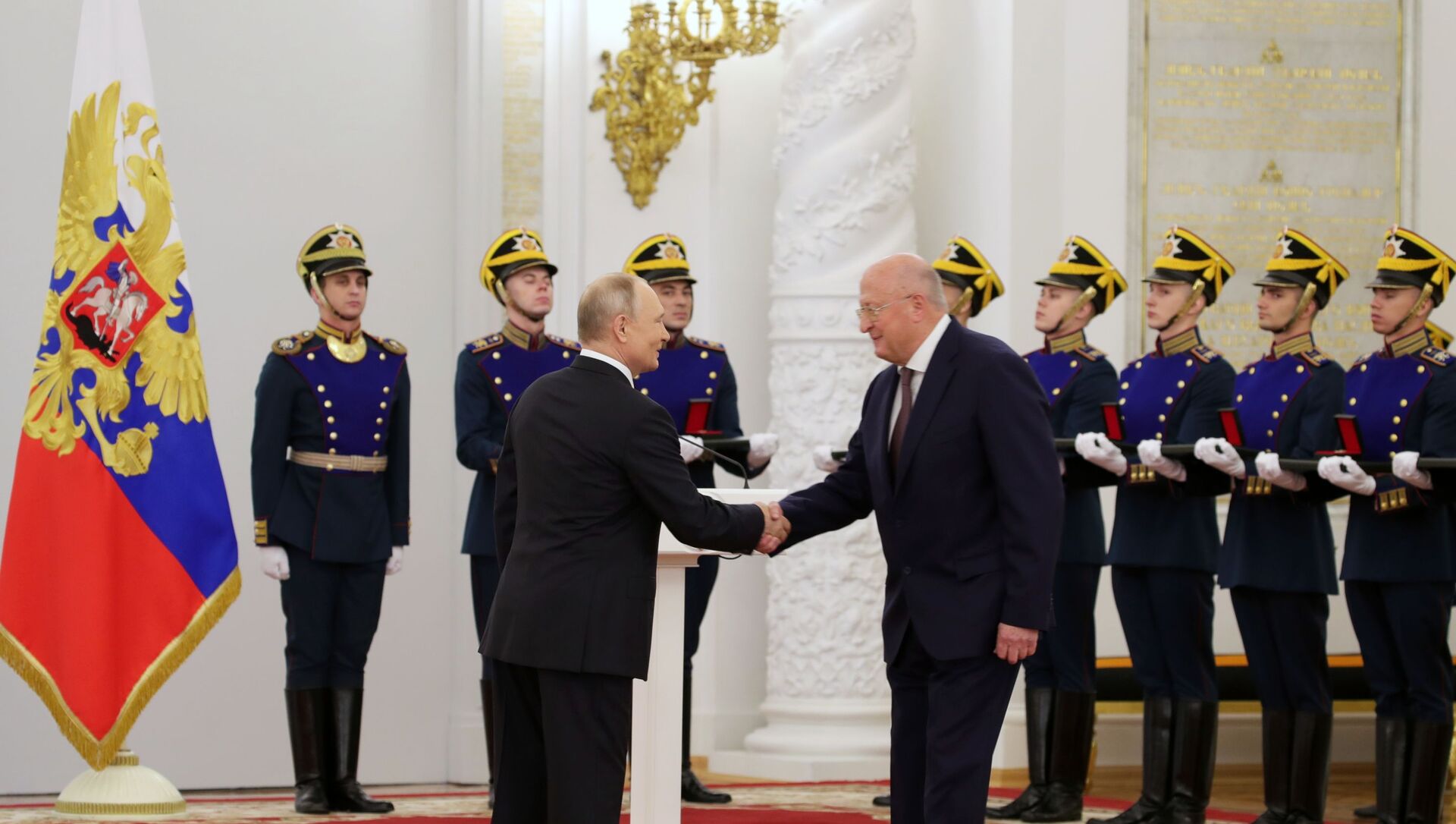 MOSCOW (Sputnik) - Russian President Vladimir Putin on Saturday awarded state prizes to the scientists who developed the country's flagship vaccine against the coronavirus, Sputnik V, and commended the achievement as a triumph of Russian science.

"The power of Russia's science and science education was clearly showcased last year, when people worldwide were waiting for a solution to the pandemic. Our researchers achieved success, even triumph, in the shortest period of time when they created a safe, effective COVID-19 vaccine - Sputnik V", Putin said at the State Prize in Science and Technology 2020 awards ceremony.

The award was given to the Director of the Gamaleya Research Institute of Epidemiology and Microbiology Alexander Gintsburg, the Deputy Director of the Centre for Research Denis Logunov, and epidemiologist Colonel Sergey Borisevich.

"I want to stress that such a result was achieved thanks to unique knowledge accumulated during the creation of other vaccines, such as the one against Ebola. The findings by Russian scientists open doors for the creation of long-awaited vaccines against many other, dangerous, viruses", the president added.

According to Putin, the creation of Sputnik V allowed Russia to ensure that vaccines were available to all citizens as well as to people in countries in need. Putin added that this was "the responsibility of our country as a leading, worldwide scientific power".

The Russian vaccine Sputnik V has been approved in 67 countries covering a total population in excess of 3.4 billion people. Sputnik V occupies second place in the world in terms of the number of approvals received by government regulators and has a 97.6% rate of effectiveness according to results received from vaccinating 3.8 million Russians, the Gamaleya Research Centre reported.