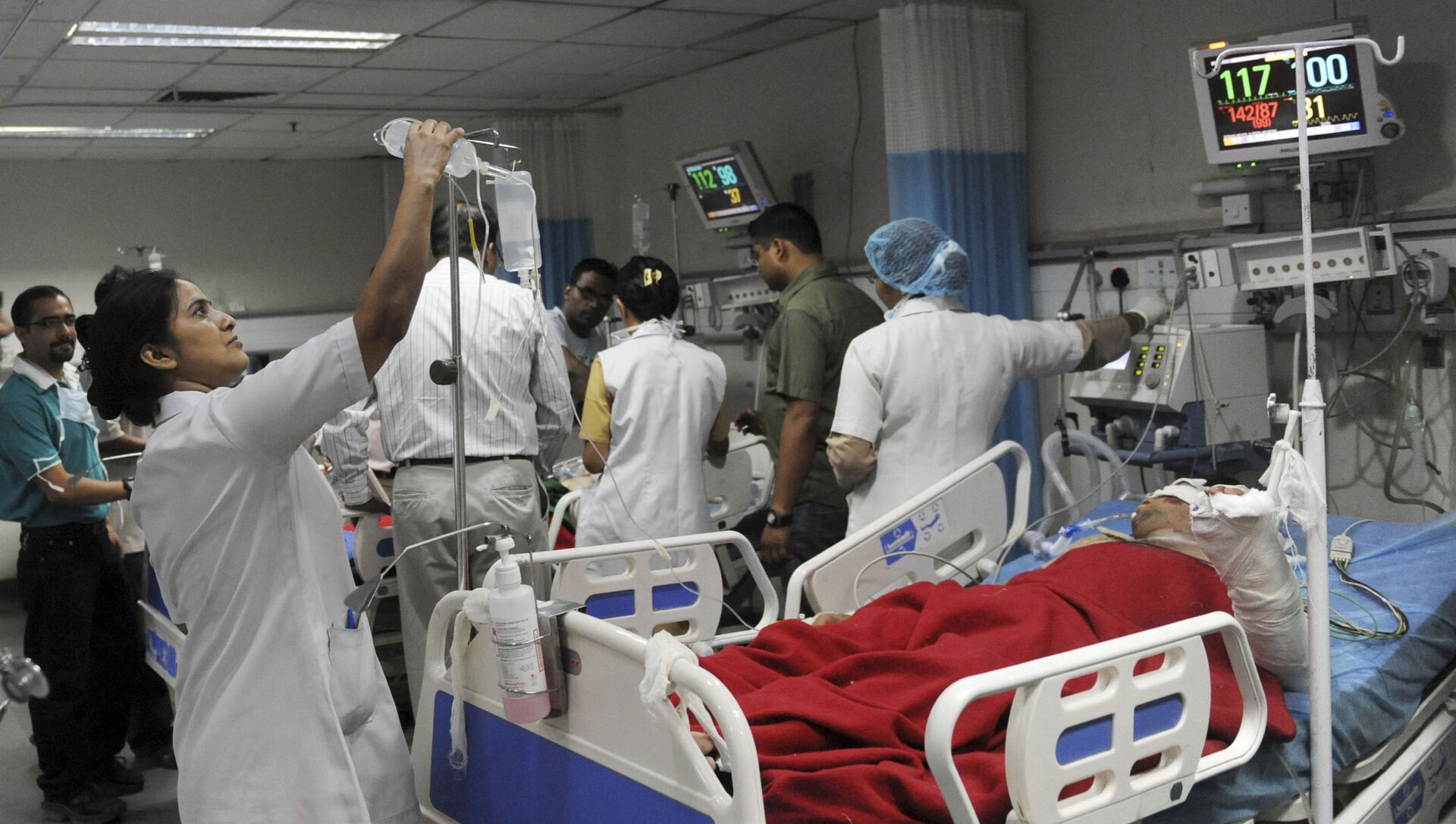 Radhika Parashar
All materialsWrite to the author
Last week, some patients and visitors to Delhi’s Govind Ballabh Pant Hospital complained to authorities that several nursing staff were talking to each other in Malayalam - the dialect of Kerala, way down in India's south. The language is spoken by 35 million 'Malayalis' and the hospital’s choice of action did not go down well with the staff.

Authorities at Delhi's Govind Ballabh Pant Hospital had to apologise on Wednesday for trying to forbid on-duty staff to communicate in the Malayalam language.

In an official statement, the hospital authorities also clarified that their previous directive was issued with an aim to resolve complaints of patients and visitors.

Withdrawing its circular from a week earlier, the hospital authorities said they had “no intention to disrespect any Indian language, region, or religion", when they instructed the staff only to speak in English or Hindi while on the premises.

"The gist of the complaint was that most of the staff communicate in regional languages which make other members of staff, visitors and patients feel isolated and it was asked that this matter be sorted out. But the complaint clearly mentioned Malayalam,” read the letter from the nursing superintendent to the hospital's director, according to media reports.

The letter reportedly states that the only reason to issue the circular was to “avoid confusion among patients and staff because of a language barrier”.

Although Delhi is known as the “melting pot of all cultures” in India, Hindi is used as the common language by majority of the local residents. The other dominant languages used in the city are Punjabi and Urdu.

There are many Malayalam-speaking people from Kerala state who are employed as medical staff in various hospitals across Delhi. However, they are in a minority and their native language is unfamiliar to many which is why some patients and hospital visitors have complained to the authorities over the language's use.

At the Govind Ballabh Pant hospital, the “Malayali” nurses in the hospital were saddened and enraged by the circular and raised the matter with the hospital director who then ordered an inquiry.

According to media reports, Govind Ballabh Pant hospital has around 850 nurses, of which nearly 400 are Malayali.

This is the second time recently that a southern Indian language has come under the spotlight: last week, a major uproar erupted from the southern Indian state of Karnataka when Google Search declared that their regional “Kannadiga” was the “ugliest” in India.

After a massive backlash, Google issued an apology to the Kannada community both in India and around the world. It also removed the controversial result from its search engine.

​In 2018, an Indian media report citing the census said that there are more than 19,500 languages or dialects spoken in India, most of them unofficially. The country has 22 officially recognised languages.