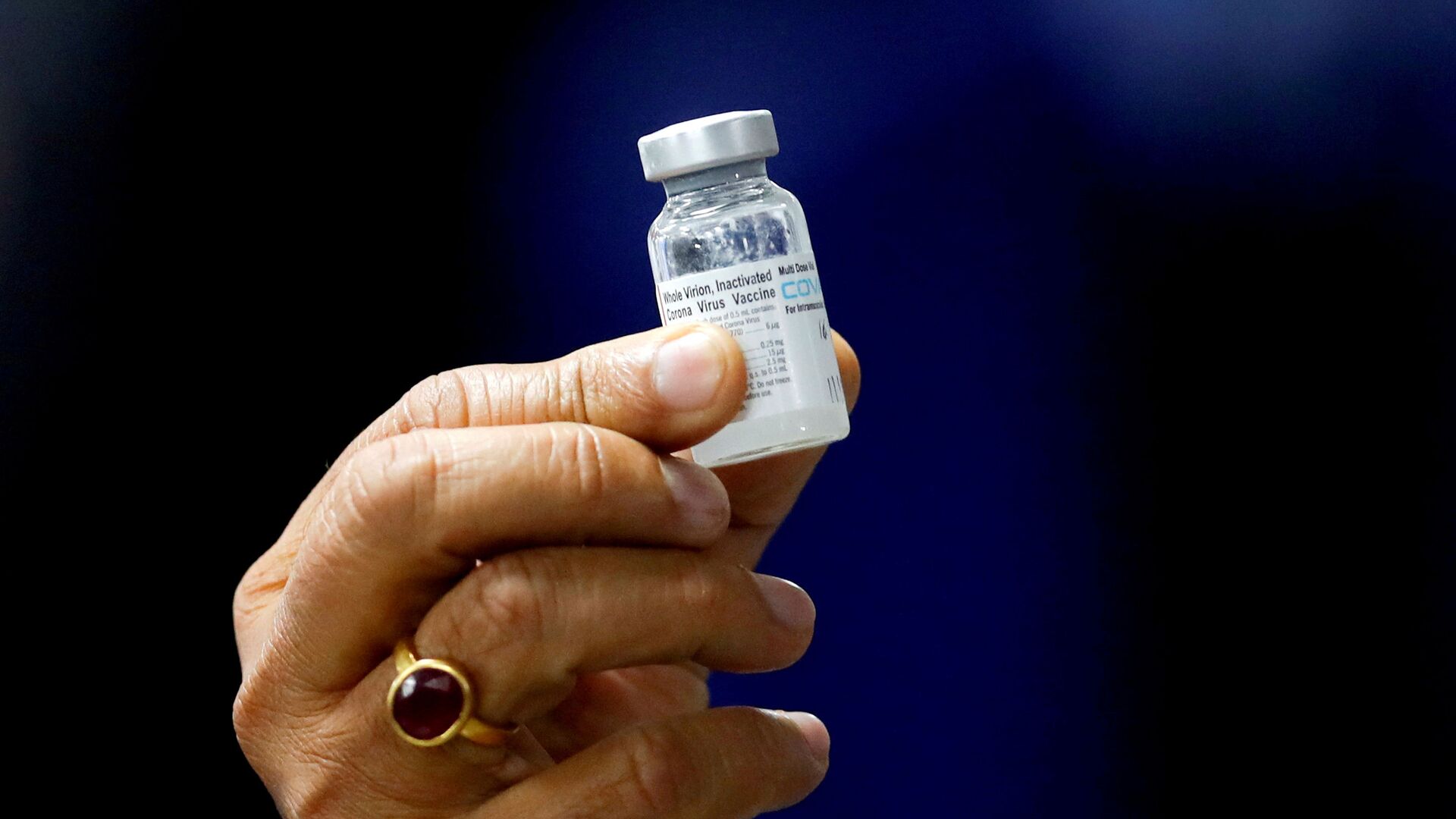 Sushmita Panda
All materials
Several media reports have been doing the rounds, claiming that the Indian government is planning to test the efficacy of mixing doses of vaccines and single shots of Covishield.

India's Health Ministry on Tuesday denied rumours which have been doing the rounds in the media that the government is planning to test how effective a mixed dose of vaccines or a single-shot of Covishield is, and declared that there has been no change to the inoculation schedule with doses of vaccine developed by pharma giant AstraZeneca and Oxford University and made by Serum Institute of India (SII).

Dr Vinod Kumar Paul, NITI Aayog member and head of India's COVID-19 task force, told a press conference that once the first Covishield dose is administered, the second dose will be given after a gap of 12 weeks.

Also, the schedule for Covaxin which has been developed by Bharat Biotech will remain unchanged - ie, the 28-day gap between the first and the second doses will be maintained.

Dr Paul also said that mixing vaccines is not on the agenda yet and both doses will be of the same vaccine, whether that be Covishield or Covaxin. "International research is going on to assess whether vaccines can be mixed - but the possibility of a harmful reaction cannot be ruled out either. It is an unresolved scientific question, science will settle it," he informed media.

At the same conference, Balram Bhargava, Director-General of Indian Council of Medical Research (ICMR) dismissed claims that the country's supply of vaccines was running short: "By mid-July or August, we will have enough doses to vaccinate 10 million people per day. We are confident of vaccinating the whole population by December."

Recently, around 20 people in Uttar Pradesh state’s Siddharth Nagar District were accidentally given Covaxin shots as a second dose after being given Covishield for their first jab. Medics continue to monitor patients who received two different vaccines, and, so far, they say there are no health concerns.

How Plausible is the Idea of a Single-Shot Covishield or Mixed Vaccines?

Though some of the vaccine experts say a mixture could be a good move they are concerned about following the route of a single dose of Covishield.

Dr Manohar Kathige Nageshappa, Consulting Physician at Manipal Hospital, a believer in the notion that "necessity is the mother of invention", tells Sputnik that "in adversity, we may find opportunities".

"We had to think of innovative strategies to vaccinate the large population at the earliest opportunity, but how far would you compromise the science?" he asks. "How easy would it be to convince the public? Single-dose and mixing vaccine studies are underway. We need to wait for the results to see the respective efficacy in about three months or so. The efficacy of a single dose of Covishield was about 67 percent or so."

Dr Manohar, who participated in the COVAT study (Coronavirus Vaccine-induced Antibody Titre study) to weigh the efficacy of vaccines among doctors, also stated that the inadvertent mix in 20 people in Uttar Pradesh raised several issues. The mixed "vaccines" have no side effects so far as they have been inoculated deliberately in the UK and several other countries, but the official results have not been released yet, although Spain claims immunity was enhanced with a mix of Astra Zeneca and Pfizer.

Dr Paul also said earlier that in-depth research was needed to check whether mixing vaccines is effective. According to Dr Shafiq A M, co-founder and chief executive of the Specialist Hospital in Bengaluru city, there is no doubt that a single dose vaccination drive will cover a much wider base of the population in a shorter time. It will also be easier on the population, given that they need not worry about a second jab, once they have taken the single-dose vaccine.

"In fact, Covishield started as a single dose vaccine but the efficacy of the vaccine was found to be better with two doses. It is still a bit premature to evaluate the effectiveness of a mixed vaccine, as it would require in-depth studies of the results," he told Sputnik on Tuesday.

Dr Chandrashekhar T, chief intensivist at Fortis Hiranandani Hospital Vashi in Mumbai city, was keen to refer to the findings of a recent study conducted by the University of Oxford, the Office of National Statistics (ONS), and the Department for Health and Social Care (DHSC) based on understanding the effect vaccination has on antibody responses and new infections in a large group of adults from the general population aged 16 years and older.

"This study revealed that 21 days after a single dose of either Oxford-AstraZeneca or Pfizer-BioNTech vaccines (with no second dose), the rates of all new COVID-19 infections had dropped by 65 percent, symptomatic infections by 72 percent, and infections without reported symptoms by 57 percent," he told Sputnik.

He also stated that this is good evidence as this study involved analysis of 1,610,562 test results from the nose and throat swabs taken from 373,402 study participants between 1 December, 2020 and 3 April, 2021. Similarly, another study published on the medRxiv* medical website also highlighted that the vaccines in a single dose appeared to reduce the risk of contagion, Dr. Chandrashekhar added.

In India, currently SII's Covishield and Bharat Biotech's Covaxin are the two main vaccines used in the nationwide vaccination drive against coronavirus.