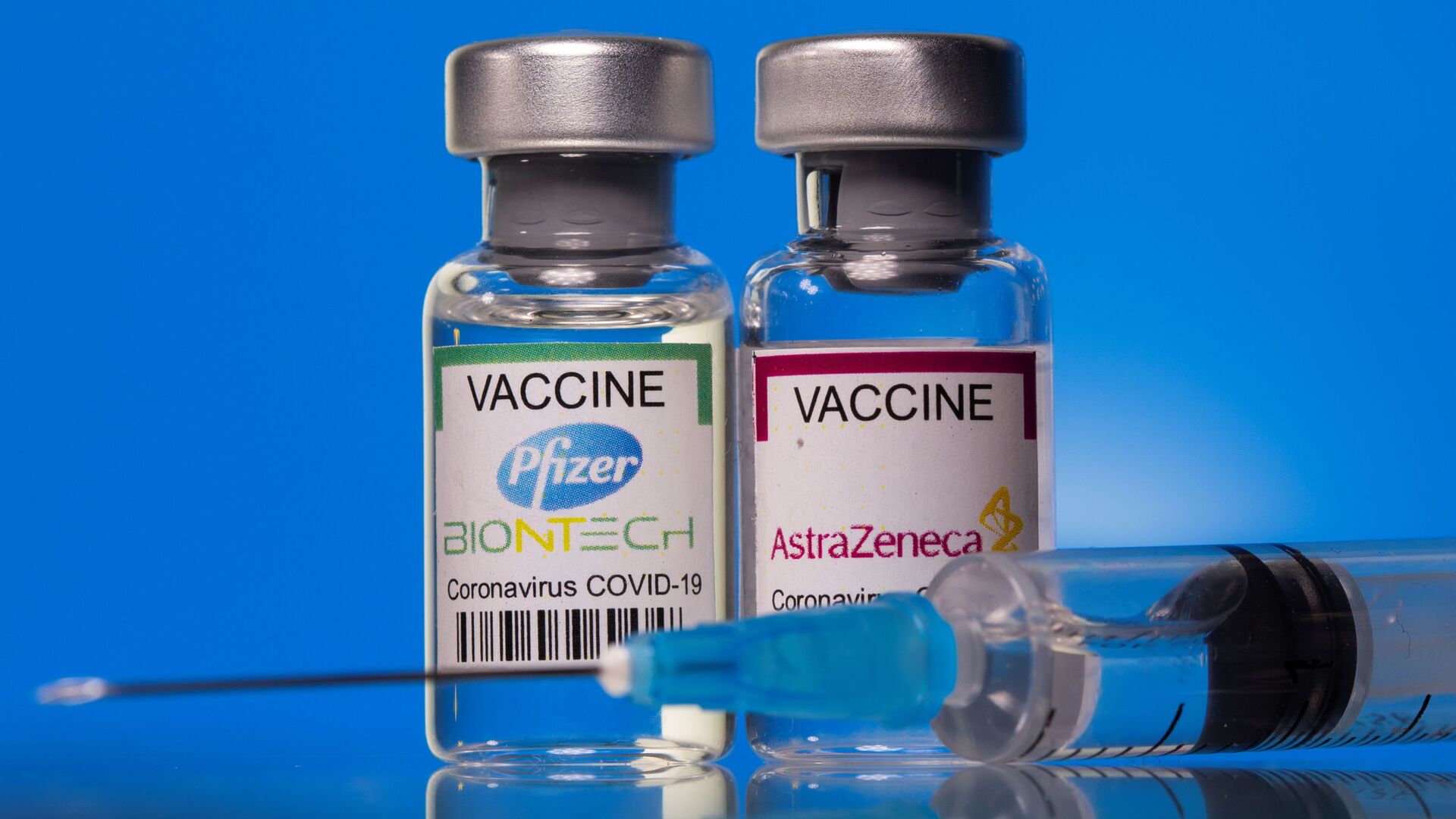 © REUTERS / DADO RUVIC
Subscribe
Ekaterina Blinova
All materialsWrite to the author
AstraZeneca has issued a report for health professionals concerning growing vaccine hesitancy, particularly towards adenoviral vectored jabs. Major Western media outlets did not bother to check out the report when fuelling speculation about an anti-Pfizer smear campaign that was groundlessly attributed to Russia.

It has become commonplace for US and EU journalists to pin the blame on Russia for whatever happens in the Eastern or Western Hemispheres – from "stealing" the 2016 presidential election from Hillary Clinton to blowing up some old arms depot in a Czech village.

When French media outlet Numerama found out that a "mystery agency" named Fazze had reached out to French social media influencers asking them to throw shade on Pfizer's COVID vaccine based on an internal report by AstraZeneca, "Russia" was apparently the first thought that crossed the mind of Numerama's journalists.

Russians Did It Again, Never Mind the Facts

Numerama did not accuse Russia directly. However, it mentioned here and there that a LinkedIn search for Fazze found "only one employee, who claims to have done internships for Russian companies before"; that its site "offers the possibility of connecting with Facebook, Twitter and Vkontakte, the most used social network in Russia"; and that the agency "echoes most of the arguments that the official Sputnik V vaccine account shares on Twitter". Neither did the French media outlet note that VKontakte has long since gone global, nor did it specify which of Sputnik V's "arguments" it was referring to.

More Deaths Among Vaccinated With Pfizer Than AstraZeneca - AZ Report
Still, these tips were enough for The Guardian and The Washington Post to double down on speculating about the alleged "Russia trace". Thus, The Guardian called it "a supposedly UK-based PR agency with apparent Russian connections", while The Washington Post claimed that "French officials reportedly believe it could be linked to Russia".

The new "Russia Did It" story spread like wildfire. What was left beyond the scope of the media "investigators" was Fazze's notion of a leaked AstraZeneca report and a scan of a chart showing vaccine fatalities from AstraZeneca, Pfizer, and Johnson & Johnson's jabs. Busy with their fishing expedition, virtually no one in the mainstream media appeared to be interested in where the chart came from.

However, it turns out that the fatality figures labelled "false" and "conspiratorial" really were part of AstraZeneca's report that was sent to health regulators in a number of countries.

The report, titled "Restoring Confidence in COVID-19 Vaccines and Improved Co-operation Between Regulatory, Healthcare Agencies and Pharmaceutical Companies – A Call for Action”, not only acknowledges that vaccines are indeed associated with some risk, but also presents two charts specifying side effects of leading Western jabs, with the first table showing that Pfizer’s drug has a worse mortality rate per million doses than AstraZeneca's in all countries listed, except in the UK

AstraZeneca's report specifically bemoans the bias against adenoviral vectored vaccines as well as attempts to restrict them after rare instances of thrombosis with thrombocytopenia emerged:

Major Danish-Norwegian Study Concludes Benefits of AstraZeneca Vaccine Outweigh Risks
The pharma company further raises the alarm over health agencies' recommendations that people who received their first dose of AstraZeneca's COVID-19 jab should get Pfizer's mRNA vaccine for their second dose, warning that there is not enough data to confirm the efficacy of such a measure.

The Swedish-British firm confirmed the authenticity of the report to Sputnik, adding that the information "was not intended to be widely disseminated"; however, the limited access does little to explain why respected publications chose to ignore its existence.

The only feasible explanation appears to be that any Moscow-related conspiracy generates more clicks than publishing a report that calls for stopping demonisation and improving transparency when it comes to the only means to stop a global pandemic.