Earlier this week, clashes between Arab families who have been evicted from their homes in East Jerusalem and Israeli police spilled over into a large-scale confrontation, with Gaza and Israel firing missiles at each other.

On Saturday, Israeli forces attacked the Jala Tower in Gaza City, which housed the newsrooms of the Associated Press and Al-Jazeera, as well as residential apartments. The airstrike completely destroyed the building.

According to the IDF, Tel Aviv targeted the tower because the Palestinian Hamas group was allegedly using it for military intelligence purposes.

AP CEO and President Gary Pruitt issued a statement saying his company was shocked to learn about the Israeli attack.

Check out Sputnik's gallery to see the moment of the strike and its aftermath. 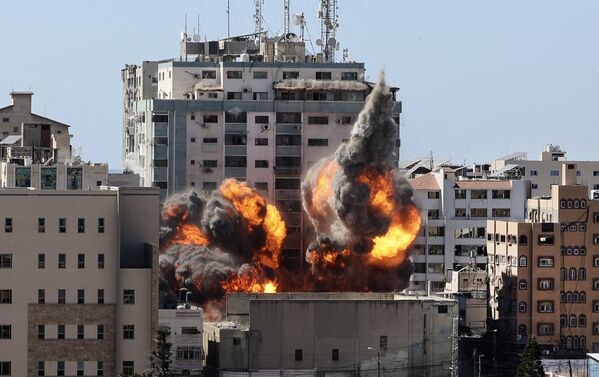 1/10
© AFP 2022 / Mahmud Hams
A ball of fire erupts from the Jala Tower as it is destroyed in an Israeli airstrike in Gaza city controlled by the Palestinian Hamas movement, on 15 May, 2021. - Israeli air strikes pounded the Gaza Strip, killing 10 members of an extended family and demolishing a key media building, while Palestinian militants launched rockets in return amid violence in the West Bank. Israel's air force targeted the 13-floor Jala Tower housing Qatar-based Al-Jazeera television and the Associated Press news agency. 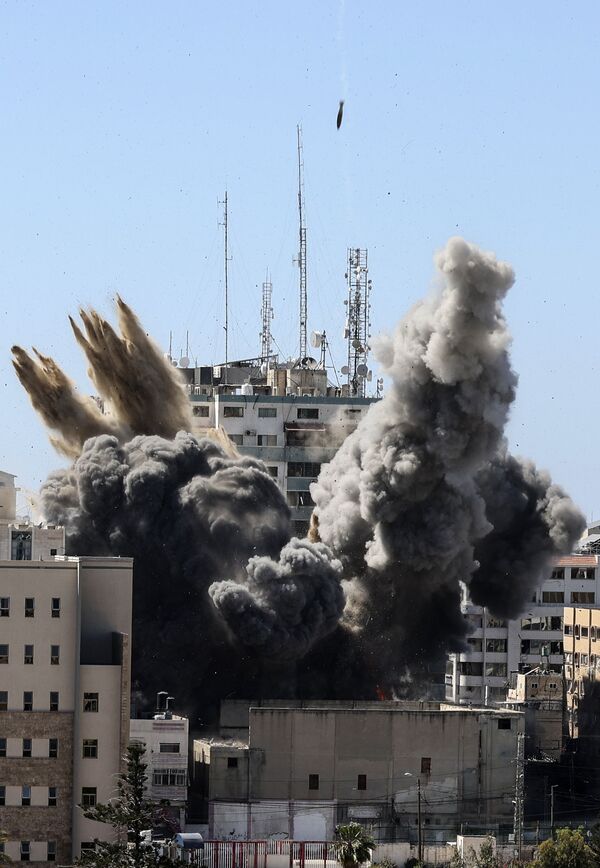 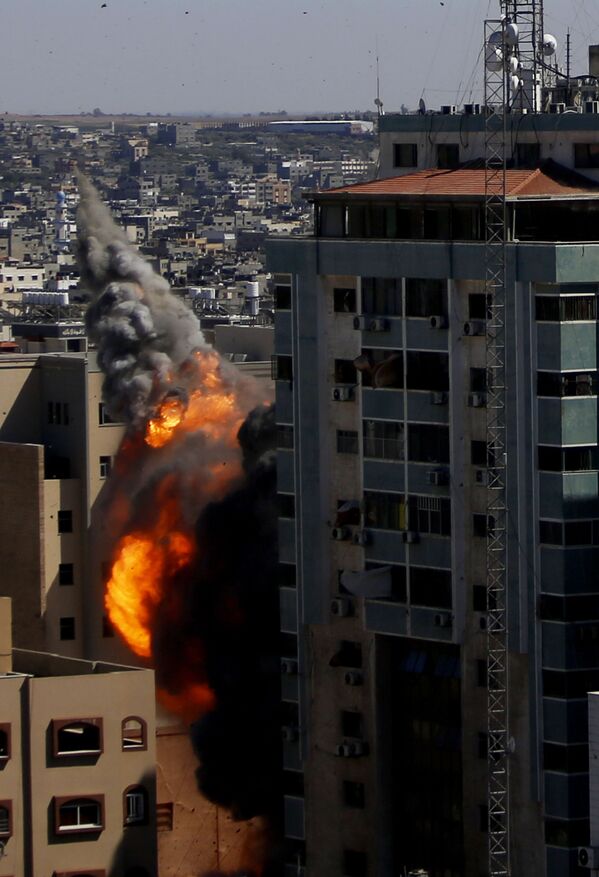 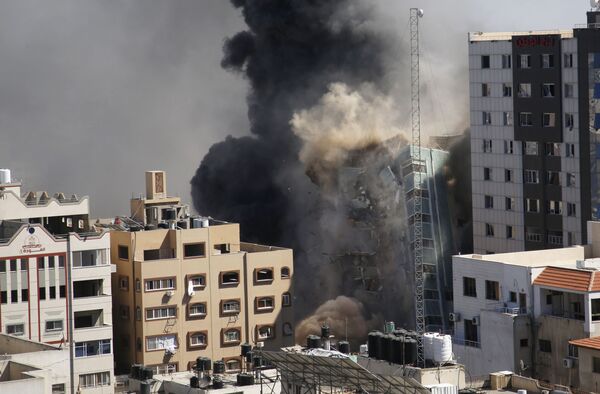 4/10
© AP Photo / Hatem Moussa
Another view of the ill-fated building. 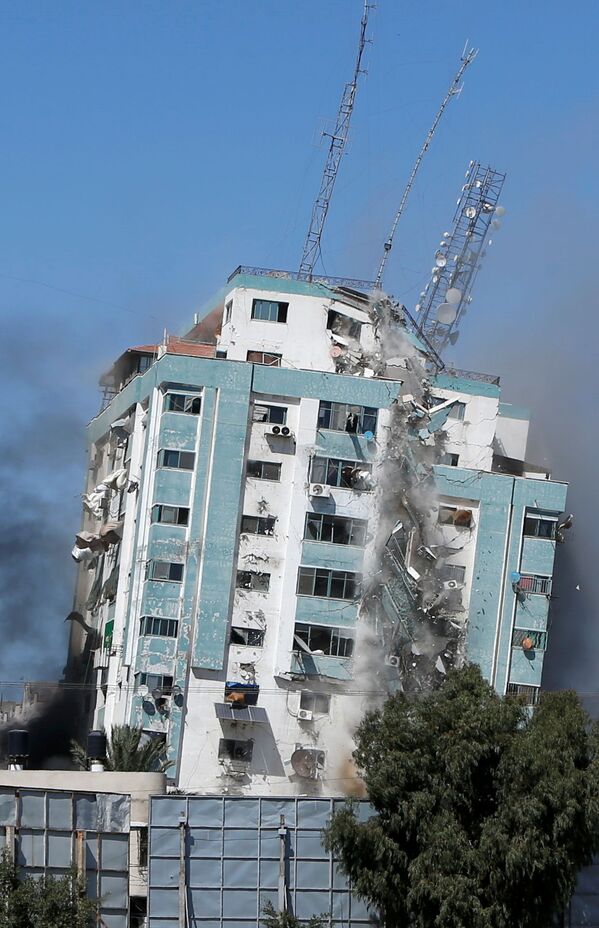 5/10
© REUTERS / Mohammed Salem
The tower collapses after the Israeli missile strike in Gaza. 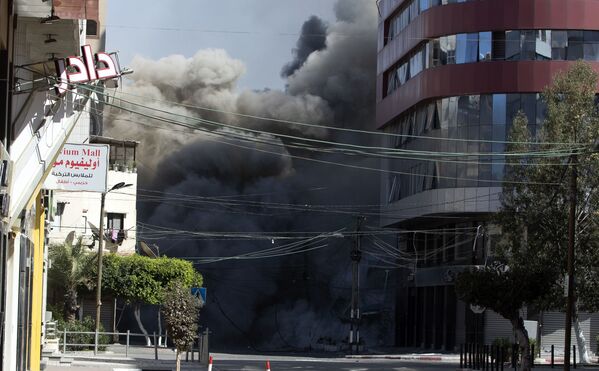 6/10
© AP Photo / Khalil Hamra
Another view as the building collapses. 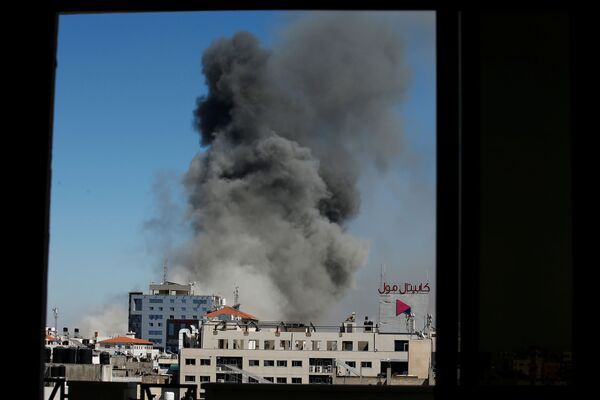 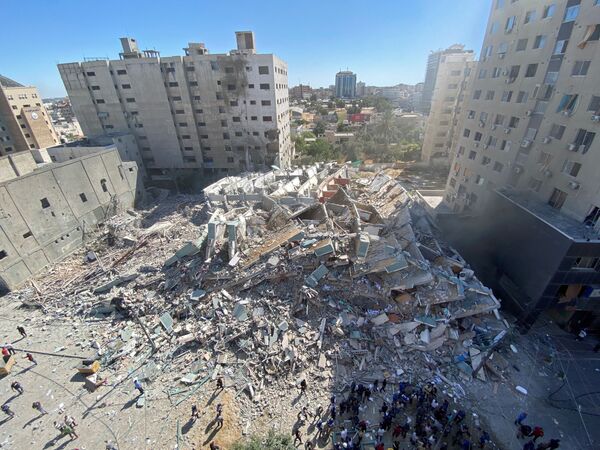 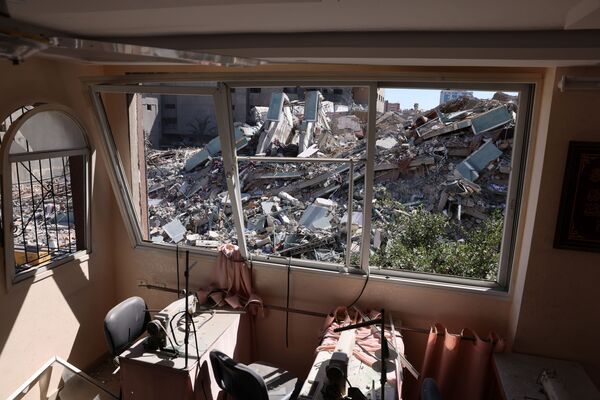 9/10
© REUTERS / Mohammed Salem
The building has been reduced to rubble. 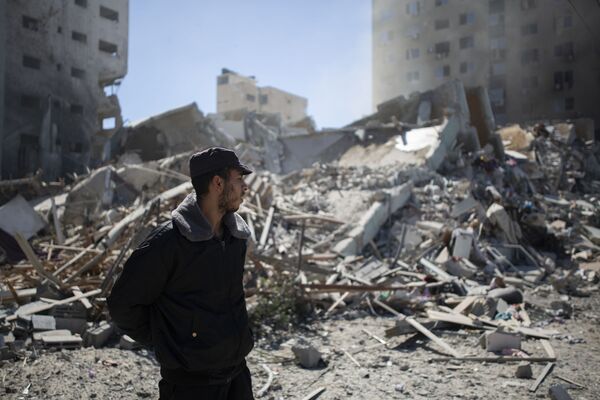