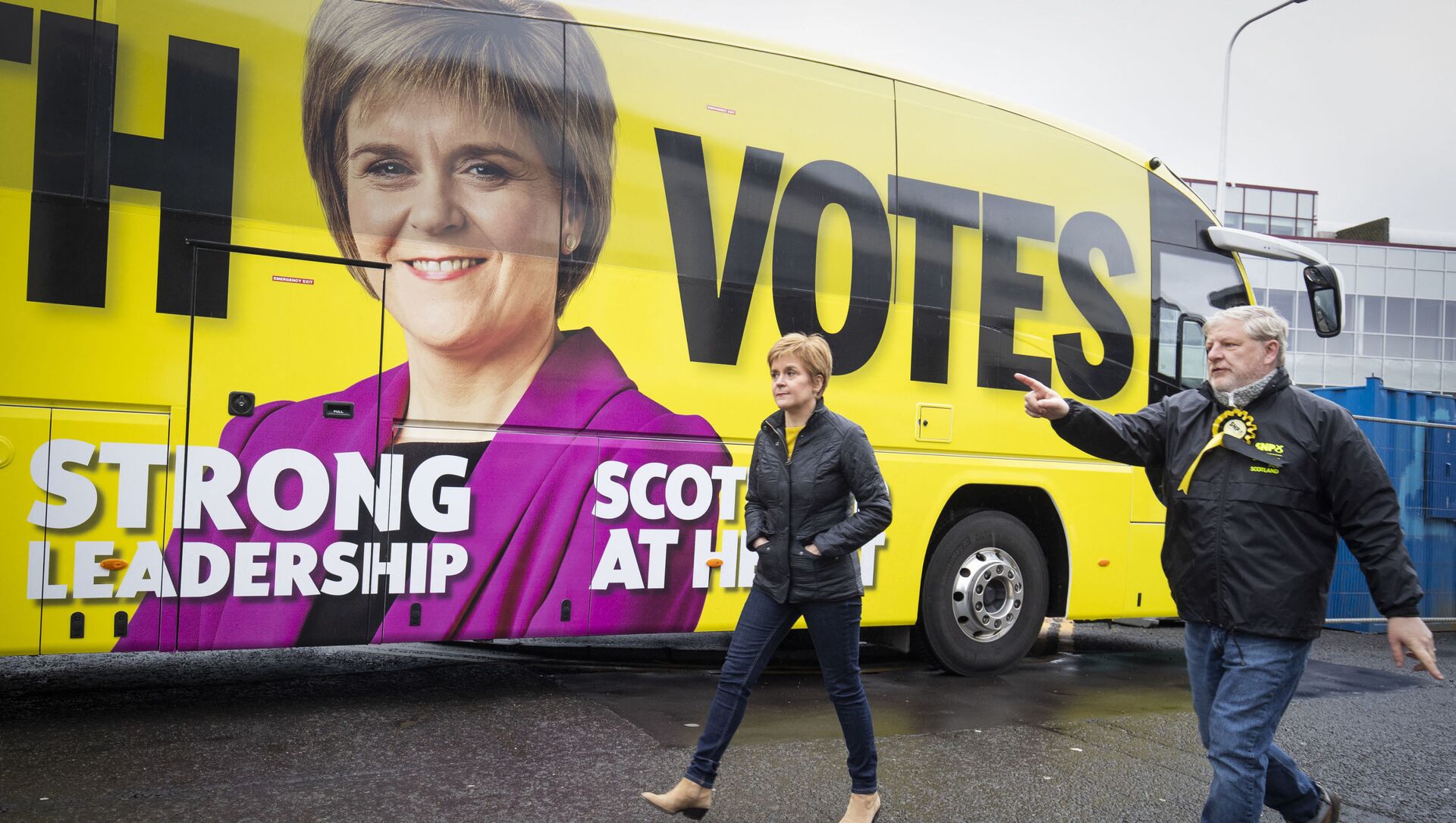 Ekaterina Blinova
All materialsWrite to the author
Even if Nicola Sturgeon's Scottish National Party (SNP) secures the majority of seats in the Scottish parliament, that does not automatically mean that they will gain the right to hold a second independence referendum, say British academics, explaining what risks this situation could be fraught with.

On 6 May, Scotland will hold its sixth legislative vote, with all 129 members of the Scottish Parliament being elected. Earlier, Scottish First Minister Nicola Sturgeon vowed to demand No 10 to green-light a second referendum on independence if the Scottish National Party (SNP) wins a majority.

During the 2014 plebiscite, Scots voted by 55 percent to 45 percent in favour of staying in the UK. However, Prime Minister Boris Johnson has repeatedly signalled that he would deny Holyrood's second independence request. 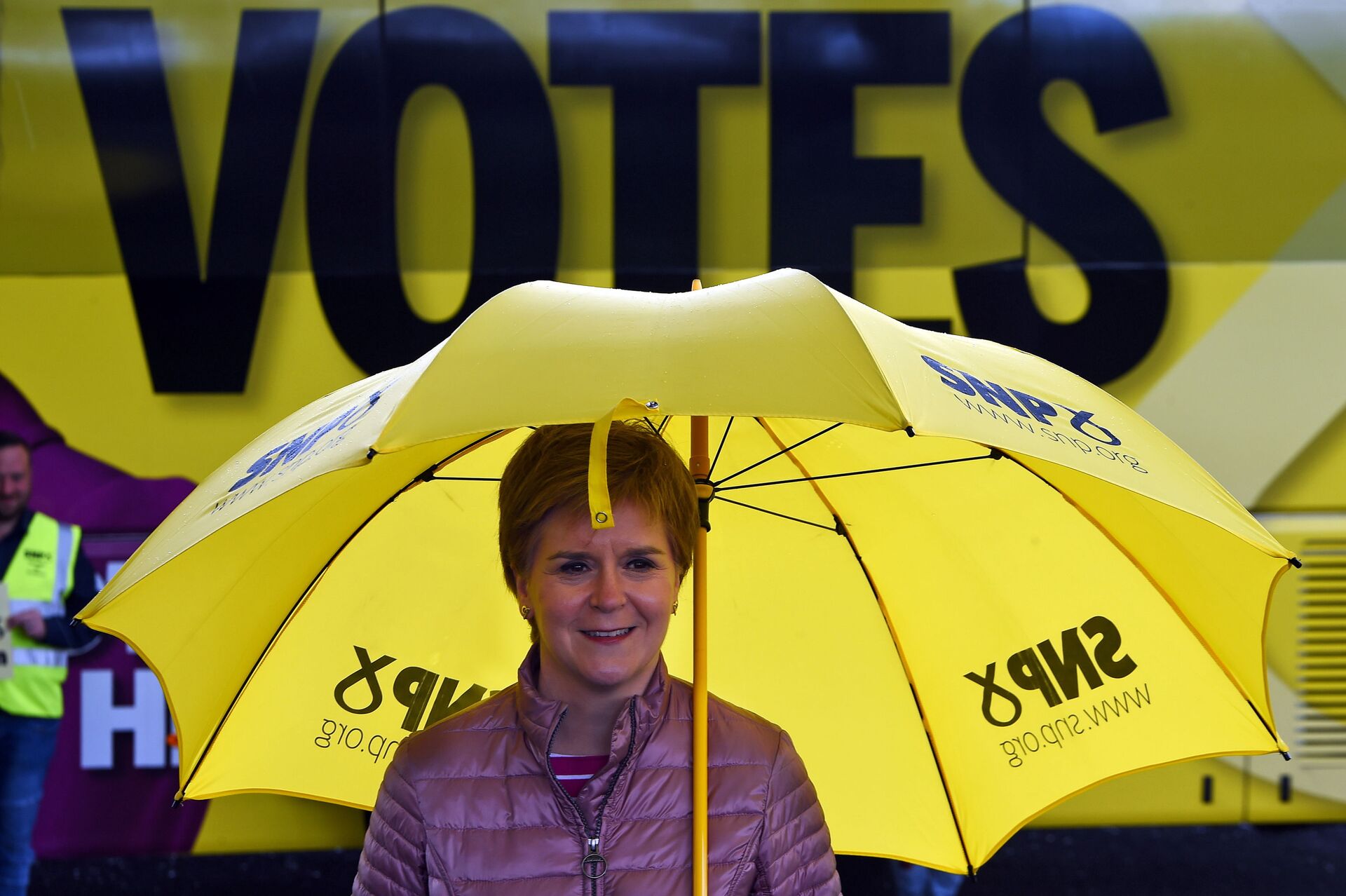 "The elections in the Scottish parliament are going to be very interesting in that the SNP are openly campaigning that they want to revisit an independence referendum," says Alistair Jones, associate professor in politics at De Montfort University, UK. "They're arguing that they've been pulled out of the EU without their say so. So, the SNP are campaigning for this referendum."

The SNP is not the only Scottish party seeking to break from the United Kingdom: the Scottish Greens and former First Minister Alex Salmond's Alba Party are campaigning for the same. Even if the SNP fails to secure most seats, Sturgeon would still be able call for another referendum if there is a majority of pro-independence parties in the parliament.

NEW: Poll of 1,500 Scots for @STVNews has SNP on course for a majority in tomorrow’s election, winning 50% of constituency vote to give the follow seat projection.

​Meanwhile, the latest Ipsos MORI poll for STV News forecasts that the SNP is likely to gain 68 seats. The Scottish nationalists are followed by the Conservative Party and Labour, with Greens and Liberal Democrats ranking fourth and fifth, respectively.

"Conservative, Labour, Liberal Democrats are all campaigning to stay in the union in effect," says Jones. "So, they actually don't want to discuss independence at all. They want to move on, look at post-COVID, and things like that."

For its part, the Alba Party is not doing particularly well: it is only expected to get about eight seats, according to a Scot Goes Pop/Panelbase survey. However, even this outcome could be a long shot for Alba, Jones believes.

⚪ How many MSPs do you have?

⚪ Why are there 2 ballot papers on voting day?

If you are going to vote in May's @ScotParl elections, our video below may help you better understand how the vote works ⤵pic.twitter.com/X9KFhXcYJR

​"If the Alba Party does gain a few seats and I do not think it will gain very many, if any at all, they may hold the balance of power in a coalition with the SNP and the Greens," the professor says.

It appears extremely unlikely that Alex Salmond's party is indeed going to significantly enhance the number of independence MSPs in the new parliament, deems Sir John Curtice, professor of politics at Strathclyde University.

"Therefore, as a result, probably even if Mr. Salmond himself gets elected, he's not going to have much leverage in the new parliament," Curtice suggests. 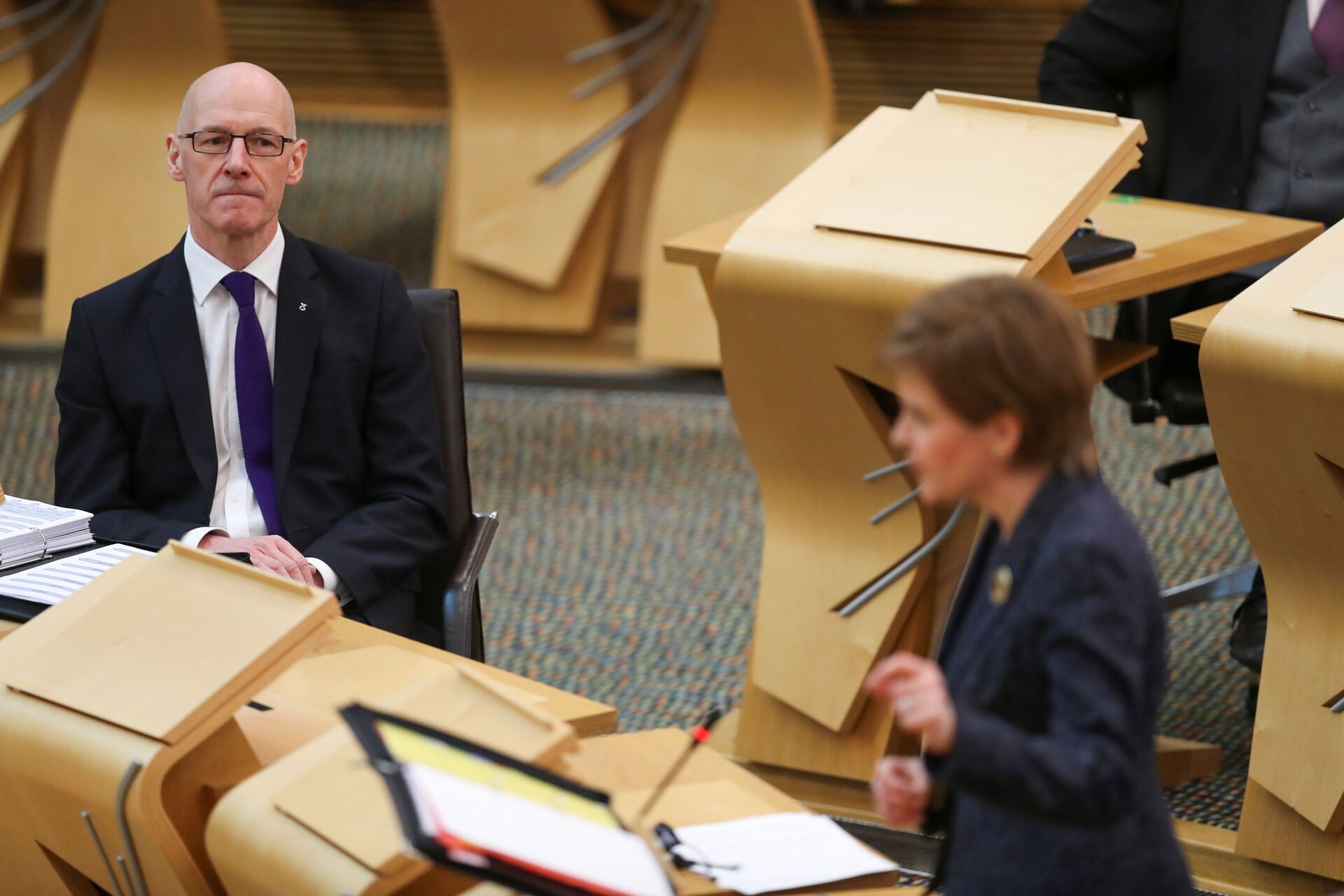 Is a Second Referendum Possible?

The growing pro-independence sentiment in Scotland could pose a serious challenge to the British PM, the observers believe.

Still, Johnson has a card up his sleeve: while Sturgeon might have a moral right to request a second referendum, she does not have the power to hold one, says Alistair Jones.

"When devolution was set up in Scotland, there was a list of reserved powers," he notes. "These were the areas that Westminster, the British government, retained control over - foreign affairs, constitution, benefits, things like that. Everything else was devolved. But independence, holding a referendum is still a decision to be taken by Westminster."

The British premier has already made it clear that he will not countenance another referendum, but this position is fraught with risks for both the Scottish leadership and Westminster, according to Jones. If the majority of Scottish MPs would seek independence, that might "cause a constitutional crisis potentially in the UK and specifically in Scotland," he believes.

​"What it [the independence referendum] will do is to increase the pressure on the UK government to at least say something other than simply 'no' to another referendum, simply because, of course, back in 2011, the SNP got an overall majority," suggests John Curtice.

In 2011, then UK conservative Prime Minister David Cameron accepted that the SNP had secured virtue of their overall majority and the moral right to hold a referendum, the professor notes, adding that PM Johnson would try to prevent the precedent from repeating.

🚨 NEW: Senior ministers think Boris Johnson will be forced to give Scotland a new referendum on independence if nationalists win a “supermajority” in the Holyrood elections

​"I don't think we should assume that if the SNP get an overall majority, there's going to be a referendum any time soon," he believes. "I'm not even sure the SNP or at least Nicola Sturgeon wants a referendum that early. But at some point in the course of the next five years, the question will certainly be posed to the UK government."