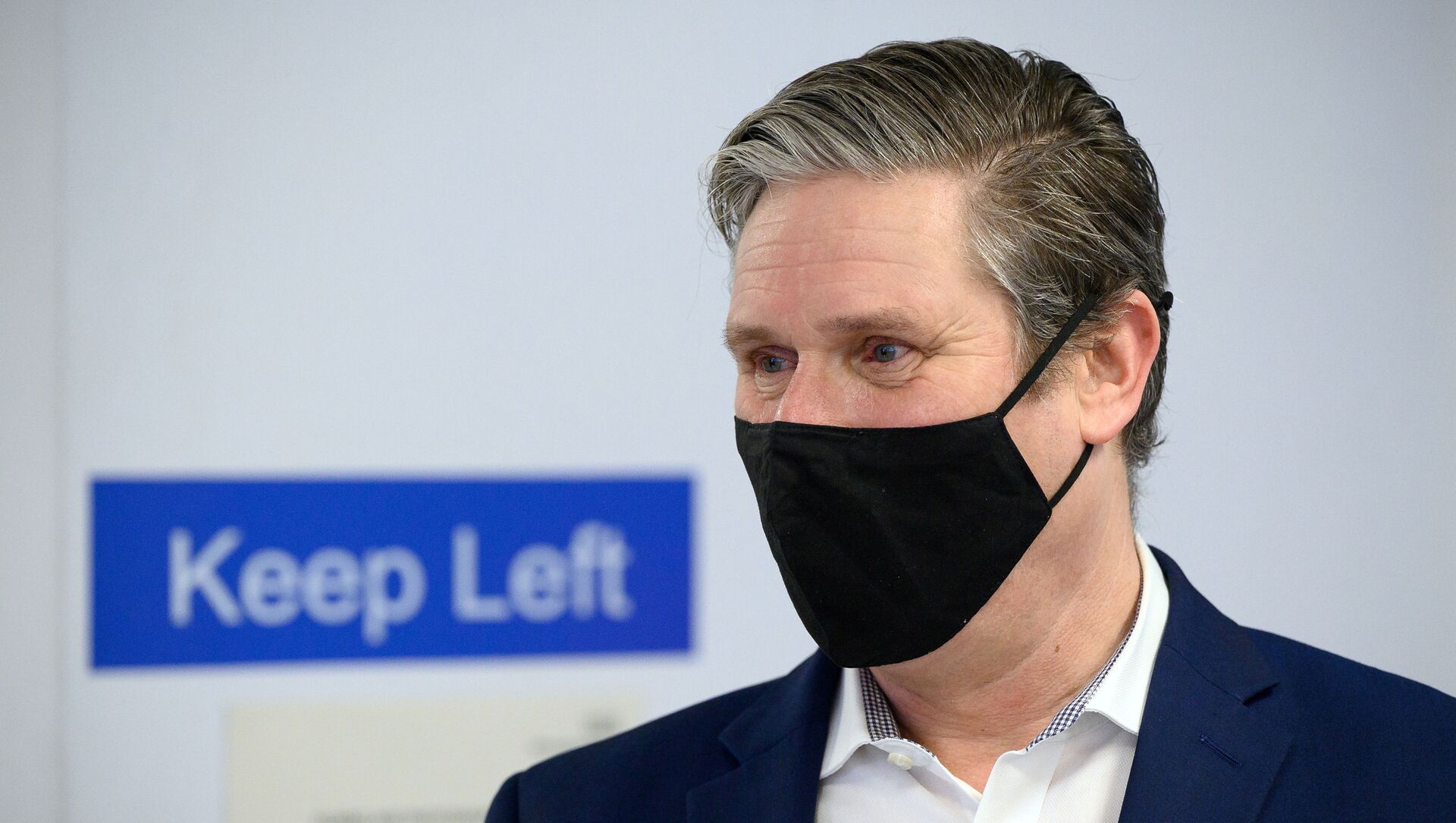 Arty Katkov
All materialsWrite to the author
In February a YouGov poll showed that Starmer's favourability ratings had fallen to their lowest point from a record high last year.

UK Labour leader Keir Starmer is losing ground with working-class voters and sinking in the polls, with the Conservatives enjoying an 11 percent lead, a new survey revealed.

The YouGov poll showed that Labour are down one point this week, with 33 points. It also revealed that they are also behind the Tories among working-class people, with 29 points compared to the Conservatives’ 48.

The poll comes amid the latest political stunt by Keir Starmer, who attempted to mock Boris Johnson for the recent cash-for-curtains row.

While the Prime Minister faces multiple probes into claims he had spent up to £200,000 on a refurbishment of his official flat at No11 Downing Street, Starmer attempted to exploit the situation, posing for pictures with rolls of wallpaper in a John Lewis store while on the campaign trail in Manchester.

Starmer took over Labour from his predecessor Jeremy Corbyn in April 2020 with the pledge to make a “constructive opposition” in Parliament.

Yet the Labour leader has come under fire in recent months, accused of excessive caution, not levelling enough blows at Johnson for ‘mismanaging’ the COVID-19 crisis, and generating an internal split by snubbing Corbyn’s staunch supporters.