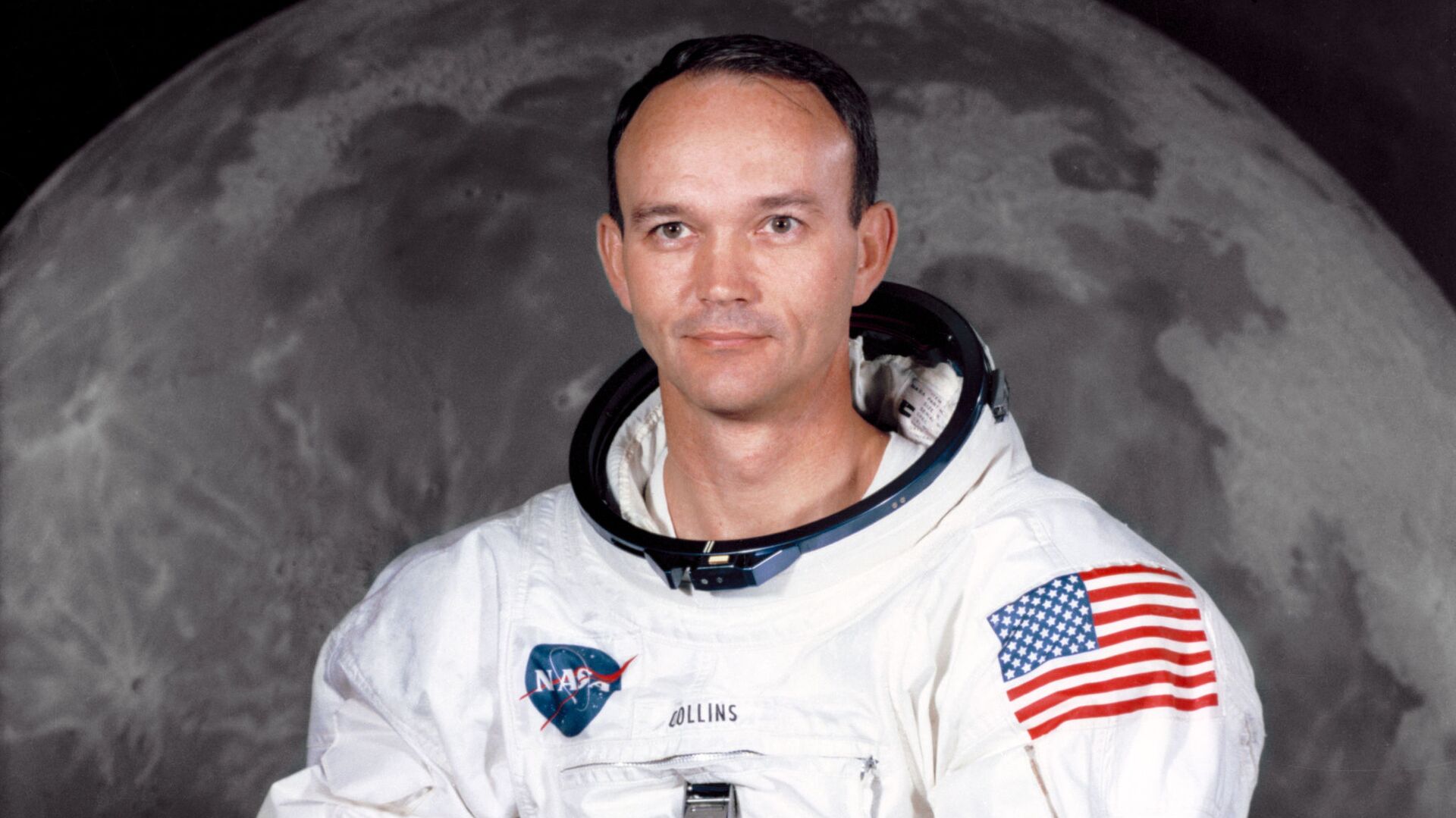 Ilya Tsukanov
All materialsWrite to the author
Collins joined NASA astronauts Neil Armstrong and Buzz Aldrin on their journey to the Moon in July 1969, and flew around Earth's natural satellite as his crewmates landed on its surface.

Michael Collins, one of the three men to travel to the Moon during the Apollo 11 spaceflight, has passed away at the age of 90 after a battle with cancer.

Collins' family issued a statement on his Twitter page, confirming his passing and indicating that "he spent his final days peacefully, with his family by his side."

"Mike always faced the challenges of life with grace and humility, and faced this, his final challenge, in the same way. We will miss him terribly. Yet we also know how lucky Mike felt to have lived the life he did. We will honour his wish for us to celebrate, not mourn, that life," the statement said.

Collins' family asked for privacy and promised that details on a funeral services would be forthcoming.

Born in Italy in 1930 to a career US Army officer, Collins joined the United States Air Force in the early 1950s and was selected as a candidate for the Apollo programme in 1963 along with twelve others.

Collins flew to space twice, first aboard Gemini 10 in 1966, and then Apollo 11 in July 1969, becoming one of the first three chosen astronauts from the group of 24 to ultimately fly to the Moon under the Apollo programme. Collins did not land on the Moon, instead manning the command module orbiting the lunar surface while his colleagues Neil Armstrong and Buzz Aldrin landed on and walked on Earth's satellite. 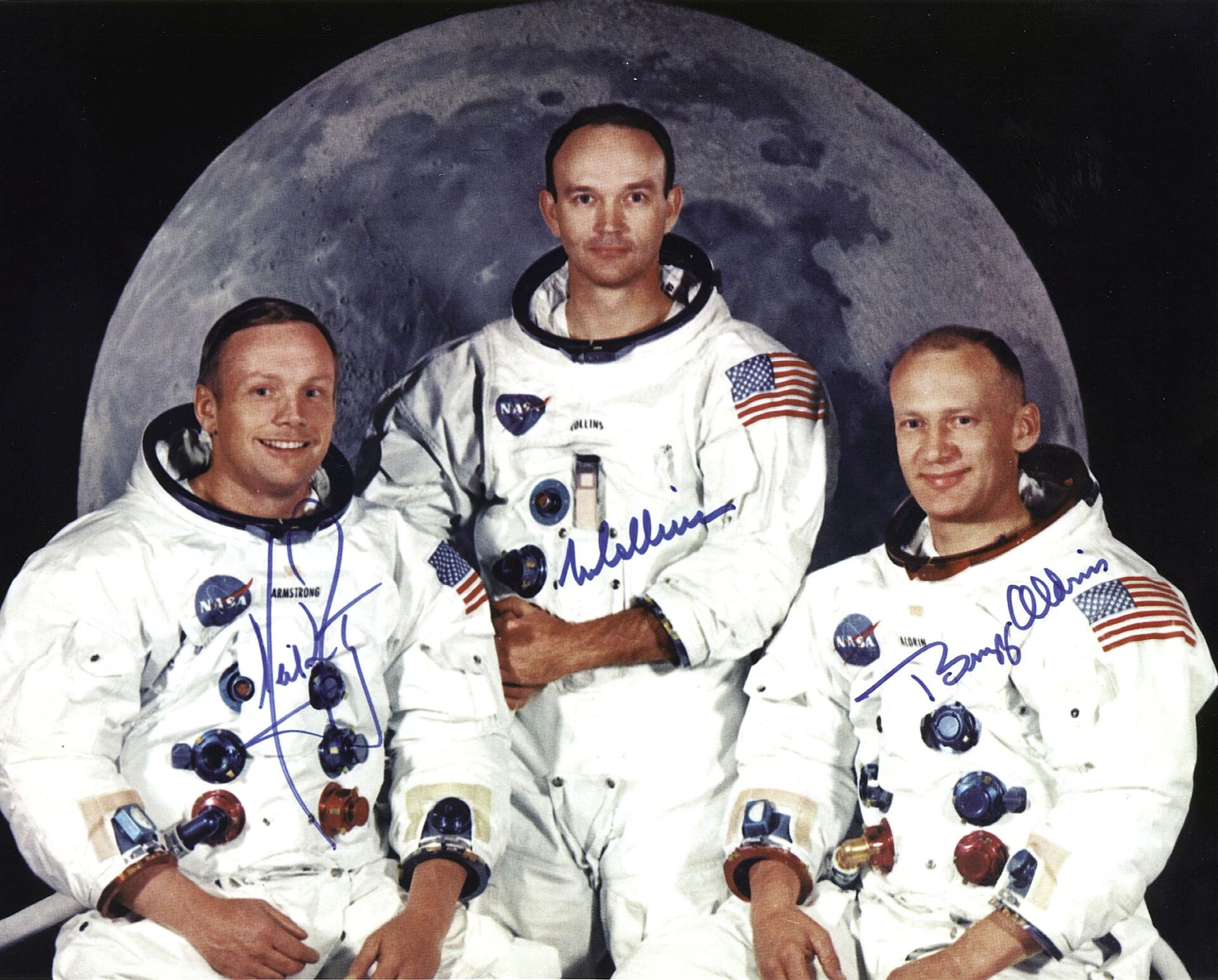 Collins had the opportunity to fly to the Moon again aboard Apollo 14 in 1971, and Apollo 17 in 1972, but refused to do so, saying he did not want to fly again after Apollo 11's success.

Between 1969 and 1971, he served as assistant secretary of state for public relations for the Nixon administration. After that, between 1971 and 1978, he worked as director of the newly created National Air and Space Museum in Washington, DC. He went on to serve as undersecretary of the Smithsonian Institution, and retired from the Air Force Reserve in 1982. In 1985, he formed a consultancy. In the 1970s, 1980s, and 1990s, he wrote a variety of books including a biography, a children's book on astronautics, and a book exploring the possibilities of a manned mission to Mars. Patricia, Collins' wife of 57 years, died in 2014. He is survived by three children.

'One Giant Leap for Mankind': Little Known Fact About Apollo 11 Moon Landing
Collins visited the USSR in 1975 and toured the Tsiolkovsky State Museum of the History of Cosmonautics in Kaluga, as well as the small home of famed Russian rocket science pioneer Konstantin Tsiolkovsky. Before his Apollo flight, but after the Gemini mission, Collins and fellow astronaut David Scott joined Soviet cosmonauts Pavel Belyayev and Konstantin Feoktistov at the Paris Air Show in 1967, where they discussed space flight, compared the training regimen of astronauts and cosmonauts, talked prospects of a manned moon mission, and enjoyed some Russian vodka.

In 2019, Collins paid tribute to Soviet astronaut Alexei Leonov on his passing, saying he was "not only the first space walker but quite a character too" and praising him as a "talented artist and spokesman for the Russian space program, and a wonderful human being."

In one of his final tweets last week on the occasion of Earth Day, Collins remarks there were "few things more fragile or more beautiful than Earth," and encouraged people to "work together today and everyday to protect our home."

I am certain, if everyone could see the Earth floating just outside their windows, every day would be #EarthDay.

There are few things more fragile or more beautiful than Earth, let’s work together today and everyday to protect our home. pic.twitter.com/XJO3RSJczw