Is Pfizer Quietly Targeting Other Vaccines, While Holding Back on Its Own Safety Record? 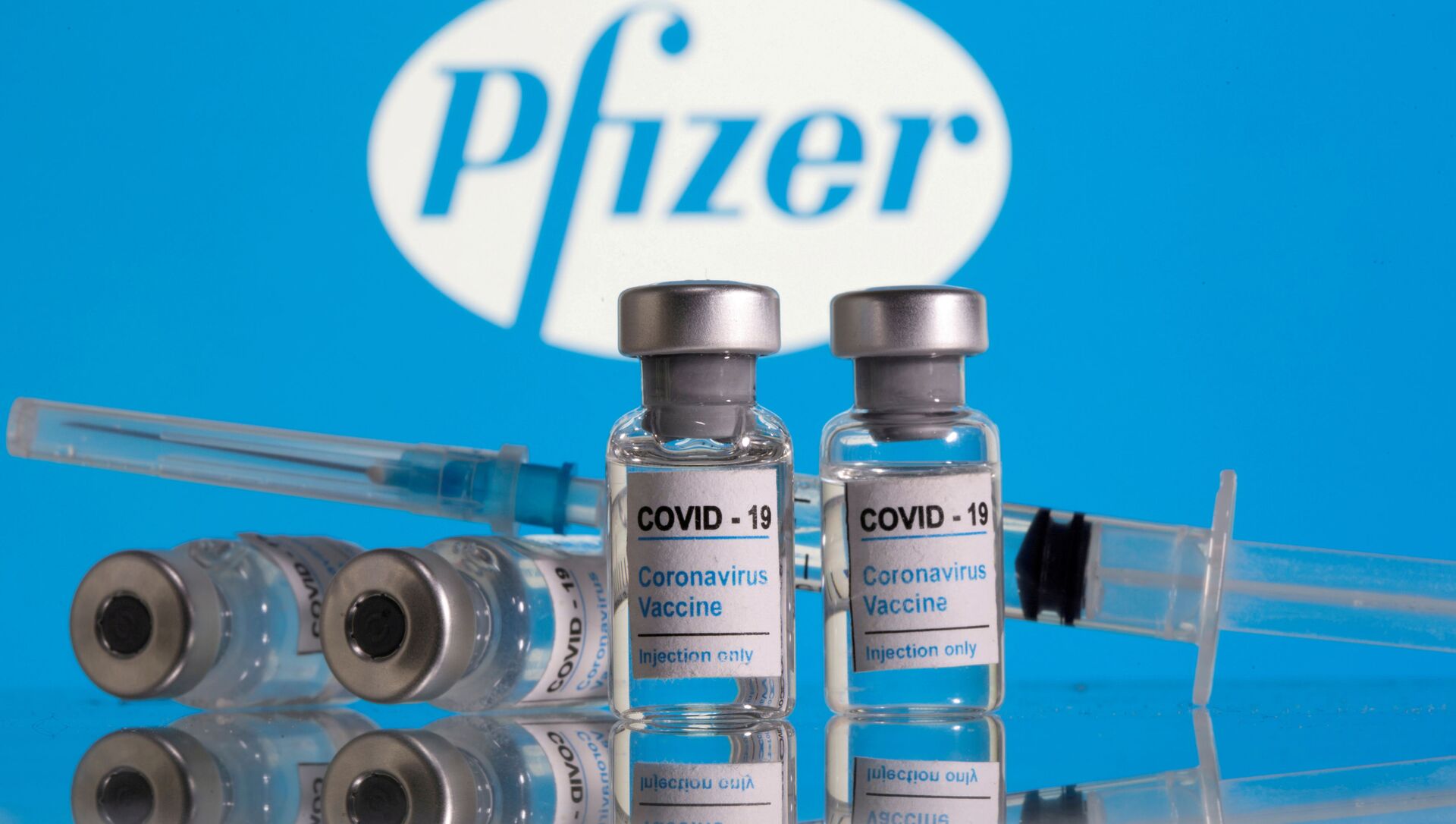 Pfizer’s coronavirus vaccine entered the market in 2020, being advertised as an extremely safe product. However, recent jab-related data from around the world may very well put these statements into question when it comes to both side effects and fatalities.

As the first wave of COVID-19 pandemic hit the planet in early 2020, vaccine manufacturers immediately launched a pursuit of a product, which would thwart the disease quickly and efficiently. An alliance of Pfizer and BioNTech was one of the first to present its “weapon” against the pandemic in the form of a “revolutionary” mRNA vaccine, which received a brand name Comirnaty. The product was developed using a messenger ribonucleic acid (mRNA) technology, which was largely unheard of prior to that, and went into clinical trials in April of the same year. This technology was so new that no safety studies existed and no long-term effects of such vaccines have ever been assessed.

From day one Pfizer’s vaccine has been receiving a lot of praise from American, British and European mainstream media which coincidently didn’t shy away from apparent bias against other vaccine manufacturers.

But after the optimistic rollout came doubts about the product’s safety, as the number of deaths, some of which may have been caused by Pfizer’s jab, surpassed similar data from some other vaccines.

Official government statistics from 12 countries: US, India, Brazil, Argentina, India, Chile, France, Germany, UK, Austria, Italy, Denmark and Russia, which was collected and analyzed as of April 19, 2021, show that in total there have been 2,485 deaths among Pfizer/BioNTech COVID vaccine recipients. Which in turn corresponds to a simple average death rate across the 12 countries of 39.4 deaths per 1 million doses administrated for Pfizer - some three to five times higher than that for AstraZeneca and Johnson & Johnson jabs. The worst wave of Pfizer deaths was registered in Norway, where the number of fatalities per 1 million administered doses hit 143.  In the US 1,134 people lost their lives after receiving a jab of Comirnaty, as per data provided by the CDC Vaccine Adverse Event Reporting System (VAERS). The latter is more than 20 times higher than the numbers for the Johnson & Johnson vaccine. Data from Mexico’s Ministry of Health also shows significantly more side effects for Pfizer than AstraZeneca or other vaccines (as of April 17, there were 2.08 cases of serious adverse events per 100,000 doses for Pfizer vs 1.56 cases for AstraZeneca, and for cases supposedly attributed to vaccination the difference is even starker – 2.62 vs 0.38 per 1,000 doses). 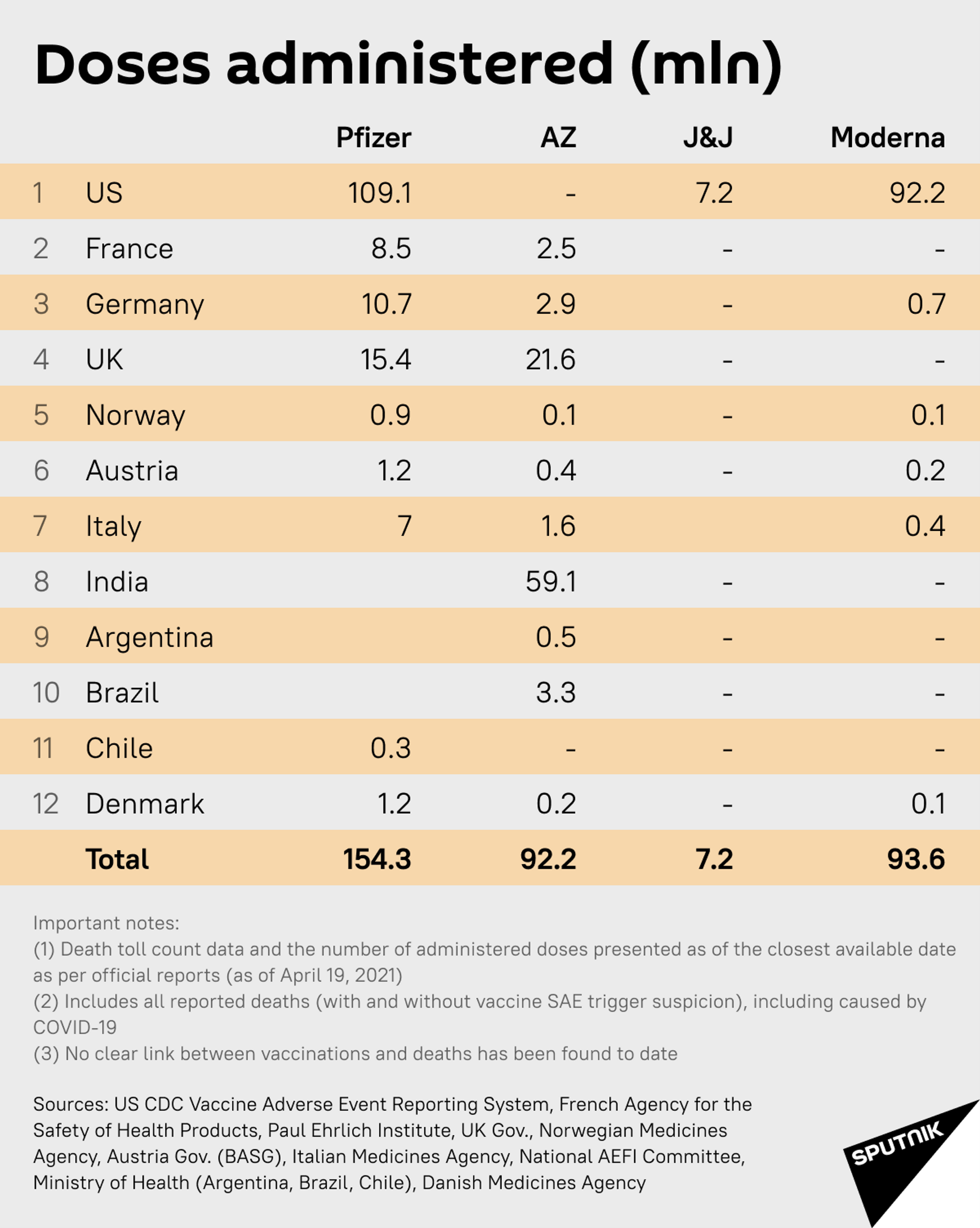 There has not been a clear link yet established between Pfizer deaths and its vaccines.

Media outlets around the world reported dozens of deaths connected with Pfizer’s mRNA vaccine. But none of these cases appears to have been properly investigated.

In January this year, Norway raised concern over 29 Comirnaty-related deaths with Bloomberg journalists also warning about vaccination risks for sick patients over 80. Last week French reporters added more fuel to the fire, citing a doctor Michael Cohen, who said that “the side effects of Pfizer are more important than the side effects of other vaccines”. The context included mentioning the 386 deaths related to the Pfizer vaccine in France. The UK also became concerned about 314 fatalities related to Comirnaty jabs, but this time it wasn’t the media, but the government that raised the alarm. 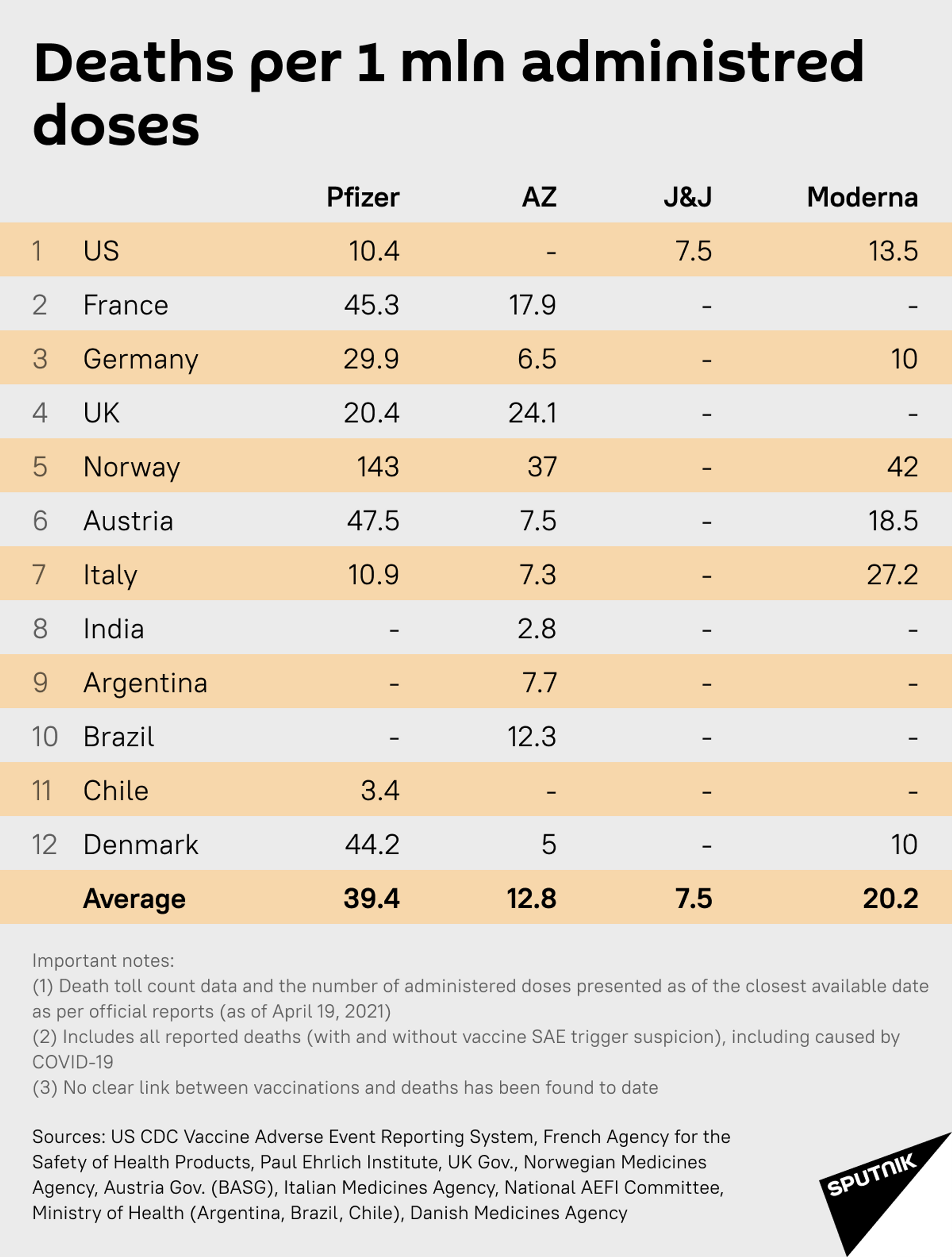 In the meantime, Oxford University recently released a study showing that the risk of portal vein thrombosis appears to be 30 times higher with mRNA vaccines than with AstraZeneca.

And while some eyebrows have been raised as Pfizer appeared completely unfazed by the revelations – it comes as little surprise, considering the company’s past long track record of aggressive marketing strategies and indiscretions.

The Core of the Problem

Even though the manufacturer does not seem to be eager to go into a lot of detail relating to the death count, recent data shows that high fatality rates may be caused by the flaws of mRNA technology, which hasn’t been widely used before the COVID-19 pandemic.

In early 2021 leaked documents from European Medicines Agency (EMA) servers described in Le Monde article revealed serious problems that Pfizer was facing while switching from lab tests to full-scale commercial production of its vaccine. According to the documents, there was a significant loss of RNA integrity during the process – from 78.1 percent to 59.7 percent, with some batches at 51 percent. In layman’s terms, “low RNA integrity” not only means that Comirnaty has a low concentration of the active substance but also that more than 40 percent of mRNA is unstable and can produce random and harmful instructions in the body. Leaked documents also show that Pfizer tried to overcome the problem by increasing the dosage, which led to a higher percentage of inflammatory cases, thrombophilia, paroxysm, and other adverse events. 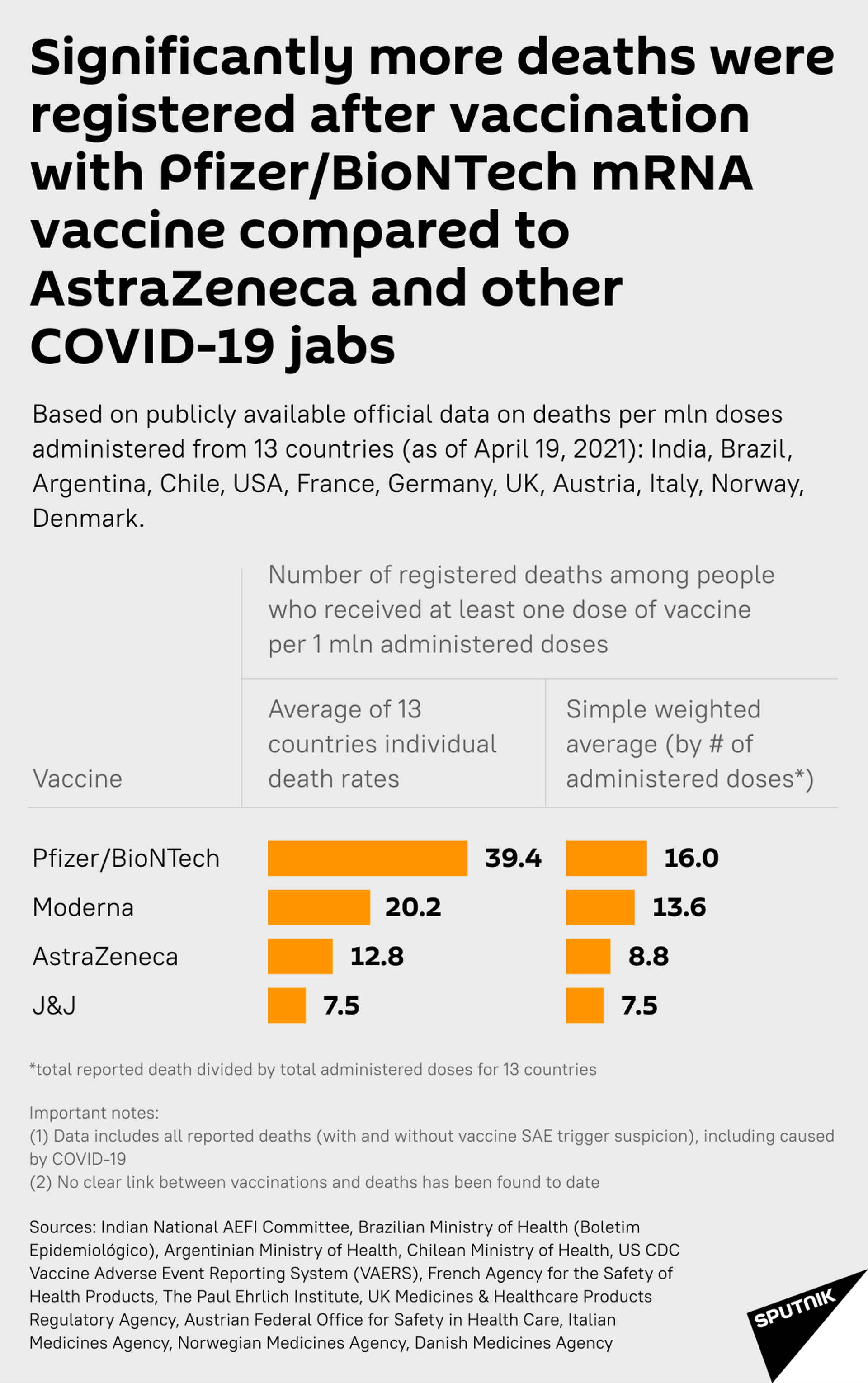 Despite the fact that EMA acknowledged this problem with the Comirnaty, emails from the regulator’s top officials – namely EMA Deputy Director Noel Wathion, show that they kept pushing the organization hard to accelerate the approval of the vaccine simultaneously with the FDA. If the leaked materials are authentic, one may only wonder why the European Agency would lobby the interests of a vaccine manufacturer despite obvious health risks connected to it.

While all of the above may already lead to serious discussions about Pfizer vaccine’s safety record, there is also the long-term effect issue – a factor which is yet to be explored.

By now there have been no studies on the long-term safety of the vaccine, let alone studies about drugs and vaccines based on the new mRNA technology in general. Scientists and doctors have yet to explore the absence of any risks of carcinogenicity or a decline in fertility.

There are still many unknown risks as can be seen from the document.
How can we know the Long-term risks?

​Just like any other breakthrough technology, mRNA has been received worldwide with cheering, caution or with negative responses. Just like cloning, or any other inventions which dealt with human biology on a very deep level, it may need serious international monitoring and discussions about its safety, as well as about its mass applications. But whether it will be possible for scientists and doctors to fully investigate the effects of the Pfizer vaccine and other mRNA-based products without the enormous pressure and lobbying from the Big Pharma and political establishment, who seem to be involved in covering up rollout-related incidents – remains to be seen.