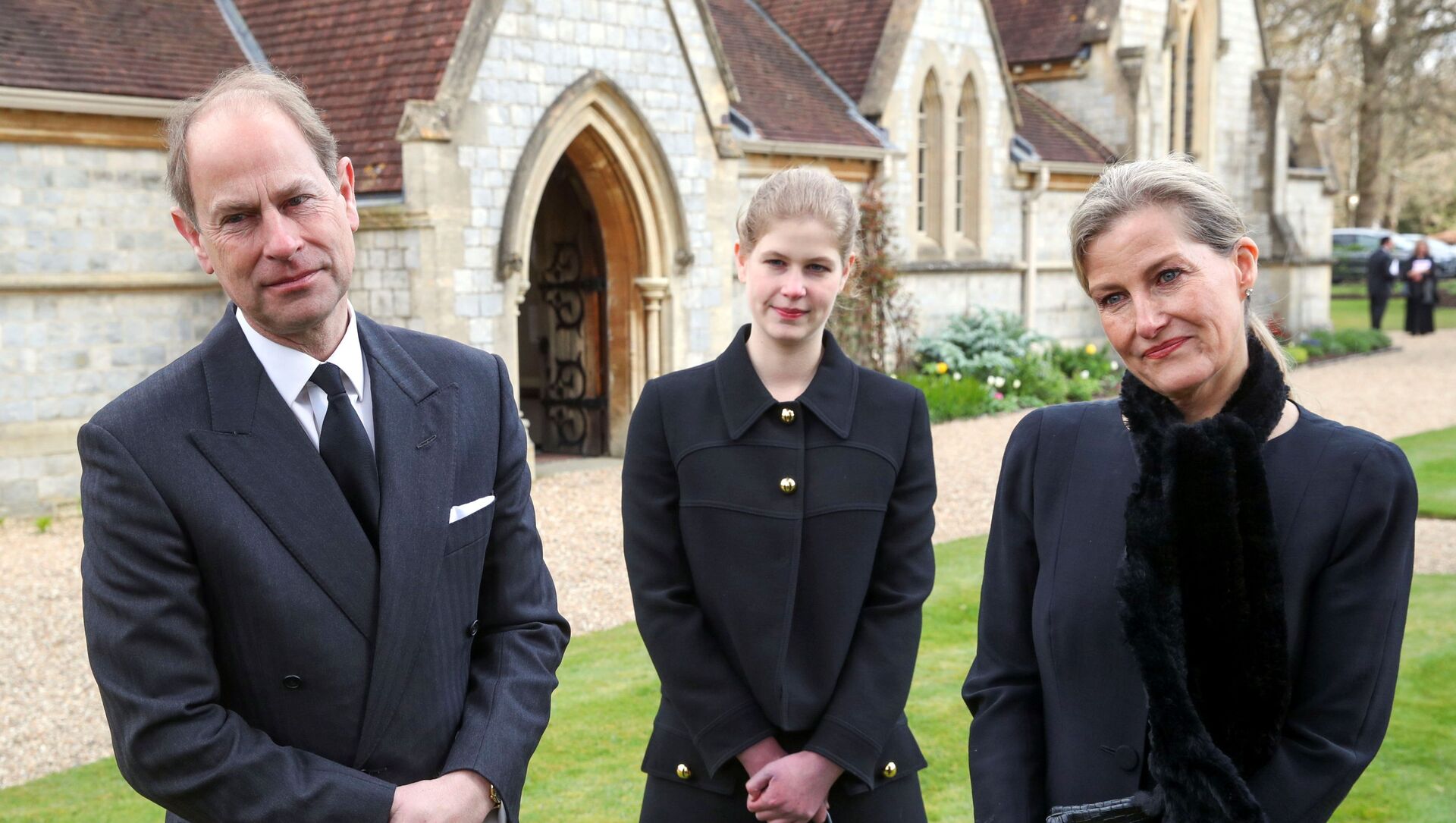 Thousands of ordinary people have paid tribute to Prince Philip since his death on Friday at the age of 99 in online books of condolence, for which his youngest son Prince Edward thanked them for their kindness.

Members of the British royal family have paid tribute to the late Prince Philip as they gathered for a memorial service in Windsor.

Queen Elizabeth and Prince Philip's children and many of her grandchildren attended the Sunday service at the Royal Chapel of All Saints in Windsor Great Park, near the royal residence of Windsor Castle west of London.

The Duke of Edinburgh, a Greek-born Royal navy veteran of the Second World War, passed away at Windsor on Friday at the age of 99.

"He would have been amazed by the reaction and the touching things that have been said about him. From that point of view we are, my family, deeply grateful for all that. It will sustain us in this particular loss and at this particularly sad time", said Prince Charles, the Queen and Duke's oldest child, earlier in the day.

"You know it's going to happen but you are never really ready," said Princess Anne, their second child and only daughter.

"My father has been my teacher, my supporter and my critic, but mostly it is his example of a life well lived and service freely given that I most wanted to emulate."

Prince Andrew said his father's death had "left a huge void" in his mother's life, adding: "We've lost the grandfather of the nation."

"The Queen, as you would expect, is an incredibly stoic person," Andrew said. "She described it as having left a huge void in her life but we, the family, the ones that are close, are rallying round to make sure that we're there to support her."

He said his father was "calm": "If you had a problem, he would think about it. He was always somebody you could go to and he would always listen so it's a great loss."

"We've lost almost the grandfather of the nation," Andrew added, "and I feel very sorry and supportive of my mother who's feeling it probably more than everybody else."

How Will the UK Observe Eight Days of National Mourning for Prince Philip?
Prince Edward, the youngest of the four children, thanked members of the public who had paid tribute to his father in online books of condolence.

"However much one tries to prepare oneself for something like this, it's still a dreadful shock," he said. "And we're still trying to come to terms with that. And it's very, very sad."

But Edward stressed the "extraordinary" tributes, adding: "The memories that everybody has had and been willing to share has been so fantastic."

"It was right for him. It was so gentle. It was just like somebody took him by the hand and off he went."

Prince Philip's funeral, a low-key affair in line with his own wishes and current coronavirus restrictions, is scheduled for 3pm on Saturday April 17 at St George's Chapel at Windsor Castle.