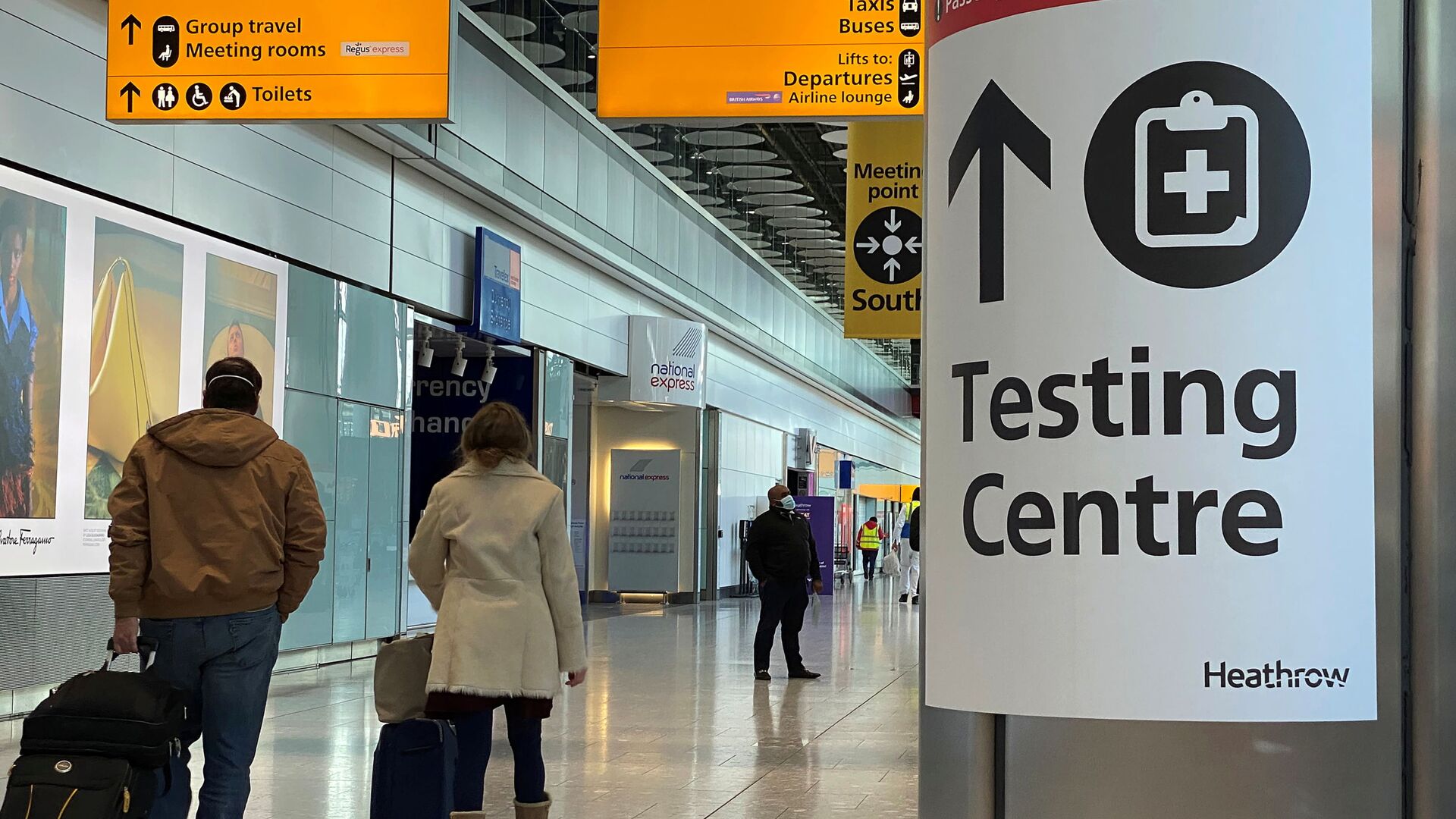 Svetlana Ekimenko
All materialsWrite to the author
Until now, rapid testing in the UK has been available to those deemed most at risk, including frontline NHS workers, care home staff and residents, and schoolchildren and their families.

To facilitate the reopening of businesses and society post-lockdown, along with the rollout of vaccinations, free and quick COVID-19 testing will be made available twice a week to anyone in England as of 9 April, according to the UK Department of Health and Social Care.

The move comes amid concerns that one in 3 people with COVID-19 may not be experiencing any symptoms and, accordingly, might be spreading the virus unwittingly.

The tests will be available through several options. People will be able to order tests online, and have them delivered to their home.

There will be workplace testing programmes on offer, to be used on-site or at home. Community testing will be provided by all local authorities, with on-site testing available at schools and colleges as well.

People will be able to arrive at a local PCR test site during specified test collection time windows as well.

In line with the new plan, anyone over the age of 18 will also be able to pick up boxes of seven rapid lateral flow tests (LFTs) from their local pharmacy, as part of the new "Pharmacy Collect" service.

The tests will then be used by them and their families in line with clinical guidance. 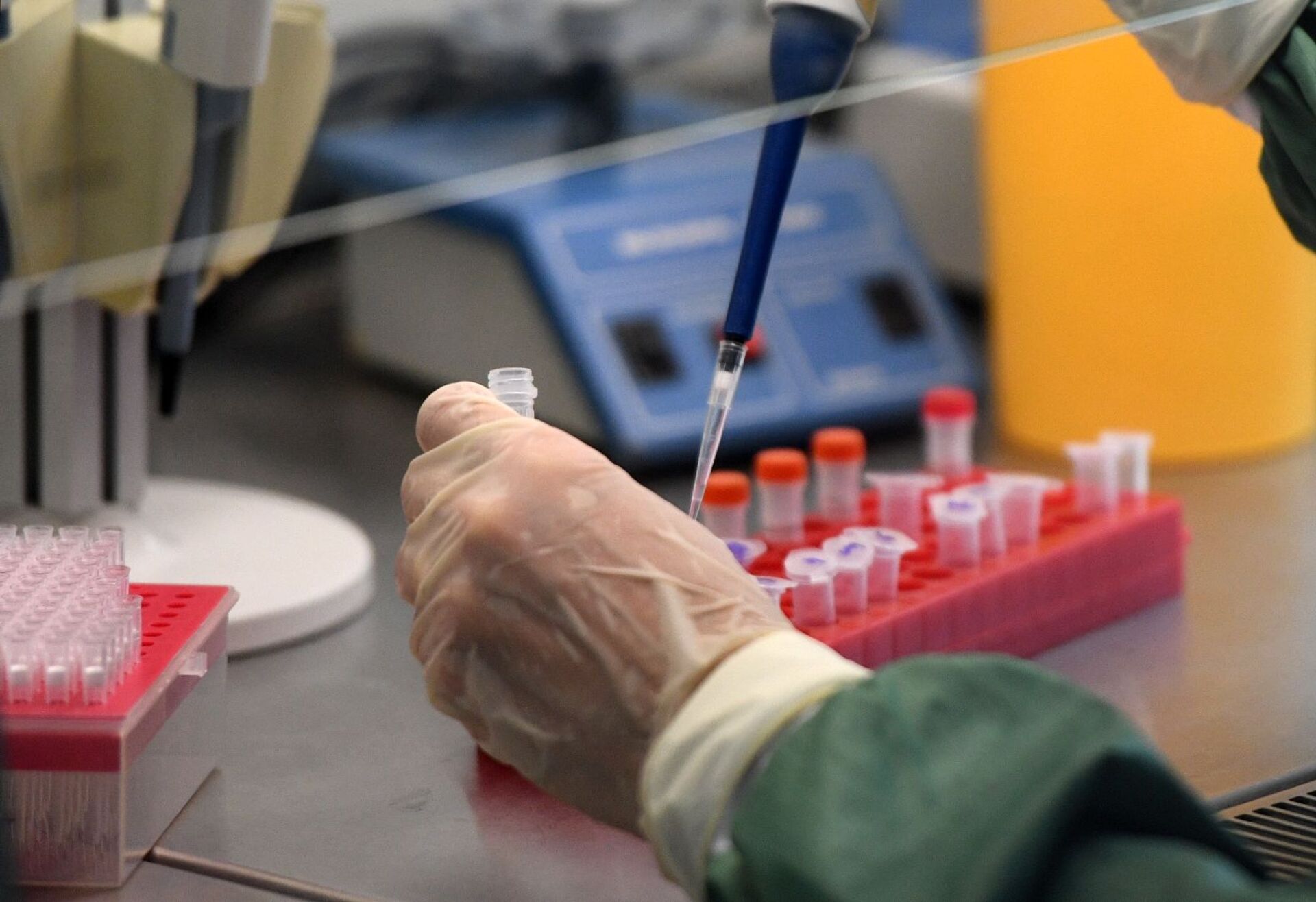 The government says the offer applies to England only, with the devolved administrations in Scotland, Wales, and Northern Ireland to make their own decisions on the issue.

Friday will also see the launch of a sweeping marketing campaign to encourage people to take up the offer of the free twice-weekly lateral flow tests, with Prime Minister Boris Johnson touting the move as able "stop outbreaks in their tracks".

The current offer is, in effect, the so-called "Operation Moonshot" - a government mass testing mission to screen millions of asymptomatic people weekly.

How do lateral flow tests work?

Watch our animated explainer to find out ⬇️ pic.twitter.com/f3qlCMb0xh

​The ambitious project, worth £100 billion according to a leaked government document, aimed to deliver 10 million tests a day relying on the development of new technology for saliva samples or swab samples. A positive or negative reading was to be given within minutes.

Proposed to be put into operation as early December 2020 by Secretary of State for Health and Social Care Matt Hancock, in parliament MPs met the plan with laughter last September. In response, Hancock had slammed them as "nay-sayers" and saying they should "get with the programme".

The project was eventually subsumed within the national NHS T&T programme.

Now the government insists that alongside successful vaccination, regular COVID-19 testing will enable a return to normality amidst the easing of lockdown restrictions.

The vaccine is the route out.

Thank you to all involved

​On Easter Sunday, the UK recorded its lowest number of new positive cases since September, while the total number of first jabs reached 31,523,010. Second shots have risen to 5,381,745.

Ahead of a Monday news conference where Downing Street is reportedly set to unveil the possible launching of "vaccine passports", with an app or a paper certificate used to gain access to a spate of pilot events from mid-April, Boris Johnson underscored that failing to carry out regular testing risks "wasting" the progress achieved through the jab rollout.

"That's why we're now rolling out free rapid tests to everyone across England - helping us to stop outbreaks in their tracks, so we can get back to seeing the people we love and doing the things we enjoy", said Johnson.

The arrival of Easter brings with it new hope.

And, this year more than ever, it brings the promise of brighter days ahead for us all.

So stay safe, keep following the rules, and have a very happy Easter. pic.twitter.com/BQs4oCn57N

Sceptics are wary, though.

"We don't know how well lateral flow tests work in terms of accuracy in people's homes. So when people are doing the test unsupervised we don't know if it will still be as effective. The really critical thing we don't know is what effect it has on the transmission of coronavirus", Sian Taylor-Phillips, professor of population health at the University of Warwick, was cited by Sky News as saying.

Previously, rapid testing in the country was available to those most at risk, including people continuing to work outside the home, frontline NHS workers, care home staff and residents, and schoolchildren and their families.

As he announced the programme, Hancock said that "reclaiming our lost freedoms and getting back to normal hinges on us all getting tested regularly".

"Rapid testing helps us find COVID-19 cases that we wouldn't otherwise know about, helping to break chains of transmission. I encourage everyone to take up the offer of these free rapid tests - they are quick and easy to carry out in your own home", said Dr Susan Hopkins of Public Health England.

The moves comes as Johnson will reportedly elaborate on further stages of easing lockdown restrictions in England at a Monday news conference, with outdoor pubs and restaurants, non-essential retail, gyms and hairdressers allowed to open from next Monday.

Other issues to be taken up are the controversial "vaccine passports" for major events, and a "traffic light" system of rules for people travelling abroad, where "green light" destinations will not require quarantine.