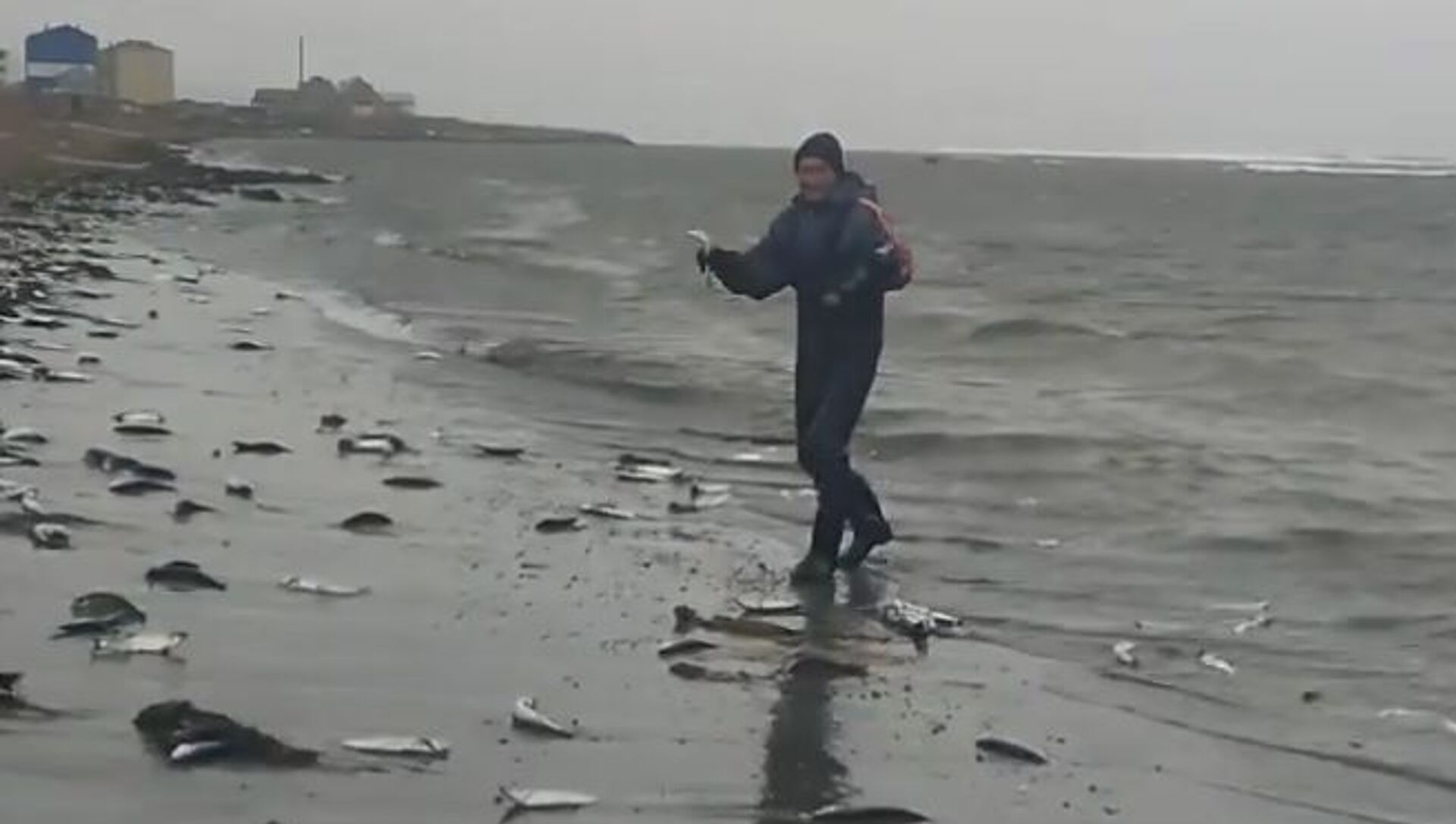 Pacific herring usually ranges from Korean Peninsula to the mouth of the Lena River in Eastern Siberia and along the western seaboard of the United States and Canada.

The head of Sakhalin's Environmental Watch, Dmitry Lisitsin, shared a video on Saturday, showing a beach on Russia's Sakhalin island covered with hundreds of spawning herring.

Lisitsin explained that the fish approached the shore during the herring's spawning season. He said this is a common thing - when a huge amount of fish head in the same direction during spawning.

According to him, the fact that such a great number of fish were visible onshore at the beginning of the spawning season is a sign of a recovery in the stocks of this previously undermined population.