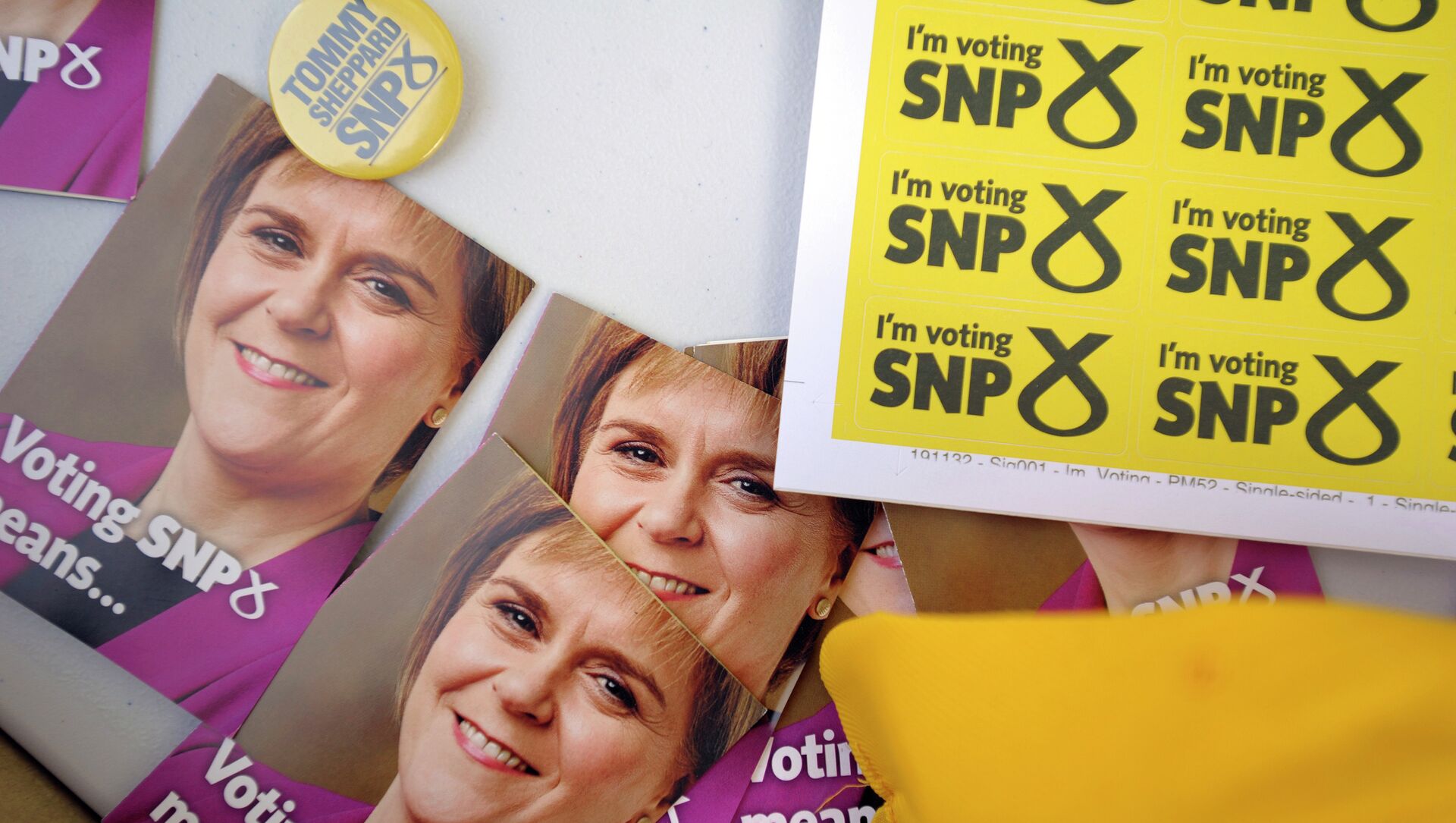 Scotland goes to the polls on May 6 — just over a month after one independence supporter went to the police to accuse First Minister Nicola Sturgeon's SNP of fraudulently spending nearly £600,000 in funds for a second referendum, allegedly on winning more well-paid MP's seats in Westminster.

Scottish independence activists say they have reported the Scottish National Party (SNP) to police over almost £600,000 in "missing" donations for a new referendum campaign.

Influential blog Wings Over Scotland says it received a statement from the un-named individual who made the complaint earlier this week.

The blog also said another "reliable" source had revealed police had visited the home of SNP leader and Scottish First Minister Nicola Sturgeon and her husband Peter Murrell — the party's chief executive — on Tuesday to question them about the allegations.

The statement's author "made a complaint to Police Scotland on Saturday 27th March 2021 at Barrhead Police Station, stating that following the resignation of three members of the Finance and Audit Committee of the SNP, having been refused access to the SNP accounts, I told the police that I believed that financial fraud may have occurred," it read.

"That same evening two members of the Financial Investigation Unit of Police Scotland came to my home and I gave them a formal statement under the incident number PS202103252082," the statement continued.

"In addition [REDACTED] gave donations towards the missing money and he is alleging in a civil case that this money was wrongly used. This is currently subject to a civil case at Edinburgh Sheriff Court.”

Police Scotland refused to confirm or deny either the statement or the claim that officers had interviewed Sturgeon and Murrell.

The funds in question, totalling £593,501, were raised by the SNP through donations from members and supporters in 2019.

The party pledged the money would be "ring-fenced" for campaigning in a repeat of the 2014 independence referendum it lost by a margin of 10 percentage points. But when the party's accounts for 2019 were published the following year, it only had £96,854 in its bank account and petty cash — down from £411,000 in 2018.

Viral
George Galloway Slams SNP’s 'Drink-Soaked Pan-Sexual Fumblings' in Good Friday Tweet
The party's national treasurer at the time, Colin Beattie, claimed the money was "woven through the overall income figures" in the accounts — which listed total net assets of just under £272,000. But he also boasted that the party had spent £1.4 million that year on winning three seats in the May European Parliament election — who promptly lost their jobs when Britain left the European Union in January 2020 — and 35 MPs in the December UK general election.

Wings Over Scotland editor Stuart Campbell reported in mid-March that three members of the SNP's finance committee had just resigned in protest at Murrell's refusal to let them see the accounts so they could perform their duties.

Sturgeon has recently faced calls to quit over revelations she squandered public money on pursuing since-disproven sexual misconduct claims against her predecessor Alex Salmond — and misled the Scottish Parliament about the affair. The SNP has also been accused of covering-up sexual harassment claims by staff against two of its Westminster MPs at the same time it was "fishing" for accusations in its bid to publicly disgrace Salmond.

Scotland goes to the polls on May 6 to elect a new devolved Holyrood parliament.