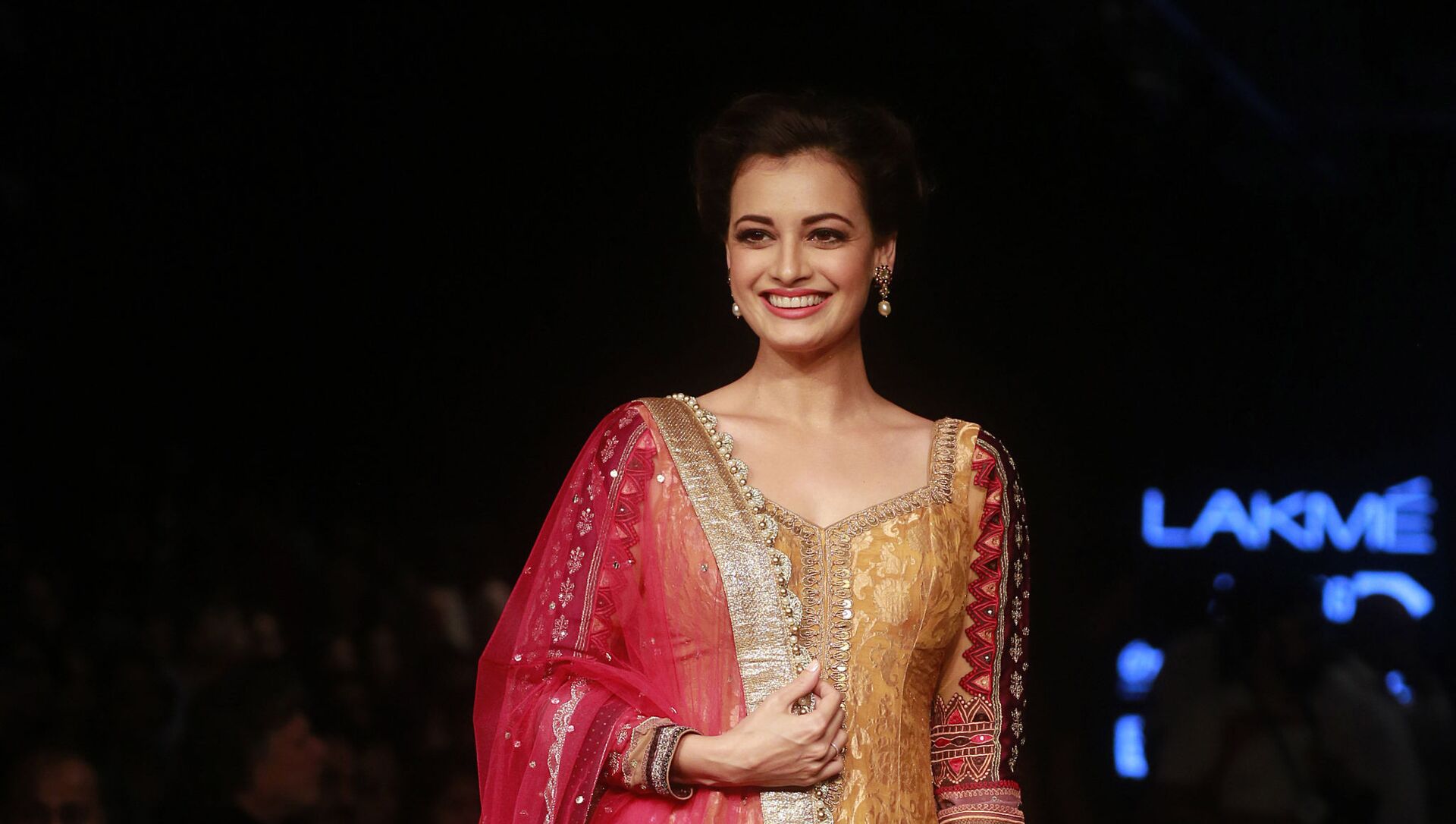 Sangeeta Yadav
All materialsWrite to the author
On 15 February, actress and UN Environment Goodwill Ambassador Dia Mirza - who shot to fame with her romantic Hindi film ‘Rehnaa Hai Terre Dil Mein’ - married for the second time to businessman Vaibhav Rekhi. Their wedding made headlines as Dia broke with tradition and opted for a female priest to perform the ceremony.

Ever since Bollywood actress Dia Mirza announced that she is expecting her first child with husband businessman Vaibhav Rekhi, many fellow celebrities and netizens have been overjoyed and showered the happy couple with congratulatory messages.

However, there have been some on social media who have been having a go at her for getting pregnant before marriage, a practice still frowned upon in India.

Referring to her post in which Dia is displaying her baby bump, one user remarks: “Bollywood celebrities are in such a hurry to produce babies after marriage that they get married after getting pregnant.”

Another said: “Dia Mirza got married in February and now her belly is like five months in pregnancy. What sort of example are Bollywood actresses such as Dia Mirza, Neha Dhupia and Natasa Stankovic setting for Indian girls? That you should first get pregnant and then get married? (sic).”

However, Dia’s fans have rushed to the actress' defence and slammed the haters for judging her.

One wrote: “They are setting an example that you are allowed to do whatever if you want with your body,” and another commented: "So, what's the big deal... she doesn't have a judgemental society around her... she is in happy space."

“Not your uterus, not your business,” posted a third.

Dia's pregnancy has prompted a debate over falling pregnant before marriage in Indian society. Many netizens have said it is now about time the stigma was removed and it should be normalised.

Another commented: "Women can get pregnant before marriage - but in India, it's taboo if you do. That's why we need to start normalising it."