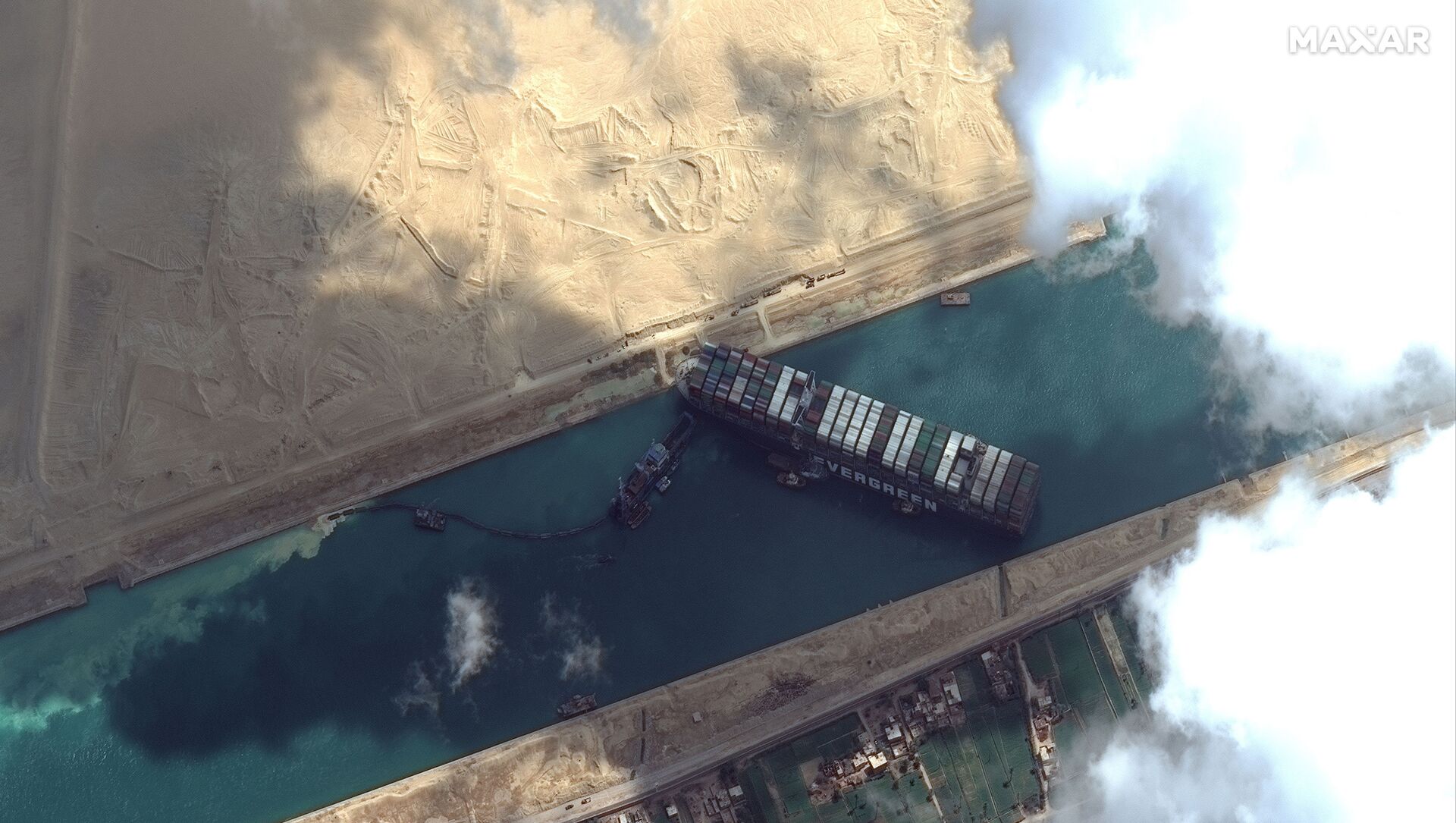 Daria Bedenko
All materialsWrite to the author
The giant cargo ship "Ever Given" blocked the Suez Canal last Tuesday, prompting the world's largest maritime jam and causing global trade to suffer astronomical losses.

The Ever Given cargo ship that has been blocking the Suez Canal since the beginning of last week was freed by salvage teams on Monday at 04:40 local time, Inchcape Shipping Services, a maritime service provider, said.

"The MV Ever Given was successfully re-floated at 04:30 lt 29/03/2021. She is being secured at the moment. More information about next steps will follow once they are known", Inchcape Shipping Services said in a tweet.

However, the exact time when the Suez Canal will be open to traffic remains unclear.

The MV Ever Given was successfully re-floated at 04:30 lt 29/03/2021. She is being secured at the moment. More information about next steps will follow once they are known. #suezcanel #maritime pic.twitter.com/f3iuYYiRRi

According to Egypt's Suez Canal Authority (SCA), the megaship has turned 80 percent in the right direction.

"The position of the ship has been reorientated 80 percent in the right direction. The stern... moved to 102 metres (335 feet) from the shore," compared to its position four metres from the shore previously, SCA chief Osama Rabie said.

Rabie said on Sunday that 369 vessels were waiting to pass through.

Meanwhile, according to a source in the Gulf Agency Company (GAC), the Suez Canal operator, navigation is expected to resume within several hours, as the operation to refloat the Ever Given container ship is going on successfully.

The Suez Canal has been blocked since Tuesday, when the 224,000-tonne, 400 meter-long (1,300 ft.) container ship, the Ever Given, ran aground on its way from China to the Netherlands amid strong winds and a sandstorm that affected visibility.

The blockage of the canal, the shortest sea route between Asia and Europe, through which about 12 percent of global trade passes, triggered a rally of oil prices in international markets, as multiple oil tankers were reportedly affected by the disruptions.