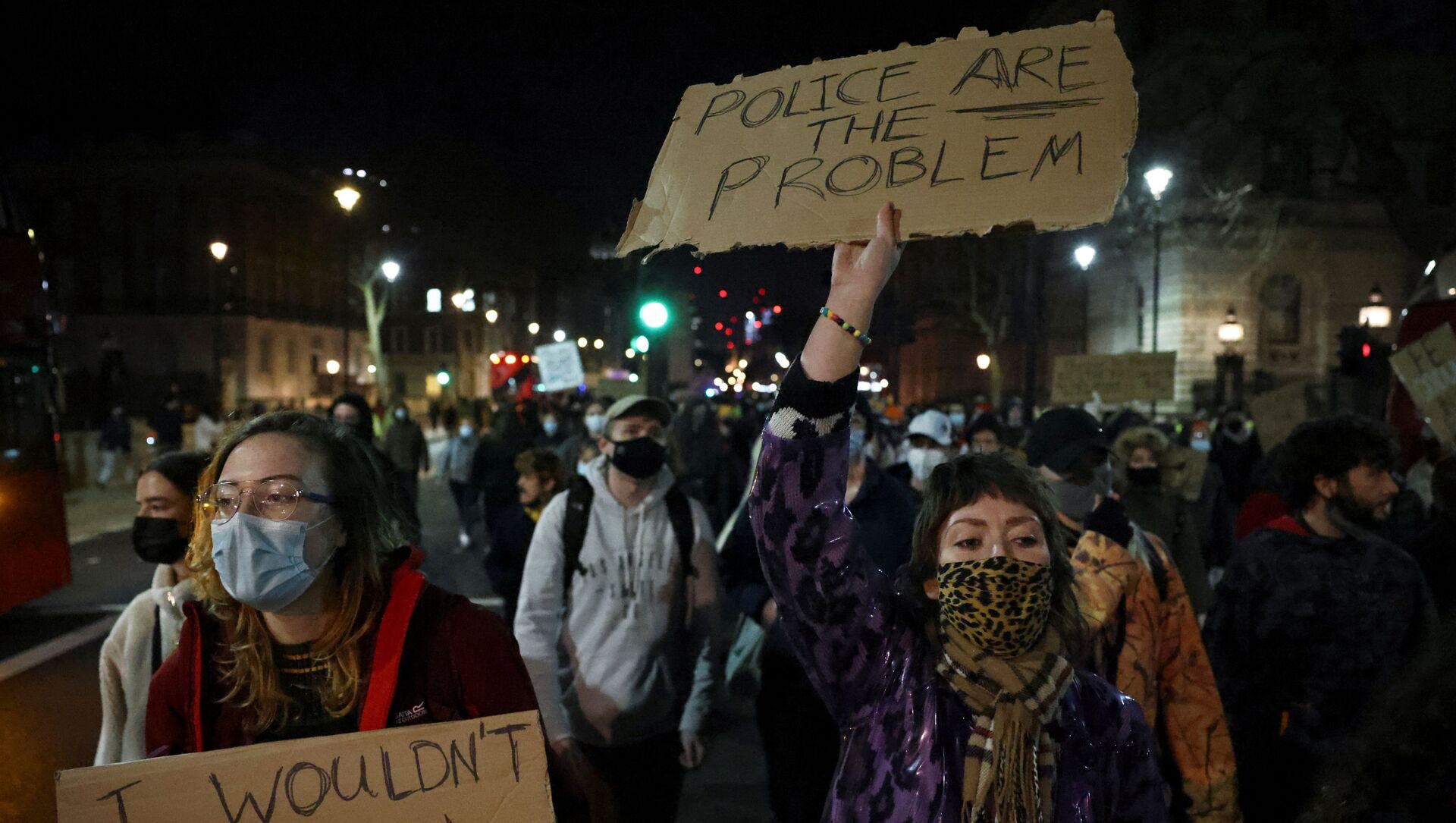 LONDON (Sputnik) – A cofounder of the UK Women’s Equality Party, Catherine Mayer, said on Tuesday that her organisation would press for violence against women to be treated as a “national threat” alongside terrorism, serious and organised crime, child sexual abuse, cybersecurity incidents and civil emergencies.

"We will be asking for violence against women to be recognised for what it actually is: a national threat", Mayer said during an online briefing with the London Foreign Press Association, in the wake of the national debate on women’s safety in public places sparked by the kidnapping and murder of Sarah Everard.

According to the feminist activist, putting violence against women at the same scale of importance as other national threats would create the resources and focus to tackle it.

"Politicians need to stop managing violence against women and start looking at ways to prevent it", she said, adding that there is a lot of changes to sexual violence laws that need to be done.

Mayer claimed, for example, that the response to the Everard case had shown an incredible lack of understanding among lawmakers due to the lack of representation in the legislature.

"One hundred and nineteen women have been killed this year by men, but in the new Police, Crime, Sentencing and Courts bill the sentences that are proposed for attacking statues are a lot worse than for attacking women", she stressed.

According to figures cited by the feminist party cofounder, more than 56,000 people report rape every year in England and Wales, 1.6 million women are victims of domestic abuse, 97 percent of young women experienced sexual harassment, while support service for women, especially those for the victims of violence, have been cut by a 50 percent over the past decade.

UK Cop Guarding Area Where Everard Was Found Sent 'Vile' Message to Colleagues About Case - Reports
In the case of London, she said, the charging rate for rape in London in 2019 fell to a seventh of what they were in 2015, while reports of rape increased by 25 percent and convictions dropped by the same percentage.

Sarah Everard, the 33-year-old marketing executive disappeared on the evening of 3 March while walking home after visiting some friends in Clapham, south of London. Her body was found hidden in a builder's bag in a woodland area in the town of Ashford, located in Kent, a week ago. Metropolitan Police officer Wayne Couzens, 48, was charged with kidnapping the woman and murdering her.