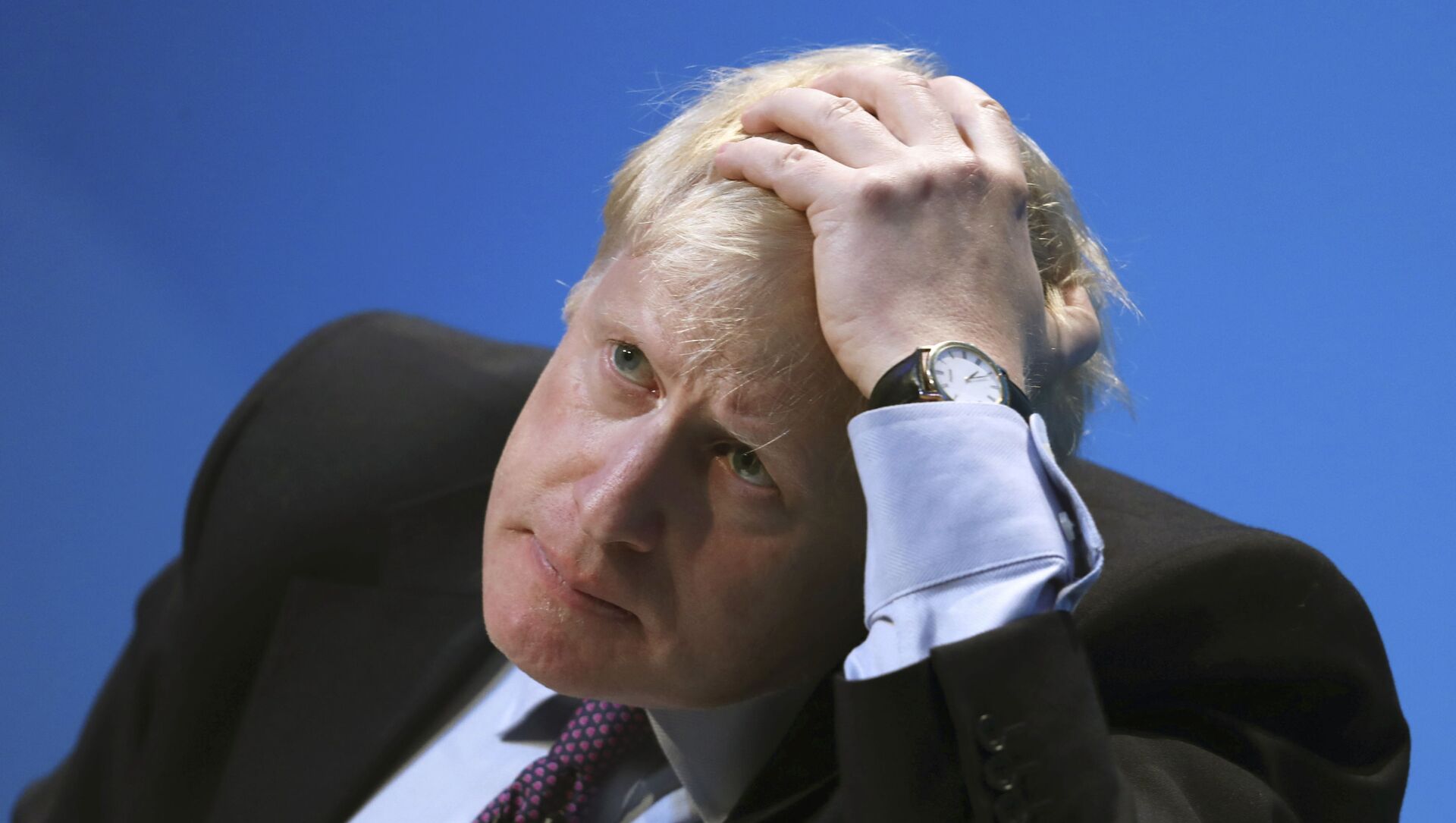 © AP Photo / Rui Vieira
Subscribe
International
India
Africa
Max Gorbachev
All materialsWrite to the author
Public health experts have long criticised the government for its slow response to the coronavirus pandemic, which they say contributed to the country's high death toll – the highest in Europe and fifth-largest in the world.

UK Prime Minister Boris Johnson has said that the government should have introduced the first lockdown earlier, when the coronavirus outbreak began in the country, The Daily Telegraph reported, citing close allies of the politician. According to them, Johnson admitted that it was a mistake to delay the imposition of security measures, although the close allies (local media outlets say the term is political code for the man himself or his immediate circle) insist that the PM was let down by scientific advisers.

The Telegraph writes that the crucial moment in imposing the first lockdown came on 14 March 2020, when the PM was shown evidence that government ministers and scientific advisers badly miscalculated on how quickly the outbreak would affect the National Health Service (NHS)'s ability to provide help to COVID-19 patients.

The newspaper says Johnson was "stunned" when a data analyst said that his policy to curb the spread of the disease was not working and that the NHS was three weeks away from being past capacity.

Johnson reportedly waited 9 days before announcing the government's decision to introduce the lockdown, a decision scientists claim has contributed to the country's high death toll. The newspaper says ministers and scientists involved in Britain's response to the outbreak called Johnson's decision to delay the lockdown the "worst" approach during the pandemic.

"With hindsight it's unarguable that we should have gone into lockdown earlier", one senior figure involved in the decision-making process told The Telegraph.

Sources told the newspaper that senior figures in the UK admitted that mistakes had been made on such things as test and trace, supply of personal protective equipment, and policy on care homes.

Complacency and Fears of Riots

The government of Boris Johnson has long been accused of a slow response to the pandemic and now sources have revealed what led to the inadequate measures.

A senior government figure told the newspaper that complacency is to blame. The source said the civil service was "overconfident" it could handle the crisis. In reality, the source said, this stance cost the government "weeks" at the beginning of the pandemic, which it took months to recover from.

Ministers also feared that the introduction of a lockdown might spark massive riots similar to the ones that occurred in England in 2011, when protesters damaged almost 3,000 businesses and homes demonstrating against the killing of a young man by London police, The Telegraph wrote, citing its sources. Authorities debated whether the public would accept such a draconian measure to limit the spread of the disease.

One source told The Telegraph that the PM had learned from his mistake and now makes decision much faster.

"Ordinarily the impulse, when you're taking decisions that have big financial implications, would be to take time, and even in the autumn it was still a case of trying to balance the economic and the health aspects of lockdown. By the winter there was a view that you had to choose. He now takes decisions very quickly, and will say 'if we're going to do this, let's do it properly and quickly'", the source told the newspaper.