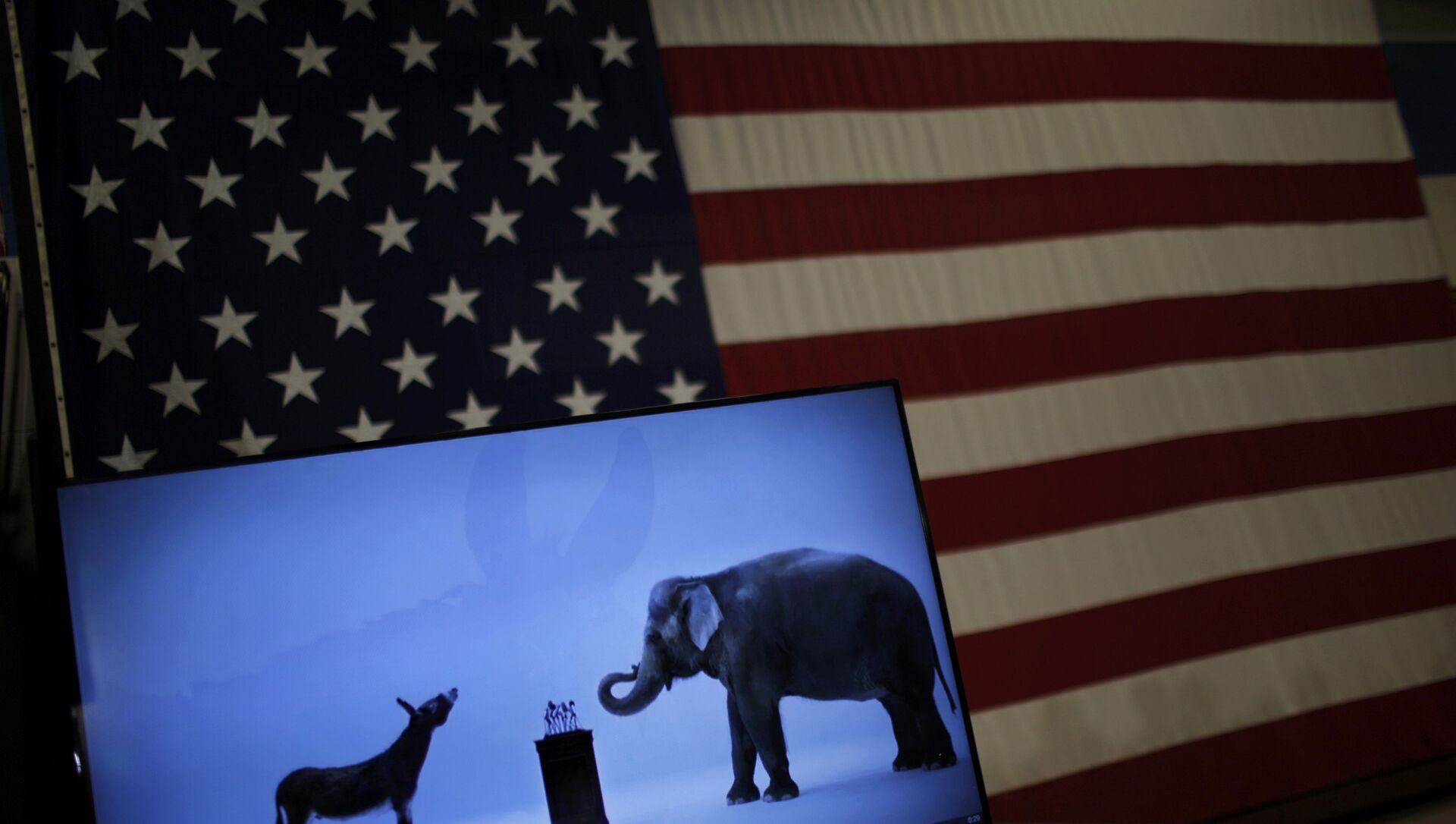 Ted Rall
All materials
American leftists find themselves at a tactical crossroad. Will the 39% of Americans (and more than half of those under 30) who steadily oppose capitalism stand up for themselves?

Will socialists, progressives, communists, left anarchists and left libertarians boldly fight to build a movement, thus inspiring other allies of the working class to join the struggle to abolish the vicious and vacuous capitalist system?

Or will leftists continue to tolerate and support a corporate Democratic Party that exploits them for their votes, financial contributions and labor while it contemptuously promotes everything they deplore?

Two out of five voters is a plurality. If the other three out of five split their votes between the Democrats and the Republicans, the Left wins. But those big numbers cannot win if they remain scattered. Tragically for workers and the environment, the Left has no organization. No party. No media. No voice inside the establishment.

Progressives and other leftists are powerless. The only “major” left party in the U.S., the Greens, received 0.2% of the vote in 2020. Celebrity-oriented Internet formations like the fake-progressive Movement for a People’s Party suck energy away from those who want to build a real grassroots party.

Biden marks a new low for the post-1960s Left. Two months in, the new president has already abandoned the few progressive promises he made in order to con supporters of Bernie Sanders and Elizabeth Warren into supporting his regressive policies. The promised $15-an-hour minimum wage quickly plunged by a third to $9.50, scaling up to $15 over four years, and now appears to be a dead letter. Student loan forgiveness went from $50,000 to maybe $10,000. The administration has announced no plans to add a public option to the Affordable Care Act. The number of progressives in the Cabinet is zero.

Yet, even now at this darkest of bleak times, there is hope. Hope lies in the Left itself.

“The general sentiment of mankind,” Frederick Douglass observed, “is that a man who will not fight for himself, when he has the means of doing so, is not worth being fought for by others, and this sentiment is just.”

The political gains of American women over the last century offer a lesson for down-and-out leftists. Women convinced men to support equal rights. But first, women had to convince themselves that they deserved equality and that their cause was viable—that they could win after sustained struggle. As Douglass (who also supported suffrage) observed about the requirement that oppressed people fight first for themselves, women’s self-assuredness attracted male allies to their movement.

It is time for the 39% of American voters who hate capitalism to step up, speak up for themselves openly and repeatedly, and refuse to be shouted down.

I collect political buttons. I have one with a red dot in the middle surrounded by the words “against woman suffrage.” Think about it: Just over 100 years ago, not that long, men walked the streets of American cities wearing a pin that said they didn’t think women should be allowed to vote—yet they weren’t worried about being physically assaulted. Try doing that now! Now a woman is Vice President of the United States to the oldest president ever to be inaugurated, making it likely that she will become President.

Although a quick glance at a joint session of Congress reminds us that this country still has a long way to go when it comes to equal opportunity, that’s a lot of progress.

Most historians who analyze this cultural shift look at how and why the dominant white male power structure evolved during the 20th and early 21st centuries toward support for suffrage, women’s mass entry into the workplace, sexual liberation, the role of liberalized divorce in personal and financial emancipation, reducing discrimination by institutions like the military and corporate boardrooms and, after decades of resistance, women becoming viable candidates for the nation’s highest political office.

At least as important, however, is the change over the last century in the way that women view themselves. A 1903 article in The Atlantic documents the remarkable scale of opposition to American women’s own enfranchisement: “In 1895 the women of Massachusetts were asked by the state whether they wished the suffrage,” the magazine noted. “Of the 575,000 voting women in the state, only 22,204 cared for it enough to deposit in a ballot box an affirmative answer to this question. That is, in round numbers, less than 4% wished to vote; about 96% were opposed to woman [sic] suffrage or indifferent to it.” If a woman had wound up on the presidential ballot, most women would have voted against her because she was female.

In the early 1970s, just 40% of women told pollsters that they “favor most of the efforts to strengthen and change women's status in society today.” 76% of women and 70% of men now support the Equal Rights Amendment.

Why were there so many, to reference the comedy troupe, Ladies Against Women? Some women were worried that the feminist movement would burden them with obligations traditionally saddled upon men, like becoming subject to the military draft and paying child support. Others thought equal rights would destroy the traditional family. Over time, however, the advantages of equal pay for equal work and the desire for respect swept those worries aside. Women know they can do anything that a man can do. Most men, all those who are not stupid, see it too.

American Leftists are in the same diminished psychological state as the women of the 19th century. We are marginalized from “mainstream” political debate in corporate media, whitewashed out of official histories, have few victories to celebrate and heroes whose lives are unknown to us. We have no self-confidence; how can we overthrow capitalism without believing in ourselves, our ideas, and our potential? When I tell people, including leftists, that 39% of Americans are leftists, that there are more leftists than Democrats, and more leftists than Republicans, they think I must be lying or mistaken.

Few women who lived at the time that my anti-suffrage political button was printed imagined how radically things would change in their favor over the next 100 years. Patriarchy was a seemingly impregnable colossus until it wasn’t.

Capitalism is weak. The system is in a classic crisis of overproduction, unemployment and underemployment are out of control, for-profit healthcare continues despite a pandemic and consumerism-caused environmental collapse is in full swing. Socialists, communists, progressives and other leftists should emulate the example of American women, take confidence in their numbers and the viability of their cause, and get organized.

Ted Rall (Twitter: @tedrall), the political cartoonist, columnist and graphic novelist, is the author of “Political Suicide: The Fight for the Soul of the Democratic Party.” You can support Ted’s hard-hitting political cartoons and columns and see his work first by sponsoring his work on Patreon.

000000
Popular comments
Governments and media have ensured that political empowerment reaching deep-state levels of power has ben replaced by GENDER issues (feminism, LGBT) and RACE issues (BLM, etc.) Re-distribution of oligarchic wealth and power has always been the central focus of Socialism.