India Sets Off 75 Years of Independence Celebrations With 'Freedom March' 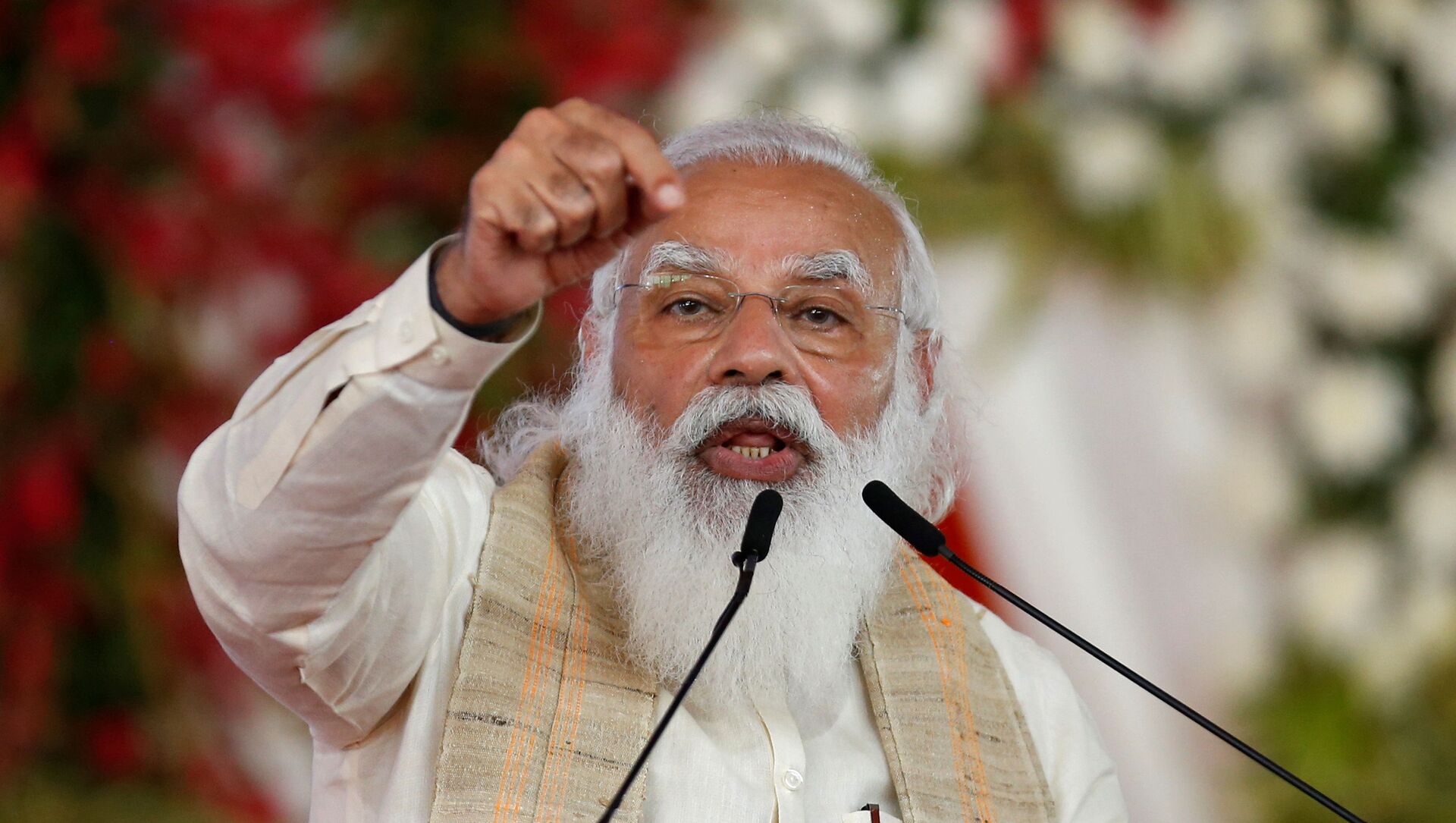 Deexa Khanduri
Sputnik correspondent
All materials
The Government of India has planned mega celebrations to commemorate the upcoming 75th anniversary of the country's independence in 2022. Commencing today, these celebrations will be organised every week over the next 75 weeks until next year’s Independence Day (15 August).

Prime Minister Narendra Modi is inaugurating the "Azadi ka Amrut Mahotsav" (Festival of Independence) in Gujarat state on Friday to formally kick-start the grand commemoration of 75 years of the nation's independence from British rule.

He will also launch a 'Padyatra' ('Freedom March') from Mahatma Gandhi's Sabarmati Ashram in the city of Ahmedabad.

Commencing from the Sabarmati Ashram, the 241-mile (388 km) march will conclude in Dandi Village.

It was on this day in 1930 that Mahatma Gandhi launched a defiant march to the sea in protest of the British monopoly on salt. He had set out from the Sabarmati area with 78 followers on a 241-mile (388 km) march to Dandi, located on the coast of the Arabian Sea.

Buy any local product and post a picture on social media using #VocalForLocal.

A Charkha will be installed near Magan Niwas at Sabarmati Ashram. It will rotate full circle with each Tweet related to Aatmanirbharta.

This shall also become a catalyst for a people’s movement.

​According to the federal Ministry of Culture, a “Azadi ka Amrut Mahotsav” programme will be held every week. Apart from the Culture Ministry, other ministries will participate in the event. These programmes will also be organised in all the Indian embassies outside the country.

Apart from Prime Minister Modi's event at Sabarmati Ashram, the Archaeological Survey of India (ASI) has also identified 16 other locations where celebrations will be launched today to mark the 75th anniversary of India's Independence in 2022.

This will include cultural programmes and different events. The first of the 16 events will begin at Qila Rai Pithora, a fort in Delhi.

The government has also formed a 259-member national committee under Prime Minister Modi's chairmanship, to plan and implement the programmes for the 75th year of the country’s independence.

On Friday, a bicycle rally was organised in the north Indian state of Punjab’s Amritsar city to kick start the celebrations.

​In southern India, Telangana State Chief K. Chandrashekar Rao will unfurl the national flag at Public Garden in Hyderabad city to formally launch the celebrations that will last for 75 weeks. It will be followed by a police march-past and releasing of balloons into the air.

​Earlier this week, the Delhi government announced that it would install 500 national flags at various locations of the national capital city.

Deputy State Chief Manish Sisodia has also announced a separate budget for programmes on the life of freedom fighter Bhagat Singh and the contributions made by late Dr. B.R. Ambedkar in framing the Constitution of India.