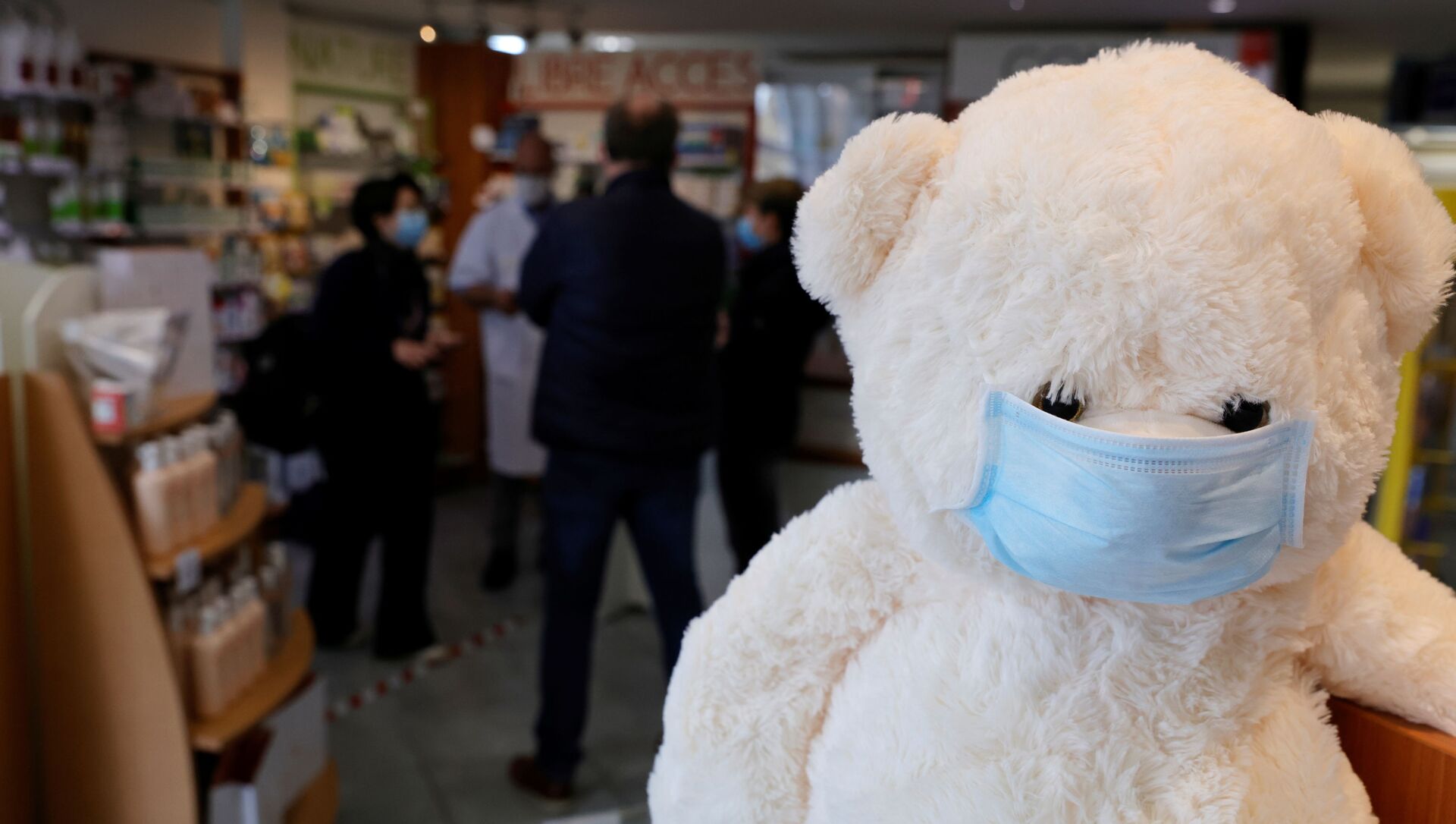 BRUSSELS (Sputnik) While the coronavirus pandemic has laid bare multiple factors that undermine a European response to public health emergencies, the least unexpected is the desire to make quick money as the world suffers, exemplified by the recent scandals in Germany where two lawmakers are accused of shady practices involving mask supplies.

Both cases involve politicians from the country's ruling parties, Chancellor Angela Merkel's Christian Democratic Union of Germany (CDU) and its long-time ally, the Christian Social Union in Bavaria (CSU), who are said to have received kickbacks for helping companies get government contracts to provide masks to citizens.

UK Action Fraud Reveals Victims Have Lost Over £4.6 Million in Coronavirus Scams
One of them, CDU's Nikolas Lobel, who represents Baden-Wuerttemberg, where an important regional election is to be held next week, has been quickly forced by the party leadership to hand in his resignation, saying that his conduct did not measure up to the special moral duty of a Bundestag member.

The other, CSU's Georg Nusslein, while forced to quit his party, denies the allegations against him and plans to hold his seat as an independent.

The Greens and the Alternative for Germany (AfD) opposition parties are blaming the government of Angela Merkel for the cases of corruption already identified.

"Every new mask scandal is another blow to the credibility of the corona policy of this federal government. The damage is not repaired with unctuous circular letters and appeals. Now it must be fully clarified who in the governing parties has benefited from such and similar deals," Alice Weidel, the AfD leader in Bundestag, told Sputnik.

A spokesperson for the Greens echoed the sentiment.

"The various corruption incidents related to the procurement of masks are examples of why we have been calling for years, together with a large number of others, to take measures for more transparency and stricter rules in corruption and in dealing with lobbyists," the spokesperson told Sputnik.

Germany is not the only country in Europe that has to face such scandals, as neighboring Austria recently had its own scandal involving one of the country's leading manufacturers of FFP2 medical masks.

Israeli Biotech Institute Issues Fraud Notice as Fake Coronavirus ‘Vaccine’ Pops Up in South America
In Austria, FFP2 masks have been widespread for more than a month as Chancellor Sebastian Kurz made them mandatory in transport and shops. as of late January in a bid to make Austria look like a leader in the fight against COVID-19.

Now, manufacturer Hygiene Austria is suspected of repackaging masks made in China and selling them at a higher price as if they were produced domestically. Earlier in the month, the police raided two company addresses, even as Hygiene Austria strongly denies any wrongdoing.

"We see that the Corona crisis, like practically every crisis, is dominated by crisis profiteers ... Consequences must also be drawn Europe-wide. It would be desirable to convene a European special committee on companies and government officials and to investigate exactly who earned a ‘golden nose’ during the crisis," Roman Haider, a EU lawmaker from the Freedom Party of Austria told Sputnik.

The Kingdom of Belgium for a long time has been a poster boy on how not to fight against COVID-19, at some point having the highest number of deaths per million inhabitants.

As in many other countries of the EU, masks were not available. In the Belgian case, its national reserve was destroyed in former military barracks where they were stocked, to make space for asylum seekers accepted by the country. The minister of health denied the link, but the local officer in charge confirmed the accusation.

In light of that, the government scrambled to organise shipments of masks into the country, joining forces with a small Luxemburg company Avrox, sparking public controversy and an investigation by Brussels public prosecutor's office.

"There is no proof yet, but this smells strongly of corruption of some civil servants in the administration, who are in cahoots with Avrox, which had nearly no activity, prior to getting this very juicy contract... It is clearly dangerous to be in a hurry for public financial decisions," a Belgian lawmaker told Sputnik.

Meanwhile, a number of Belgian textile federations criticized the Luxembourg firm for not meeting the manufacturing health requirements. Avrox defended itself, claiming that its masks, which are made in China, comply with all national and European regulations.

The Belgian health authorities estimated in June that the masks did not present a danger and sent them to pharmacies to distribute to each household for free.

In February, however, the authorities reported that Avrox masks could have in them particles of silver and titanium dioxide that are potentially damaging to the respiratory tract.

The coronavirus pandemic was a truly earth-shattering event, in more ways than one, and will likely change the world as we know it forever. Nevertheless, some things, like schemes to make a quick profit during a crisis, will prove resilient even to COVID-19.