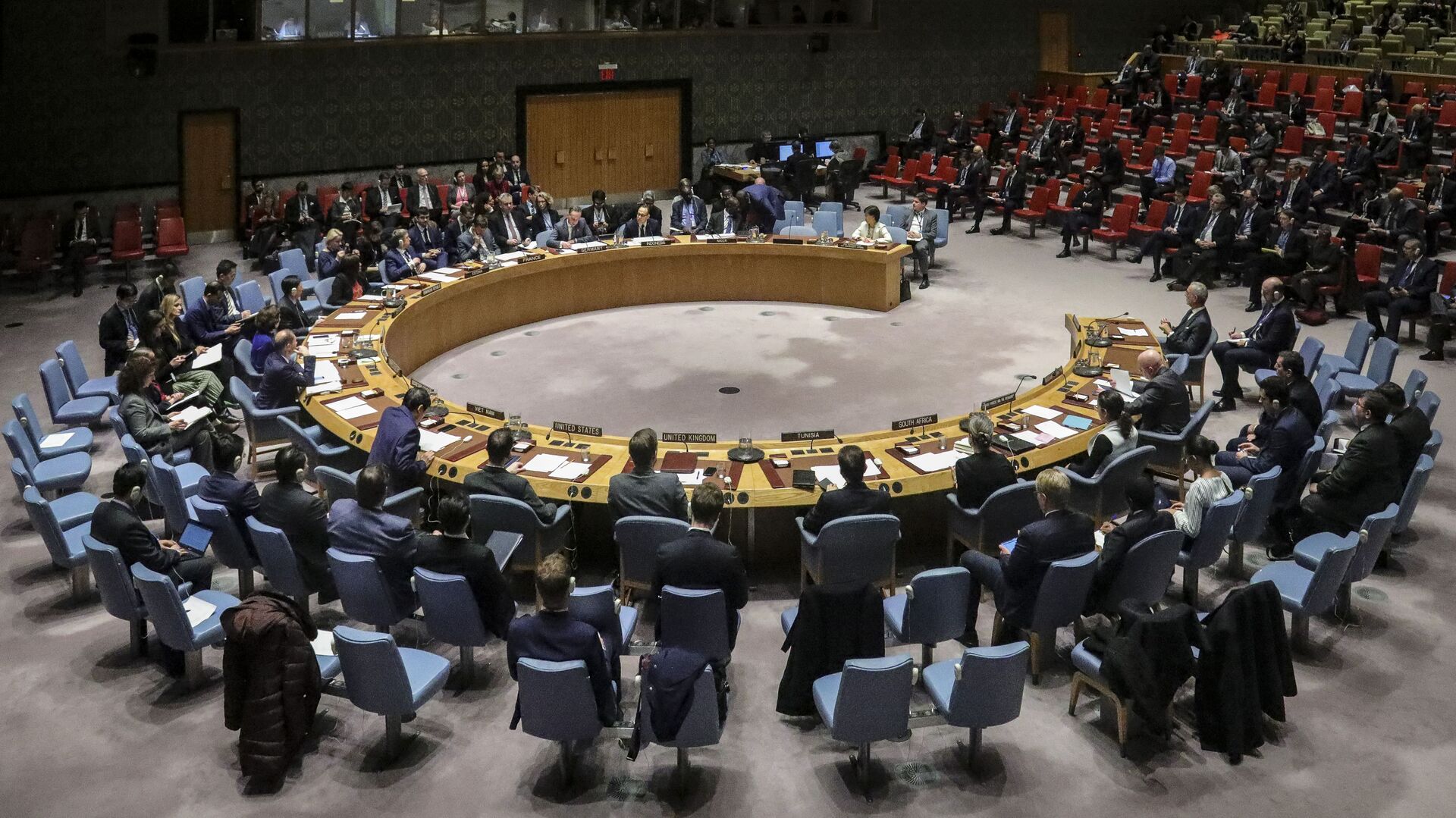 Morgan Artyukhina
All materialsWrite to the author
In a bid to reduce tensions, the UK, France and Germany have backed off a condemnatory resolution aimed at Iran's blocking of some International Atomic Energy Agency inspections. Iran's move is in following a December law by the Majlis aimed at forcing the US to return to the 2015 nuclear deal, which no other party left.

In response to Washington's continued attempts to force Iran to renegotiate the 2015 nuclear deal, Iranian Foreign Minister Mohammad Javad Zarif has suggested the UN charter be renegotiated as well, including removing the Security Council's veto power.

Zarif blasted the US position on the Joint Comprehensive Plan of Action (JCPOA), saying in a Thursday tweet the deal "cannot be renegotiated - period."

Let's stop posturing—which we both did 2003-2012 to no avail—& get down to implementing JCPOA—which we both actually signed on to.

​The US is one of five nations that is both a permanent member of, and holds unilateral veto power over all resolutions by, the UN Security Council, the only part of the UN with the authority to issue binding resolutions to other nations. The other four nations with veto power are the United Kingdom, France, the People's Republic of China, and Russia, the latter two of which were originally given to the Republic of China and to the Soviet Union, respectively, and then passed on to their legal successor states.

All were allied nations at the conclusion of World War II, part of the anti-fascist alliance that defeated Japan, Germany, Italy, and their various allied states in 1945, although China and the USSR soon formed their own communist bloc as the Cold War reignited old rivalries. Incidentally, all the five nations also constitute the majority of the world's nuclear-armed nations; the others are Pakistan, India, Israel, and the Democratic People's Republic of Korea.

The US has used its veto power to shield it and its allies from international scrutiny, including especially Israel. The US has vetoed 82 UNSC resolutions, but the USSR/Russia has actually vetoed more, at 116 resolutions.

The five permanent UNSC members, plus Germany, the European Union, and Iran, together formed the JCPOA agreement in 2015. While not a binding treaty, the agreement saw the lowering of international sanctions against Iran in exchange for its accepting of strict limits on the quality and quantity of uranium it could refine, which limited it to certain electrical and medical applications only.

In 2018, then-US President Donald Trump claimed Iran had been violating the deal, which he attacked as a bad deal his predecessor, Barack Obama, had foolishly agreed to. Trump unilaterally withdrew from the deal, returning "maximum pressure" US sanctions against Iran's economy and pressuring other powers to do the same. Few did, as they saw no violations by Iran; however, few effectively resisted Washington's moves, either.

In response, Iran began to reduce its commitments to the deal, increasing the amount of uranium it refined as well as its purity, although both have remained well below that needed to produce a viable nuclear weapon. Zarif has said Tehran is ready to immediately return to the confines of the deal if the US is, but so far US President Joe Biden has been reluctant to make the first move, insisting Iran return to full compliance before he will lower the Trump-era sanctions.

Last month, the EU proposed hosting informal talks between Iran and the five permanent UNSC members, but Tehran ultimately rejected the offer, saying it was clear the US must be the first actor in patching up the deal.

"America must end its illegal and unilateral sanctions and return to its (deal) commitments. This needs neither negotiations nor resolutions," Iranian Foreign Ministry spokesperson Saeed Khatibzadeh said at the time.