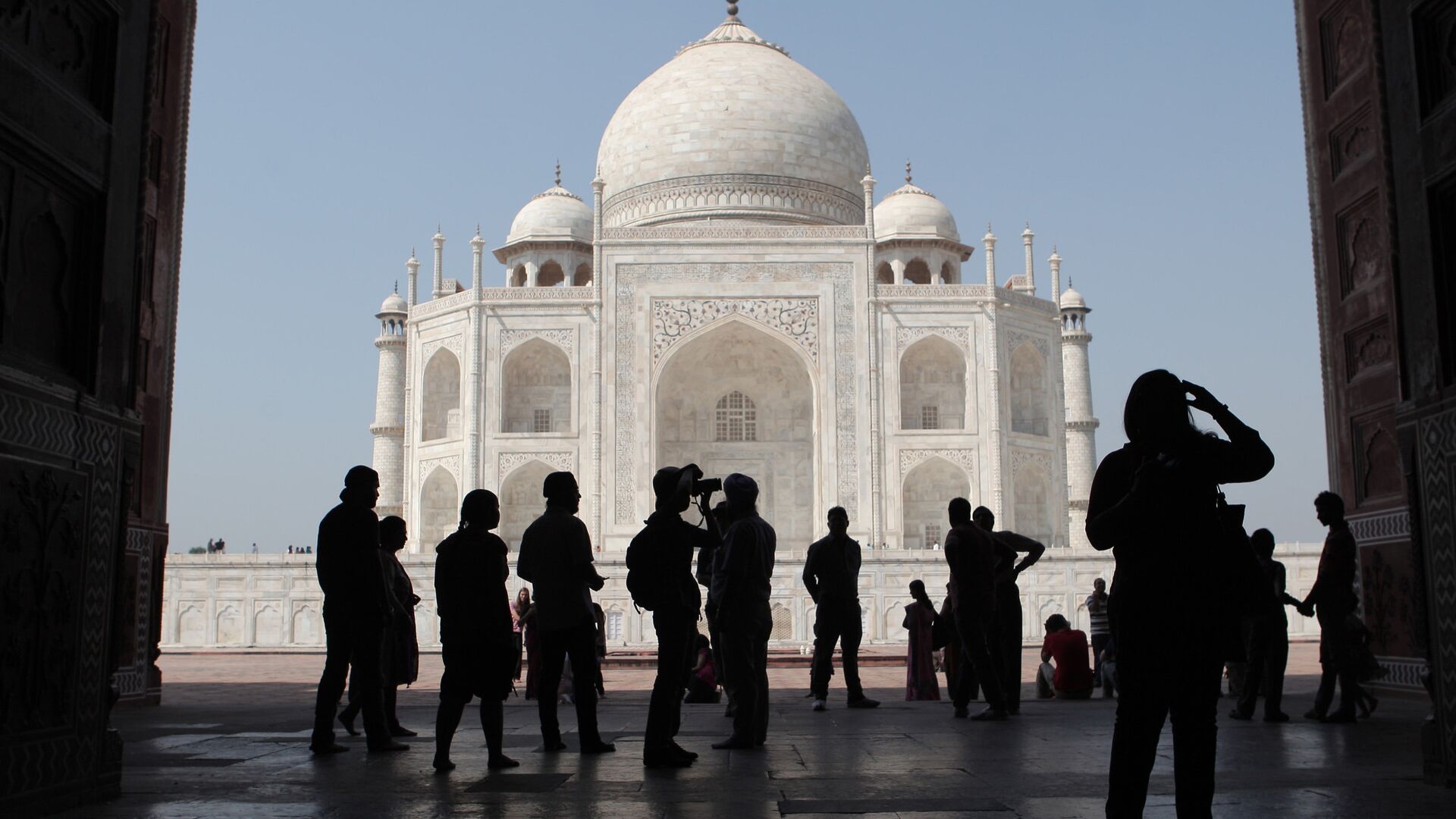 © Sputnik / Sergey Mamontov
/
Go to the mediabank
Subscribe
International
India
Africa
Over 1,000 visitors of the Taj Mahal were asked to evacuate on Thursday after authorities received a bomb threat from an unidentified caller.

An unidentified person called Uttar Pradesh Police, claiming that an explosive device has been planted inside the mausoleum's premises which would detonate soon, according to police.

#Tajmahal premises has been cleared for search operations by CISF and ASI after a threatening call at police Control room to blow the monument. @adgzoneagra @IpsBablooKumar @agrapolice @CISFHQrs pic.twitter.com/EeTExLEu9B

​The call was made on the emergency helpline number 112.

A team of Agra Police and the CISF, which protects the monument, searched the premises of the Taj Mahal.

The police believe that the bomb threat may have been fake.

The Taj Mahal is an immense white marble mausoleum constructed in Agra, India by Mughal emperor Shah Jahan in memory of his favourite wife between 1631 and 1648; UNESCO calls it “the greatest architectural achievement in the whole range of Indo-Islamic architecture”.