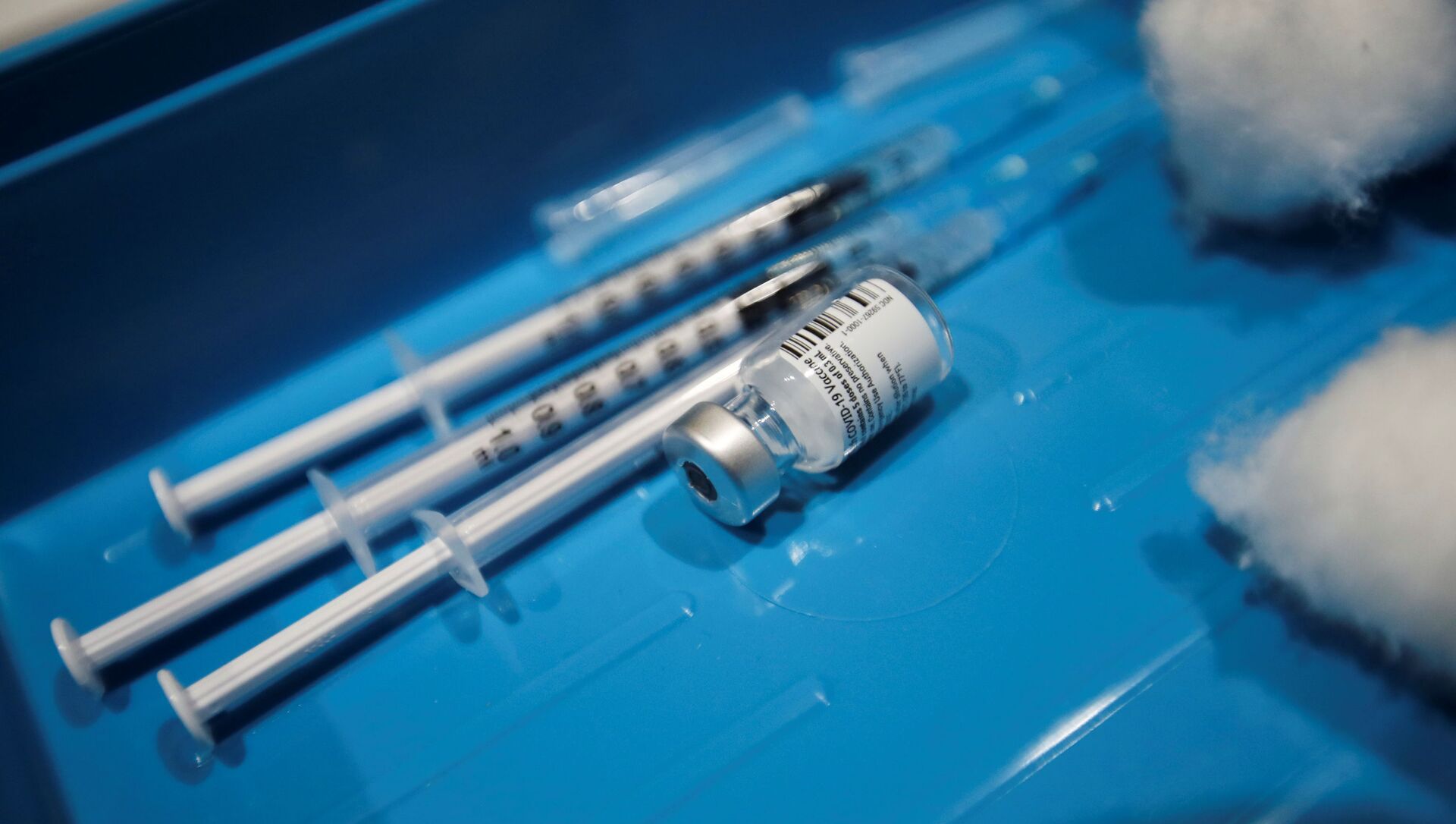 In a world where they say that anything is possible, there are still many things that we think we’ll never live to see. Germany’s number one newspaper BILD declaring ‘Dear British We Envy You’ emblazoned on their front page, was certainly one such thing.

However, we live in unpredictable times and as Germany casts an envious eye towards the success of Britain’s vaccine rollout, the EU continues to stutter and stumble. Indeed, president of the European Commission, Ursula Von der Leyen, proclaimed that the UK COVID vaccine drive is like a "speedboat" compared with the EU "tanker".

Sputnik spoke with political commentator, John Whitby, to find out just why the EU’s vaccine rollout has been so flawed and whether Britain has been proved right in shaking itself free of Brussels.

Sputnik: What is your opinion on why the EU rollout of the vaccine has been so flawed?

John Whitby: It actually goes back to the basic reason why I certainly wanted - or one of the main reasons I wanted - out of the EU. You have a monolithic organisation there that is trying to work for 27 disparate nations. It's too big, it's too bureaucratic.

Sputnik: Why has Britain's vaccine rollout been far more successful than the EU?

John Whitby: Because we've had that flexibility that the EU doesn't like. They like bureaucracy. Everything is centrally controlled. You can't make decisions centrally for everything. And Britain had the ability to turn around and say, 'Right, when these vaccines come up, we like what we're seeing, we're going to get them, we will order them now in advance'.

AstraZeneca Reportedly Warns EU of 50 Percent Shortfall in COVID-19 Jab Deliveries in Second Quarter
And the EU was basically saying, 'Oh, well, we're not sure, what do you think about it?' 'What do you think of that?' 'Oh, well, perhaps we can do a better deal'. And by the time they got around to doing it, it was three months later. Why is it that the EU takes 10 years to do a trade deal that other countries take two or three? The simple reason is that they cannot work efficiently.

Sputnik: Would you say the EU's vaccine rollout has almost become an advert for Brexit?

John Whitby: Absolutely. It is exactly the sort of reason - the flexibility, the ability to move quickly - that the EU doesn't have and cannot have by its very design, which is what it's given the UK back. We can move quickly; we can make our own decisions. We haven't got to go into a huge committee meeting and decide 'What do you think?' and then go by the majority view. We can say, 'We want to do this, we think it's right'. If we get it right, great. If we get it wrong, that's our problem. And it actually brings the decision making back here. But also it brings back the responsibility.

Vaccine Diplomacy or How Big Players Can Assert Influence on World's Poorest Nations
So if our vaccine rollout had gone horribly, horribly wrong, then you've got Boris Johnson and Matt Hancock are the two people you can point the finger at. When the EU rollout goes wrong, who do you blame? Who takes responsibility for it?

Sputnik: Has the EU failed its people or are they just a convenient excuse for nations like Germany and France?

John Whitby: I think it's a mix of the two. But certainly on this where the vaccine was supposed to be a centrally managed thing, because that gives the EU buying power and everything else. And again, it's one of those competencies which they're gathering from nation states in the EU. I think most of the problem is down to the EU. But the nation states need to take some responsibility and say, this isn't working. Basically tell the EU to get knotted and go and do it themselves.