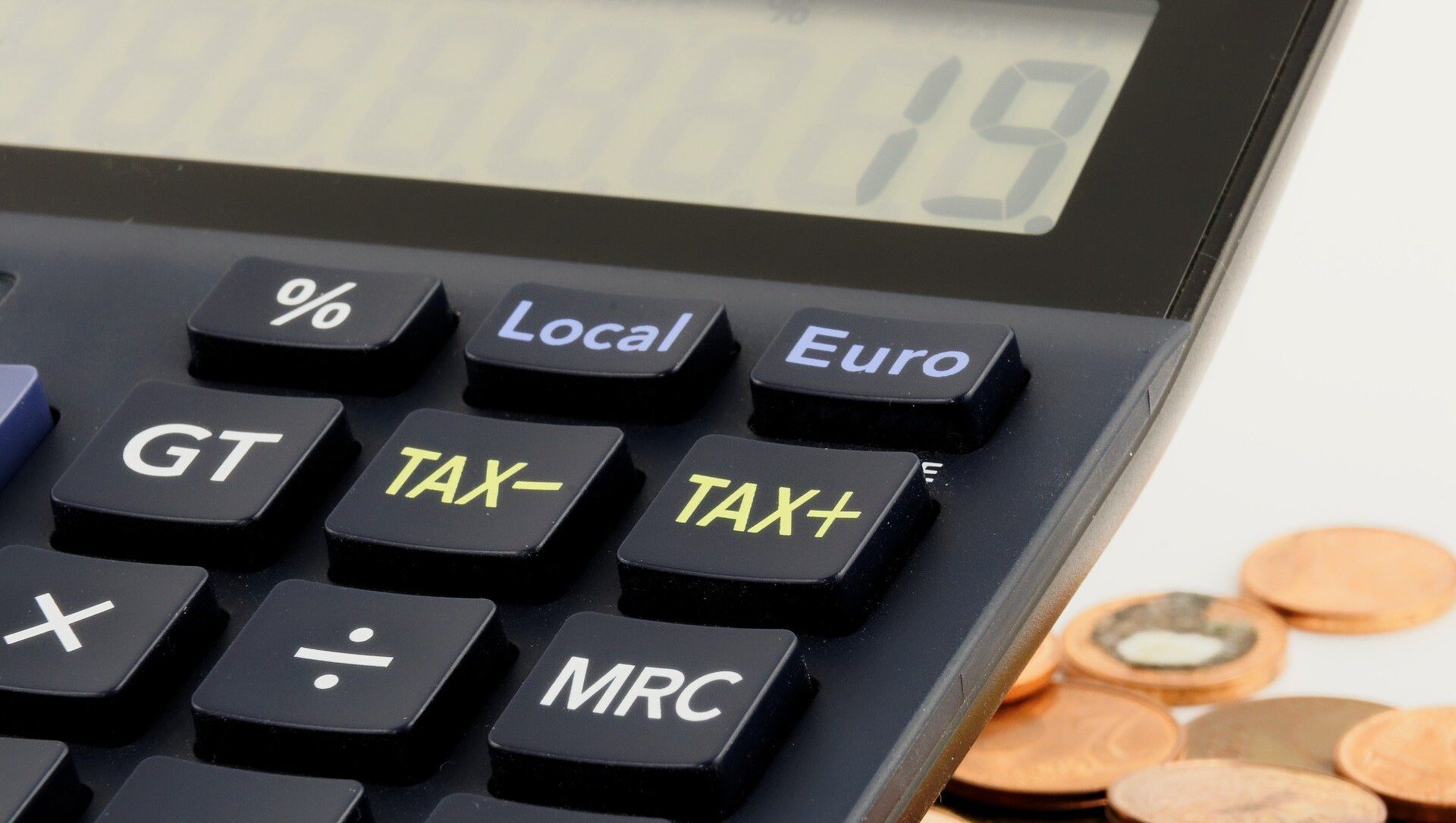 Over the last eleven years there have been 85,745 criminal prosecutions for benefits related fraud but only 3,665 prosecutions for tax fraud, yet the amount of revenue denied to the Treasury by tax cheating is at least nine times greater than benefits fraud. In financial year 2018/19 the HMRC, the government body responsible for tax collection, admitted a tax collection gap of £20 billion but the report itself makes clear that reporting and calculation methods makes this figure an absolute minimum amount with the real figure nearer to £44 billion and some other reputable research suggesting annual amounts lost to the treasury via combined tax evasion (illegal) and tax avoidance (immoral) amounting to £122 billion

That amount represents almost the annual NHS budget stolen from the public purse each year by tax dodgers but the British government targets and prioritises benefit fraud over tax fraud despite the sums lost to benefit fraud adding up to less than 1% of the total benefits budget, under £2 billion once recovery actions are factored in.

At least £20 billion is lost from tax dodging compared to under £2 billion lost from benefit fraud but the Department for Work and Pensions (DWP), responsible for the benefits bill, employs three and half times more staff on compliance than the HMRC.

Many More Employed to Target Benefit Fraud Than Tax Dodging

These adjusted figures for comparison purposes make the disparity in numbers pursuing tax cheats compared to benefit fraud even worse than reported in Parliament a year ago when an SNP MP demanded the Tories explain why more time and resources is spent on predominantly poorer benefit fraudsters than predominantly wealthy tax cheats after he highlighted the number of staff employed to chase tax dodging had fallen from 1,046 to 961 while the number employed to pursue mis-claimed benefits was 1,400:

“These alarming figures demonstrate that the Tory Government appear to be either complacent or just not interested in tackling the tax gap or in chasing the rich and corporations who avoid paying what they owe the state.

The Government must now explain why there has been a reduction in staff.

Either they are unable to hire staff, which suggests that a major recruitment strategy should be put in place, or they are wilfully reducing numbers to protect avoiders and evaders.

Either way, these numbers are shocking. The Government must now introduce a strategy to hire more staff to combat tax avoidance and evasion”

The employment of more staff to detect wealthy individual and corporate tax evasion and avoidance and close the scores of loopholes legally, but immorally, deployed by the rich to avoid paying their share to society will not happen. Tax evasion and avoidance is a refined sport for the rich and famous and they are the friends and donors to the Tory party.

The use of offshore accounts in tax free countries and regions and the application of dubious accounting practices to ensure all multinational company losses are recorded in tax collecting areas but all profits are registered in tax free zones is widely known and understood. Read the Public Accounts Committee Report from 2015 when they lambasted the number of HMRC prosecutions for offshore tax evasion as “woefully inadequate”:

"HMRC must do more to ensure all due tax is paid. The public purse is missing out and taxpayers expect and deserve better.

We are deeply disappointed at the low number of prosecutions by HMRC for tax evasion. We believe it is important for HMRC to send a clear message to those who seek to evade tax that the penalties will be severe and public. It's also important that the majority who play by the rules, paying their tax on time and in full, see that those who don't will face the consequences.

Tax avoidance also remains a serious concern. Too many avoidance schemes run rings around the taxman, operating legally but gaining advantages never intended by Parliament. If tax law is to be improved then HMRC must as a priority provide Parliament with comprehensive details of avoidance”

The truth is the rich elites and Establishment lackeys who run British society don’t want to clamp down hard on the millionaires and billionaires who dodge their taxes lest they upset them and lose endorsements, donations and newspaper support. The billionaire owned press and media is owned by a tiny number of rich men who arrange their affairs to avoid paying taxes in the UK:

These are the four men who own the news in the UK and who, as in Baldwin's time, exercise considerable political power without facing an electorate”.

Britain cannot take meaningful action to curb tax evasion and avoidance as it is in fact the biggest facilitator of international tax evasion and avoidance in the world through its network of Overseas Territories (OTs) and Crown Dependencies (CDs) of the United Kingdom where the British Queen is head of state; powers to appoint key government officials rest with the British Crown; laws must be approved in London; and the UK government holds various other powers. Detailed research exposes the fact that four of the top five corporate tax havens on our planet are British jurisdictions

Last year a 49-year-old lone mum of two from Hull was sentenced to prison for failing to inform the DWP immediately after a new partner started living with her regularly enough to affect her tax credit entitlement. She informed the local authority of her change in circumstances but not the DWP until she was later advised she should have. Speaking in her defence her solicitor said in court:

“She accepts there is no excuse and she accepts fully her culpability. She at the time was struggling with two young children and holding down a responsible and stressful job. She was in debt”

The fraudulently claimed sum amounted to £20,000 and Angela Prendergast was sentenced to four months behind bars for her mistake.

In 2005 the owner of the retail consortium Arcadia, Phillip Green, paid himself the largest dividend in British retail history when he withdrew £1.2 billion from the company, more than four times the company’s pre-tax profits that year. It was a dividend payment that defied business practices and shocked trained observers. He avoided paying almost £285 million on that incredible dividend by paying it to his wife Tina who resided in Monaco which is a tax haven. He justified such an arrangement by explaining the company had originally been set up in Tina’s name.

Arcadia has now collapsed with the loss of thousands of jobs and workers have been denied pensions they paid into for years and other employment rights. Some are preparing legal action against Green.

Green was also at the helm when British Home Stores (BHS) collapsed in 2016 and thousands of workers lost jobs and pensions on the altar of business practices which were always shrouded in secrecy but geared to maximise the personal wealth of Green and his family. Professor of Accountancy Prem Sikka has exposed these shady deals that drained the company of liquidity over many years leading to inevitable closure. Offshore accounts were deployed to avoid taxes and a £106 million sale to Mrs Green’s Jersey based company in 2001 led to annual rental payments to her from BHS over 15 years which amounted to £153 million without tax liabilities.

The Greens ripped off the taxpayer to the tune of £285 million minimum which could have paid for thousands of nurses and teachers. They effectively stole from the public purse. They were knighted.

Angela Prendergast was raising two children on her own and keeping down a high-pressure job. She was in debt and struggling to survive. She forgot to inform the DWP of a change in circumstances. Her £20,000 mistake cost her four months in prison.

There is the rotten, stinking, foul British state summed up. Tax evasion and avoidance is a cancer which eats away at public services and denies better provision in schools, hospitals, and elderly care homes. But rather than attack the tax dodgers, the real scroungers in society, the British government targets the poor on benefits instead. It is a sorry situation and the Tax Watch Report exposes the tainted and hypocritical priorities. The day we prioritise tax evasion and avoidance is the day we begin to build a better and fairer society.