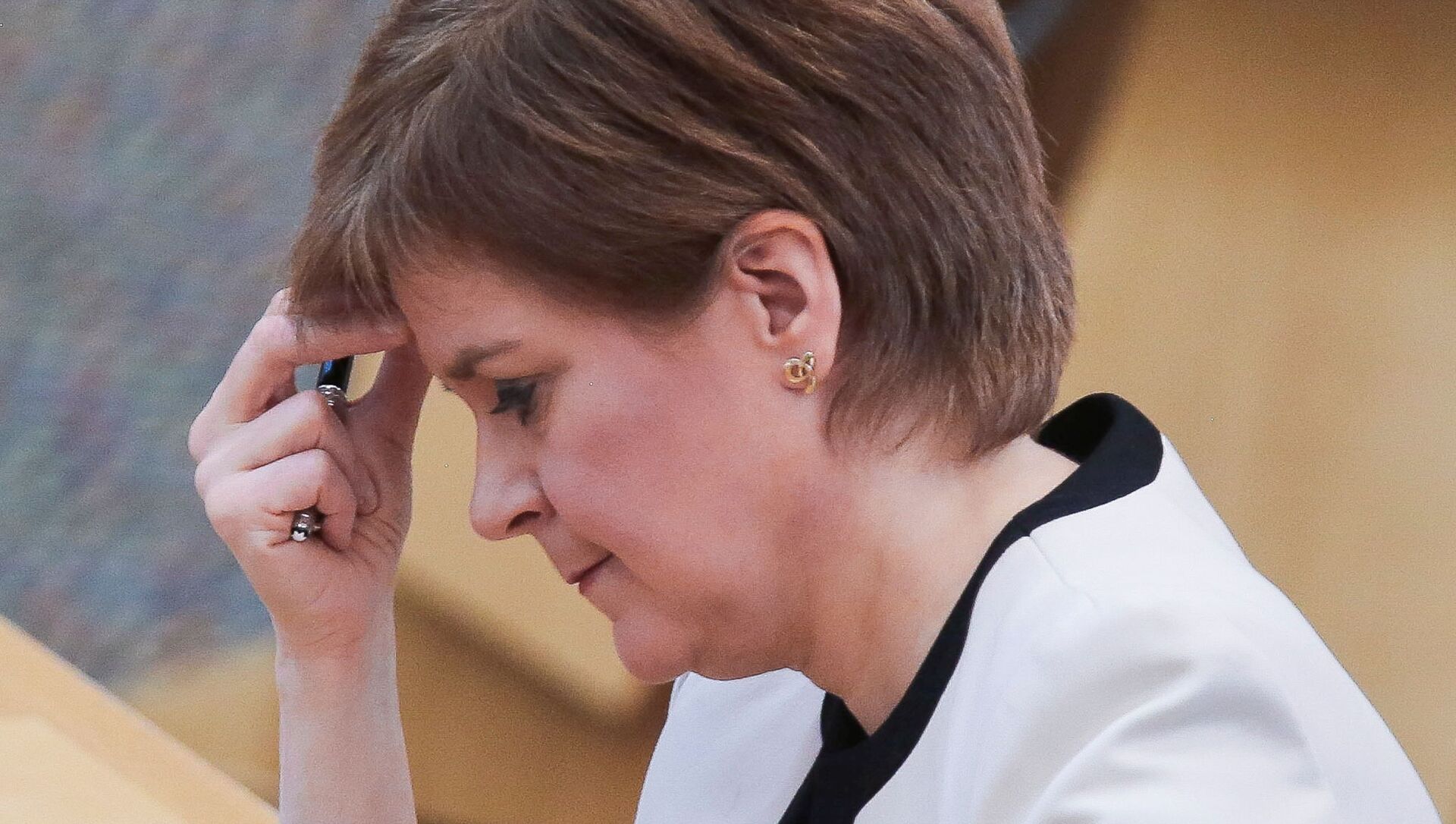 James Tweedie
All materialsWrite to the author
The decision came the same week the Scottish government refused to publish First Minister Nicola Sturgeon's testimony to the 2019 Hamilton Inquiry into allegations against her predecessor Alex Salmond. Sturgeon's decision to press ahead with that probe when it was clear that it would collapse cost the taxpayer hundreds of thousands of pounds.

Pressure on Scotland's embattled First Minister Nicola Sturgeon has increased after a parliamentary inquiry agreed to publish evidence that she broke the ministerial code.

The parliamentary inquiry into Sturgeon's handling of sexual misconduct claims against her predecessor and Scottish National Party (SNP) colleague Alex Salmond reversed its earlier refusal to publish his dossier of documents incriminating the first minister.

The inquiry's committee, chaired by SNP MSP Linda Fabiani, washed its hands of the matter and asked the Scottish Parliament Corporate Body (SPCB) to rule on Salmond's request. The documents, which have already been widely reported in the media, will be published next week with some details redacted.

Thursday's decision opens the way for Salmond to give evidence at the inquiry next week, after he boycotted earlier sessions in protest at the committee's initial stance.

The SNP reacted angrily to the decision on Thursday night, claiming it would "jeopardise" the anonymity of several female civil service staff who made allegations against the former first minister dating back to 2013 — or any woman making such an allegation.

​But opposition parties, who saw the initial refusal as a ploy to stop Salmond testifying against Sturgeon, welcomed the development.

"Their clear overreaction only confirms in people's minds that they must have something to hide," said Scottish Conservative parliamentary leader Ruth Davidson.

"Nobody is suggesting for a second that information would ever be published jeopardising a complainant's anonymity. That would be totally unacceptable," she stressed.

"As the ruling party, it is the SNP's own Government who so badly let down women who came forward," Davidson charged. "It is therefore galling to hear them falsely accuse others of doing the same."

Salmond and his team argue that the documents prove Sturgeon broke the ministerial code by meeting him secretly in 2018 to discuss the allegations.

She also allegedly wasted taxpayer’s money on the 2019 Hamilton Inquiry investigation into Salmond when it was clear that his application for a judicial review would succeed. A judge halted the probe in January 2020, ruling it unlawful and “tainted by apparent bias”, and awarded over £500,000 in legal costs to Salmond.

This week the Scottish government refused a freedom of information request to publish Sturgeon's testimony to that inquiry.

Despite the collapse of that investigation, Scottish police and prosecutors pressed on with a criminal prosecution against Salmond which ended with him being cleared of all 14 charges in March 2020.

Sturgeon has already faced calls to resign from opposition MSPs and a former public standards committee chairman if she is found to have breached the code of conduct.

Sturgeon whipped up another controversy on Thursday — in an apparent apparent attempt to divert attention from the dossier — when she ordered the European Union's flag to be flown over government buildings in place of the Union Jack. The UK's national flag will now only be flown on Remembrance Day every November.

Scotland Mulls Border Checks Amid Collapse of Talks With England on Tougher Quarantine
The strident Europhile has used Britain’s exit from the EU as a pretext to demand a repeat of 2014’s independence referendum — which saw an overwhelming 55 per cent vote to stay in the UK — which Prime Minister Boris Johnson has already ruled out.

Sturgeon has pledged to use a second-time-lucky referendum win to surrender Scotland’s newly-won independence to Brussels by re-joining the bloc — theoretically a populist move, since 62 per cent of Scottish voters backed remaining in the EU in the 2016 referendum. In January she begged the EU to “keep the light on” for Scotland as the post-Brexit transition period came to an end.