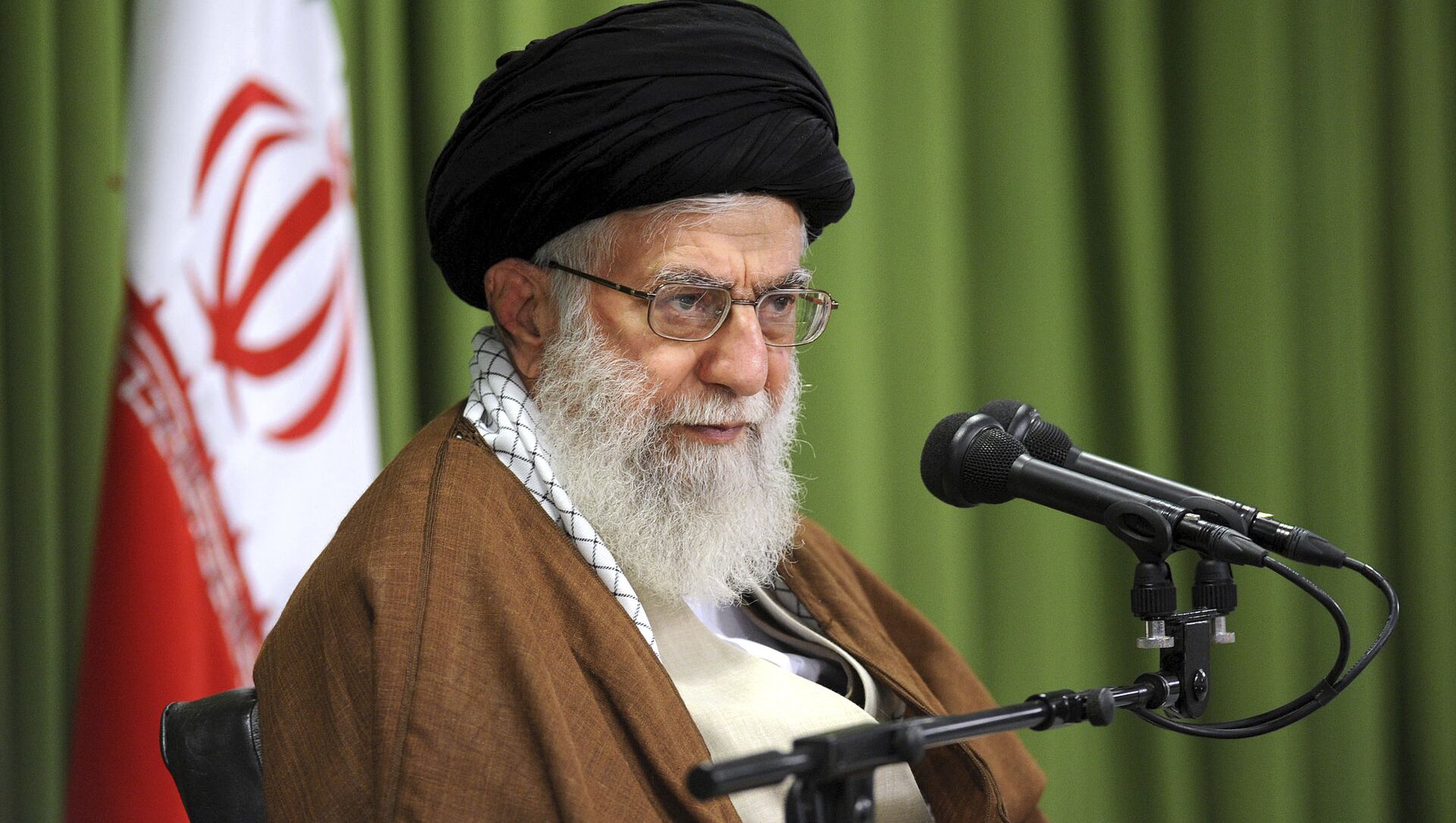 Ilya Tsukanov
All materialsWrite to the author
Iranian officials expressed cautious optimism over Joe Biden's election to the US presidency in November, with Biden hinting that he would reverse Donald Trump's policy of “maximum pressure” against Iran and return to the nuclear deal. The prospects of improved relations have stalled, however, as both sides have demanded good faith concessions.

Iran will return to compliance with the terms of the Joint Comprehensive Plan of Action (JCPOA) nuclear deal only if the United States lifts its crushing sanctions first, Supreme Leader Ayatollah Ali Khamenei has indicated.

"The party that has the right to place conditions on the JCPOA is Iran, because it fulfilled all of its obligations, and not the United States and the three European countries, which violated all their obligations", Khamenei tweeted Sunday.

"If the United States wants Iran to return to its obligations, it must lift all sanctions, and we must verify this and see if it is right to return to our commitments", he added.

Hopes for a speedy easing of Iran-US tensions under Biden have been dashed as both sides have made hard demands on the other party to make good faith concessions. Tehran says Washington must remove all of its sanctions against the Islamic Republic, given that it was the US side which unilaterally abrogated its obligations under the nuclear agreement in 2018. The US says Iran must scale back its uranium enrichment and stockpiling activities before Washington can consider returning to the deal.

Last week, Biden's Secretary of State Antony Blinken echoed Israeli claims about Iran's alleged nuclear ambitions, suggesting that the Middle Eastern nation could be just "a matter of weeks" from accumulating enough fissile material to build a nuclear bomb. Israeli officials have made similar allegations for most of the past decade. Iran has vehemently denied that it has any plans to build a nuclear bomb, or weapons of mass destruction of any kind, and suggested that Israel and the United States should dismantle their actually existing stockpiles of nukes and other WMDs.

Biden Set to 'Put a Little More Distance' in Relations With Israel, Focus on Iran - Reports
On Saturday, Iranian Foreign Minister Mohammad Javad Zarif warned that the US "has little time" to restore the JCPOA to full working order, and that recent legislation in Iran's parliament will soon force the government to harden its stance on the nuclear accord if Washington does not act. The foreign minister also hinted that Iran's upcoming presidential vote, set to take place in June, could see the election of a president who would take a tougher line amid the Biden administration's seeming unwillingness to act.

"The more America procrastinates, the more it will lose...it will appear that Mr Biden's administration doesn't want to rid itself of Trump's failed legacy", Zarif said.

Also Saturday, Bloomberg reported, citing informed sources, that the Biden administration was looking at "options" to relieve the economic pressure caused by US sanctions against Iran without actually lifting the restrictions. According to the business outlet, these options include formally reversing the Trump administration's decision to withdraw from the Iran nuclear deal, but without lifting Washington's crushing sanctions against the Iranian economy, including secondary restrictions on its oil exports. Tehran has stressed that nothing short of the complete lifting of all "illegal" US sanctions will restore the nuclear agreement.