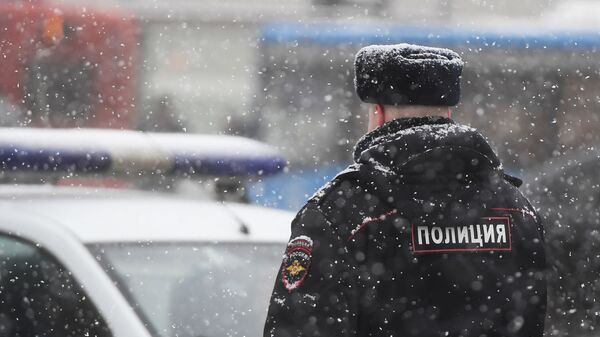 Sputnik’s correspondents learned from local authorities that around 500 protesters took to the streets in Vladivostok and around 250 in Khabarovsk. No precise number of detained protesters were readily available.

While most of the protesters marched peacefully and chanted anti-government slogans, flouting police warnings of their illegal rally, several scuffles broke out and led to forceful detentions. Sputnik’s Vladivostok correspondent reports one protester ignited a flare while others threw snow at officers.

​One video shows a young man launching a punch at a policeman and then running away.

​Authorities and police have been warning against participation in unauthorised rallies in the run up to Saturday, citing COVID-19 restrictions bar public gatherings.

People have also begun joining protests in other eastern Russian cities, such as Novosibirsk, Irkutsk, Yakutsk and others, according to social media posts.

Navalny was detained upon his return to Russia last week for violating probation terms on an earlier embezzlement conviction. His probation is related to a case brought by the Yves Rocher cosmetics manufacturer. The vlogger, accused of committing fraudulent activities and money laundering, was sentenced in December 2014 to 3.5 years probation, while his brother Oleg Navalny was sentenced to 3.5 years in prison. Navalny pleaded not guilty and said the criminal prosecution had political motives. In 2017, the probation was extended to 30 December 2020.

However, Navalny failed to show up at the probation department before the deadline – he remained in Germany despite being discharged from the hospital where he was treated after allegedly being poisoned by a nerve agent from the Novichok group.

Navalny fell ill aboard a domestic Russian flight on 20 August. He was initially treated in the Siberian city of Omsk after the plane made an emergency landing. Local doctors claimed he was suffering from a metabolic disorder and said no traces of poison were found in his system.

The opposition figure and his associates begun calling for the Saturday protest after he was placed under 30-day custody. Authorities have tried to stem calls to join the protest on social media on grounds of illegal involvement of minors in protest activity and coronavirus violations.