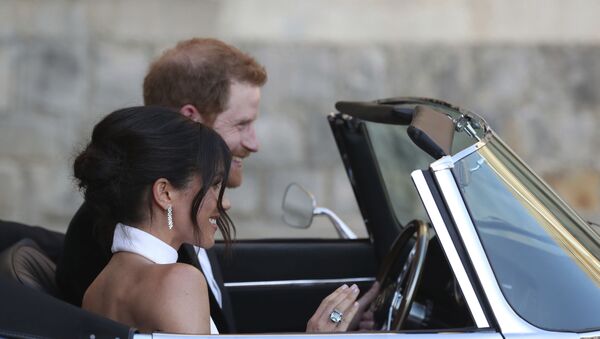 © AP Photo / Steve Parsons
Subscribe
International
India
Africa
Lilia Dergacheva
All materialsWrite to the author
The chances of such a high-profile return are said to be thin because of the choices the Sussexes have already made so conspicuously, thereby leaving the couple little room in which to backtrack from their decisions.

Prince Harry and his American wife Meghan might be in the first “trial year” of their “personally and financially independent” life away from the influence of the Queen at Buckingham Palace and Harry's father, the Prince of Wales in Clarence House, but according to royal insiders cited by the Daily Mail, the Sussexes’ departure is probably permanent.

When they first announced their intention, rumours circulated about how they would try to keep up some royal duties abroad and “support the Queen” from their new home. However, as news started to filter through about their new occupations, including lucrative business ventures, the possibility of a comeback faded away - although the Queen herself never entertained it whatever, the Daily Mail adds.

"It just goes to underline the Queen's judgment: you simply can't do both roles without conflict. And contrary to speculation, it was actually a pretty straightforward decision on Her Majesty's behalf," a royal source explained.

"The Queen knows you can't have a working member of the Royal Family also being paid millions of pounds by Spotify to tell people to 'swipe and follow' their podcast, or encouraging consumers to buy a certain brand of coffee. The two are simply incompatible.” 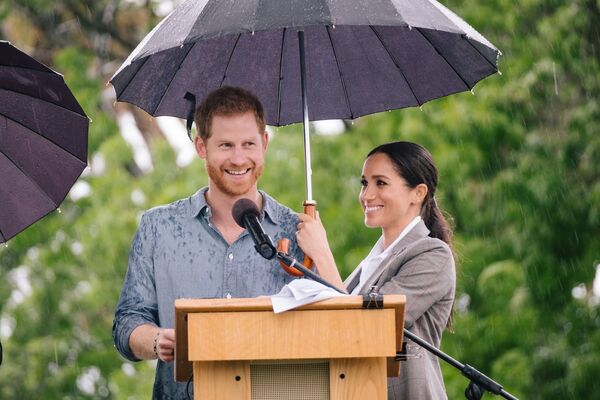 Now that Harry and Meghan have already embarked on their podcast project with Spotify as well as secured a contract (rumoured to be worth an eye-watering $100 million to $150 million) with the over-the-top content platform Netflix, the chances of their backtracking and returning to work as full-time royals is basically zero — "dead in the water," as another royal insider expressed it.

"It's solely down to the choices they have made," the source explained, acknowledging though there are probably no hard feelings among the rest of the extended royal family.

"There is no anger or animosity. But every commercial deal that has been done by the Sussexes has been a nail in the coffin of any kind of return to royal life”.

Another source went on to suggest that a return to royal duties is highly improbable because it would require the Sussexes to “undo all the commercial tie-ups they have already done, and clearly Harry and Meghan don't want to do that”.

Another unmistakable “statement of intent on their behalf" is the huge new mansion in Santa Barbara the couple bought for their comfortable life in Markle’s home state.

They paid off the £2.4 million ($3.1 million) they were said to owe the British taxpayer for renovations to Frogmore Cottage in Britain, where they briefly lived after their wedding in May 2018.

Separately, already on American soil, the Sussexes have finally launched their health and wellbeing non-profit foundation, Archewell (based on the name of their one-year-old British-born son Archie) in an attempt to “do something that matters”, as they had earlier promised.

Whatever the case may be, after the coronavirus restrictions are lifted, the former senior royals may travel back to Britain to briefly meet up with their family, at least for family events such as Prince Philip’s 100th birthday on June 10 and to celebrate the Queen's 70th anniversary on the throne in 2022.

On top of it, the brothers, Harry and William, might reportedly put all of their differences (if any) behind them for the unveiling ceremony of a statue in memory of their late mother, Princess Diana, slated for 2021.