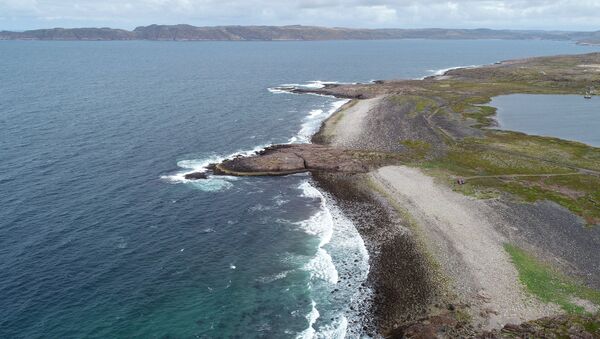 Evgeny Mikhaylov
All materialsWrite to the author
MOSCOW (Sputnik) - The Russian ship Onega has sunk in the Barents Sea near the Novaya Zemlya archipelago. Some 19 people were on board, two of whom were saved, the Russian Ministry of Emergency Situations said on Monday.

According to preliminary estimates, the incident in Russia's north was due to the formation of ice.

"The crew consisted of 19 people. Two people were saved", the Emergencies Ministry said in a statement.

A search and rescue operation is being conducted. The fate of the other 17 crew members remains unknown.

In the meantime, prosecutors have launched an investigation into the incident.

​The vessel was constructed in 1979 and has been sailing under the Russian flag ever since. According to the tracking project Marine Traffic, it left Murmansk on 11 December and then visited the Norwegian port of Kirkenes, leaving it on 14 December.