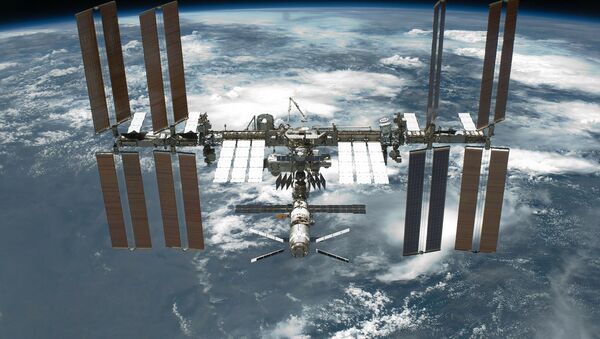 Gaby Arancibia
All materialsWrite to the author
Santa Claus’ visit to the International Space Station (ISS) will honor 20 years worth of crewed missions to the distant laboratory and mark the first known visit made by the jolly Christmas figure to the prominent station.

The North American Aerospace Defense Command (NORAD), which tracks Santa’s journey across the globe ahead of Christmas Day, revealed early Thursday that ol’ St. Nick had officially made his very first trip to the ISS.

In a video released by the US agency, Santa and his team of reindeer are seen swirling around the decades-old station and making close flybys along the ISS’ electricity-producing solar panels.

“Thanks to the magic of Santa's sleigh, he is making a special stop during his trip this year to the International Space Station,” the video’s narrator notes. “NORAD satellites have spotted Santa on a true path straight to the ISS and the astronauts who are living and working on board.”

The visit to the station was cleared on Wednesday by the US Federal Aviation Administration (FAA), which revealed that the department had “issued Santa a special commercial space license for a crewed mission” for the very first time.

“We are pleased to help Santa safely navigate through the National Airspace System to bring his unique and universal brand of good will and joy to children and adults of all ages - even to those orbiting the Earth,” Steve Dickson, who serves as the agency’s administrator, said in a statement accompanying the release.  “Let’s face it, 2020 was a difficult year, and we all could use some special holiday cheer that only Santa can deliver.”

In the spirit of not promoting the spread of the COVID-19 virus, the FAA indicated that Mr. Claus would also be following masking guidelines “to set a good example for everyone who is traveling by air this holiday season.” The agency also urged individuals against the use of drones or lasers high in the sky, so as to not distract pilots or “scare” Santa’s reindeer.

At present, NORAD is tracking Santa’s sleigh as he travels and estimating that over 3.5 billion gifts have been delivered.