Ex-Mossad Agent Cashes in on Career by Setting Up Speaking, Consulting Firm 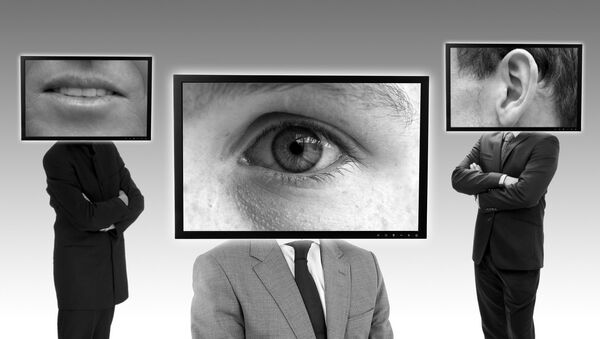 Ilya Tsukanov
All materialsWrite to the author
The company, set up earlier this year, has reportedly already amassed hundreds of speakers and a large number of major corporate and institutional clients, ranging from Israeli and US universities and museums to Lockheed Martin and the ‘Friends of the IDF’ non-profit organisation.

Avner Avraham, a former Mossad agent who spent 28 years working for the Israeli intelligence agency, has set up a new speaking and consulting firm specialising in espionage, security and undercover intelligence operations.

The company, established four months ago, is called Spy Legends, and has already accumulated a range of experts for speaking gigs, including historians, activists, artists, as well as some high-ranking retired intelligence officials, such as former heads of Shin Bet, Mossad and the Israeli National Security Council, as well as CIA officers.

In addition to arranging speaking events, the company is interested in providing consultancy services for major Hollywood productions, and has helped provide curation and guidance services for Holocaust exhibits.

“We have directors, producers, photographers, screenwriters, actors and actual special operation experts at our agency. The aim is to create the perfect package so there are no mistakes in terms of credibility, reliability and accuracy,” Avraham said, speaking to the Jerusalem Post.

Despite being around for just a few months, the company already boasts an impressive global reach, with its lecturers said to be fluent in several languages and placed around the world. Spy Legends has also attracted a number of major clients, from the Israeli Foreign Ministry to the Museum of Jewish Heritage, the Anti-Defamation League, Tel Aviv University, Holocaust museums in Florida, Illinois and Texas, Lockheed Martin, and the US National WWII Museum.

“We can build a small exhibition for you. I can bring the pianist or violinist to play the theme song of a film being discussed. I can bring photographers or videographers. I can bring the moderator or MC. I can take a Holocaust survivor and a Mossad agent and someone who’s an expert in [notorious Nazi physician Josef] Mengele and an expert historian. The idea is to have a few different points of view of the same subject,” Avraham explained.

Who Controls the Past

Avraham recognises the power of shaping the historical narrative in the public consciousness through things such as television series on Netflix, Hulu, and Apple TV, telling The Washington Post last week that Mossad missions which get exposed to the public “support our heritage” and “allow people to be proud and think about the next generation".

Despite formally retiring from Mossad in 2015, Avraham reportedly continues to do consulting work for the spy agency, helping to design its website, for example. In addition to his work with Spy Legends, he is a self-described “acclaimed film producer and curator", having advised Hollywood star Ben Kingsley in his portrayal of Nazi officer Adolf Eichmann in the 2018 film Operation Finale, and as “a passionate individual determined to create well-informed and socially relevant films and educative and thought-provoking exhibitions.”