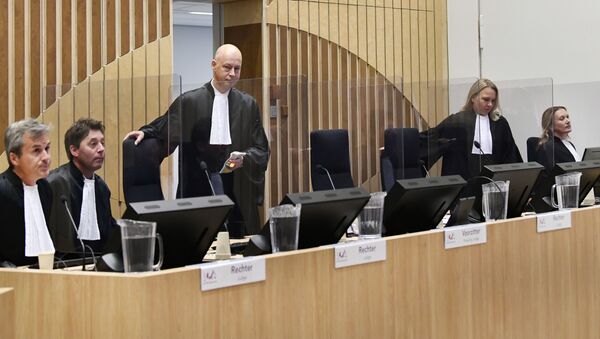 MOSCOW (Sputnik) - Russian aerospace defence concern Almaz-Antey refuted on Thursday, in a statement to Sputnik, the Dutch prosecutor's office's claims that the company had not sent a response to the request for the appointment of experts in the case of the Malaysian Boeing MH17, which crashed in Ukraine in 2014.

Almaz-Antey stressed that both of these letters were at its disposal.

Earlier in Thursday's hearings on the Malaysian plane crash, Dutch prosecutor Manon Ridderbeks said the investigating judge had not yet appointed Almaz-Antey experts to further investigate the MH17 case, as the Russian side had not responded to his request.