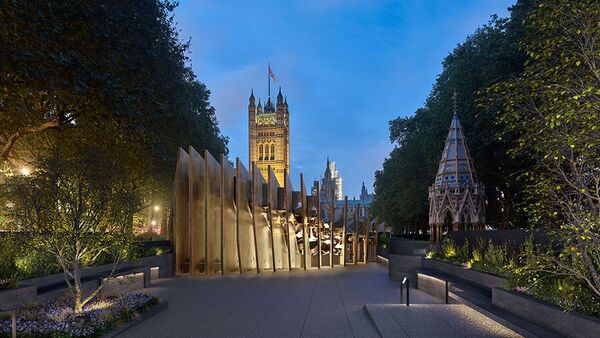 Chris Summers
All materialsWrite to the author
In January 2016 the then Prime Minister, David Cameron, proposed a Holocaust Memorial be built in Victoria Towers Gardens, next to the Palace of Westminster. But the memorial, which would cost at least £75 million, has been opposed by local residents and many prominent Jews.

A public inquiry has been told the proposed memorial to the Holocaust would be in danger of becoming a magnet for "dark tourism" and would do nothing to stop the "resurgence of anti-Semitism" in Britain.

The plan is supported by all of Britain's political party leaders and most of the 650 MPs.

But Professor Geoffrey Alderman, a practising Orthodox Jew and historian, said he was strongly opposed to the plan for the memorial to be sited in Victoria Towers Gardens.

It's vital that we commemorate the six million Jewish men, women and children murdered during the Holocaust.

The fight against intolerance, prejudice and antisemitism goes on. I offer my wholehearted support to the Holocaust Memorial and Learning Centre. https://t.co/6fUi16GKyR

​He said he had read the "statement of inspiration of the gigantic evidence", which was drawn up by architect Sir David Adjaye and sculptor Ron Arad, but said he found it "wholly unconvincing."

Dr Alderman, whose family perished in Poland, told the inquiry on Wednesday, 7 October: "It is argued that it will help people to remember the Holocaust and prevent a resurgence of anti-Semitism. This is foolish and ignorant in the extreme." 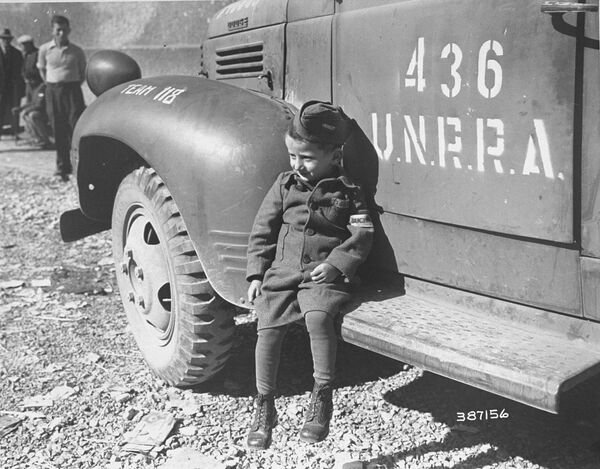 He said rather than bring groups of schoolchildren to the memorial by coach it would be better to spend the money on digitising holocaust memorial resources and make them available nationwide.

"Although some Jews support this proposal….many have greeted it with incredulity, embarrassment and cynicism," said Dr Alderman.

He said there was “no public benefit” which could outweigh the many planning drawbacks.

Dr Alderman, speaking on a Zoom feed to the planning inspector on the second day of the 16-day planning inquiry said: "If you wish to build a memorial please do so but not in this totally inappropriate site of Victoria Towers Gardens. I hope you will refuse permission."

​H. E. Sawyer, the author of I Am The Dark Tourist, explained that dark tourism was the ghoulish visitation of sites which were linked to horrific events in history.

He told the inquiry: "The Holocaust is the largest single provider of dark tourist sites worldwide. I do not object to the idea of a memorial but it should not be a tourist attraction or a background for selfies."

Mr Sawyer suggested it would be better for the memorial to be sited inside the Houses of Parliament itself so it would be a “constant reminder” to MPs and a “centrepiece” of parliamentary tours.

He suggested relaying the floor of the parliamentary lobby with “stumbling stones”, which are popular in Germany as a way of reminding people of Holocaust victims. 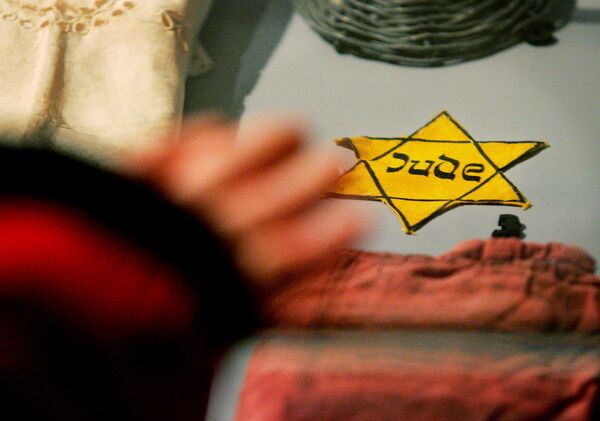 A yellow Star of David Jews were forced to wear by the Nazis, is seen with other belongings of holocaust survivors from the Auschwitz-Birkenau concentration camp that are on display at the Yad Vashem Holocaust Memorial in Jerusalem, Monday, Jan. 24, 2005
© AP Photo / KEVIN FRAYER

Dr Michael Pinto-Duchinsky, a Jewish academic who as a child survived two camps and two ghettoes in Hungary during the Second World War, said it was right that there had been “passionate disagreement” about the correct way to commemorate the Holocaust.
He said many Jews had objected to the proposal and this did not make them “disloyal” to the Jewish community.
Dr Pinto-Duchinsky said if the memorial was to be an “iconic symbol of our horror at the Holocaust” then it should be judged on planning law.

OTD in 1944 the Sonderkommando at Auschwitz-Birkenau attacked their SS guards with hammers, stones & axes. With their homemade bombs they burned Crematorium IV.

​But he argued that it would be wrong to “put all our eggs into the basket of a prestige construction project” and ignore a number of recent outrages, such as Slovenia posthumously overturning the conviction of Leon Rupnik, who condemned thousands of Jews in Ljubljana to their deaths.

On Tuesday, 6 October, security expert Lord Carlile warned the memorial would become a “trophy site” for terrorists intent on anti-Semitic atrocities.
Last month the High Court in London ruled that government minister Robert Jenrick - whose wife if Jewish - had acted appropriately in delegation the decision to one of his deputies, Christopher Pincher.