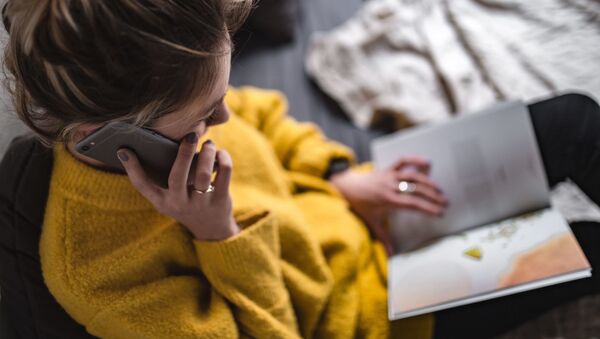 Lilia Dergacheva
All materialsWrite to the author
POTUS has been included in the list for a fifth year in a row, but the blurb about his fresh accomplishments sounded overly stinging when compared to the one about his rival, former Vice President Joe Biden, who is running for the presidency on the Democratic ticket in November.

Immunologist Dr Anthony Fauci, President Donald Trump, and the founders of the Black Lives Matter movement - Patrisse Cullors, Alicia Garza, and Opal Tomet – have been named among TIME Magazine’s 2020 list of the 100 most influential people in the world.

They were also joined by Gabrielle Union and Dwyane Wade, praised for raising their transgender daughter Zaya, soccer player Megan Rapinoe, hailed for her LGBT rights advocacy, and Amy O'Sullivan, an 18-year veteran ER nurse who represents all front-line workers that have risked their lives throughout the COVID-19 pandemic.

TV anchor Jimmy Kimmel penned the biography for Fauci, the nation's most prominent infectious disease expert, who decisively entered the spotlight this spring as a member of President Trump’s Coronavirus Task Force.

“He delivers the truth, as difficult as it may be to hear, earnestly and with one goal: to save lives. His courage and candor have earned our trust. We are all fortunate to have a man of his wisdom, experience and integrity to help us navigate these difficult waters”, Kimmel pointed out in his appraisal. Meanwhile, Trump's own entry - in the category "Leaders" - comes with a far more scathing description of the conservative president, ostensibly striving to “bend the government to serve his personal political interests”.

TIME's senior White House correspondent Brian Bennett openly took jabs at Trump, writing that he had “downplayed the severity of COVID-19 early on, refused for months to wear a mask and pressured government scientists to change their recommendations, as the virus spread to eventually kill more than 200,000 Americans”.

President Trump landed in the list for the fifth year straight, along with his Attorney General Bill Barr and election rivals Joe Biden and Kamala Harris. Incidentally, Biden’s blurb describes President Trump’s Democratic opponent as “honest, compassionate and empathetic - but most of all, he is a public servant”, the description says, in a markedly positive tone.

Featured among the world's leaders is also Indian Prime Minister Narendra Modi. However, the author of the write-up on the conservative head of the Indian government wasn't sparing in criticism, aimed at Modi's Bharatiya Janata Party.

TIME did not shy away from suggesting that Modi, as India's PM, had "brought into doubt" India's secular nature, where "Christians, Muslims, Sikhs, Buddhists, Jains and other religious sects - all have abided in India", going on to slam the party as one "attacking pluralism" in the country.

Separately, Black Lives Matter personas Cullors, Garza, and Tometi headed up the "Icons" part, with their concise biography written by Sybrina Fulton, the mother of Trayvon Martin, a black 17-year-old who was shot dead by a neighbourhood watchman in Florida in 2012.

“There are only three of them, but they are everywhere”, Fulton wrote.

“They are getting people to think: What if you had a 17-year-old son in a hoodie, and no weapon, just a candy and a drink, and now he’s dead on the ground? What if your daughter was sleeping in her own bed and the police knocked down the door and killed her? How would you feel? That is what 'Black Lives Matter' asks”, she noted.

The list, to a great extent pro-Democratic and tilted towards portrayals of social campaigns, was accompanied by a video message by TIME’s previous honourees from 2018 – Prince Harry and Meghan Markle, who jumped at a chance to call for maximum voter turnout in the November presidential poll, with critics deeming their address as a veiled show of support for Democratic candidate Joe Biden.

Introducing the 2020 #TIME100 featuring the pioneers, artists, leaders, icons and titans who have had the most impact this year https://t.co/FA12jF1B2P

“Dr. Fauci getting the recognition he deserves”, one praised TIME’s compilation, with another echoing the stance:

Fauci deserves to be on the cover this year. We couldn’t have navigated through covid without him 🙏🏼

However, one sceptical user queried in response:

“For injecting a SARS protein into a coronavirus sample 10 years ago, then selling it to China when it became an illegal practice in this country?”

Others were “shocked” that K-pop grandees BTS weren’t in the list:

Shocked BTS isn’t on the list. They’ve saved millions of army fans during the pandemic (emotionally) and empowered people to donate 1 million dollar to the BLM movement...

There was also room for jokes, with some deeming the list as appropriate to include the novel coronavirus as 2020’s most notorious and powerful actor:

So in what category is the coronavirus??

... with someone replying cheekily:

“It commissioned the issue”.

Some, seeing Brazilian President Jair Bolsonaro mentioned, rushed to pin the blame for his country's coronavirus death rates on him.

While some suggested that quite a lot of names were, as they say, undeservedly missing from the list, others suggested there should be at least two compilations – of positive and negative influencers alike:

You missed @FaheemYounus ..he did some exemplary and eye opening revelations during the covid period..

@nathanlawkc is under list “Pioneers” and that is of coz well recognized. However, I wonder why Hong Kong CE #CarrieLam is NOT on the list. She is one of the most notorious but influential people too, maybe TIME doesn’t count her as HUMAN?

George Floyd should be on the number 1 position for the most influential person of 2020. He changed the world.

My advice would be to either divide the list into top BEST and top WORST influencers, or to do 2 lists, because the bad influencers will share that they are on this list as a good thing and people will acknowledge that without even reading the text, like my current president :)