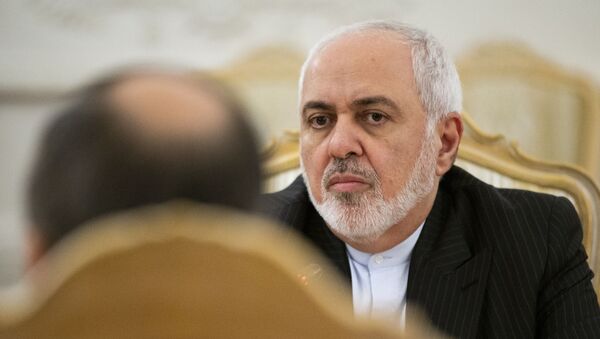 TEHRAN, September 19 (Sputnik) - Earlier this week, members of the Trump administration warned that fresh sanctions may be imposed to deter countries from selling arms to Iran following the expiration of the embargo.

Any potential US sanctions are unlikely to prevent countries from selling arms to Iran after the United Nations embargo on the country expires on October 18, Iranian Foreign Minister Mohammad Javad Zarif said on Saturday.

“Afterwards [once the embargo is lifted], we will be able to satisfy our needs with the help of countries with which we have strategic relations, for example, Russia and China … We can provide for ourselves, we can even export weapons. However, when necessary, we can buy from these countries. I doubt that secondary US sanctions will be an obstacle for them,” Zarif said during an appearance on Iran’s IRIB TV2 broadcaster.

The United Nations Security Council arms embargo on Iran expires on October 18. Washington has said that it expects the sanctions to be reinstated at 00:00 GMT on Sunday after Secretary of State Mike Pompeo announced in late August that the US had triggered a 30-day period to snapback UN sanctions on Iran.

The United States has levied tough sanctions on Iran as part of President Donald Trump’s campaign of so-called maximum pressure, which began once Washington pulled out of the Joint Comprehensive Plan of Action, also known as the Iran nuclear deal, in 2018.