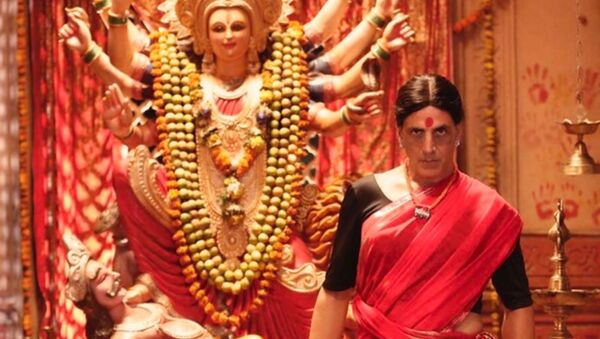 Sangeeta Yadav
All materialsWrite to the author
‘Laxmmi Bomb’ is a remake of the Tamil movie Muni 2: Kanchana by Raghava Lawrence who has also directed its Hindi adaptation. Due to the COVID-19 pandemic, the film will release directly online at Disney+Hotstar on 9 November 2020.

Superstar Akshay Kumar, the Forbes 2020 Top 10 Highest Paid Male Actors in the world, has dropped the teaser of his upcoming movie Laxmmi Bomb featuring him, opposite Kiara Advani. It will stream worldwide on Disney+Hotstar on 9 November, 2020.

He has created a lot of buzz on social media with a glimpse of his much talked about upcoming horror comedy movie. The fans will get to see him in a never seen before avatar of a transgender.

The film is going to be a big treat for his fans as it is set to release during India’s biggest festival of lights, Diwali. The actor took to social media to announce:  “Get ready for a mad ride.”

The 29-second long video shows Akshay as a moustache-sporting man transforming into a transgender. A voice echoes in the background saying: “Now your name will not be Laxman, you will be known as Laxmmi.”

Since its unveiling, the video has crossed over a million views on social media and drawing a lot of tweets.