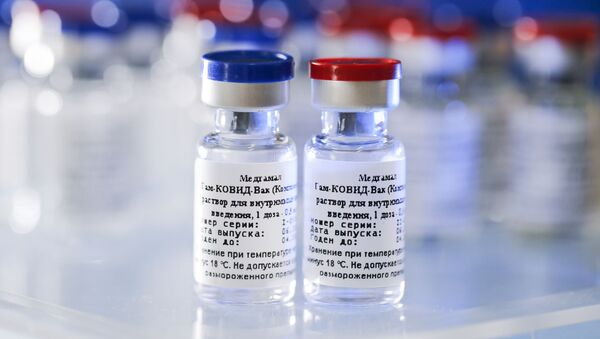 Evgeny Mikhaylov
All materialsWrite to the author
Back in August, Sputnik V, developed by Russia's Gamaleya National Research Centre of Epidemiology and Microbiology and the Russian Direct Investment Fund, became the first registered COVID-19 vaccine in the world. 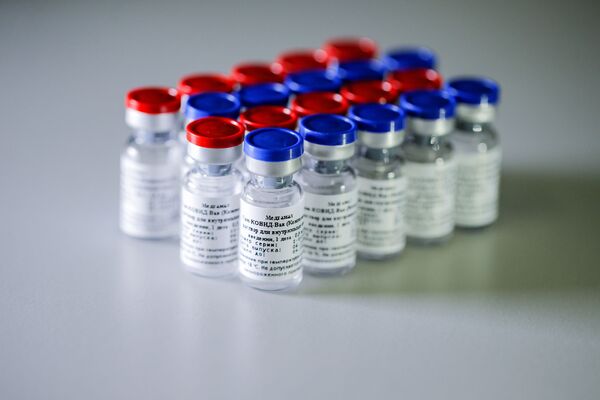 A handout photo provided by the Russian Direct Investment Fund (RDIF) shows samples of a vaccine against the coronavirus disease (COVID-19) developed by the Gamaleya Research Institute of Epidemiology and Microbiology, in Moscow, Russia August 6, 2020
© REUTERS / THE RUSSIAN DIRECT INVESTMENT FU