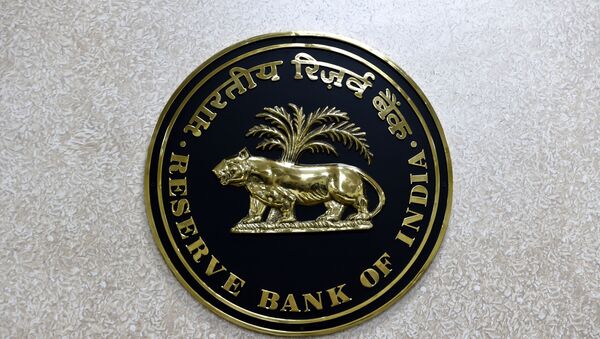 Ashutosh Kumar
Sputnik correspondent
All materialsWrite to the author
The banking regulator, the Reserve Bank of India (RBI), has infused liquidity worth $127 billion into the Indian financial markets since the onset of the coronavirus pandemic. Through various monetary tools, the RBI has also tried to keep bond yields low to incentivise long-term borrowing.

India’s top court was reminded on Wednesday that the Reserve Bank of India (RBI) exists as a regulatory body for the banks and it is expected to act like “an agent of banks”.

The development came during a hearing on Wednesday over the charging of compound interest on loans that were under a moratorium announced as a relief measure due to the COVID 19 pandemic and national lockdown.

In  March, when the national lockdown began, the RBI announced a moratorium on the repayment of loans for a period of three months. This was extended for a further three months until 31 August.

The decision was aimed at providing relief to borrowers amid the pandemic situation.

However, a petition was filed in May against banks charging compound interest under the moratorium scheme.

Senior Advocate Rajiv Dutta told the Supreme Court, “RBI is only a regulator and is not an agent of the banks as they are treating themselves and it seems that the banks are hiding behind the RBI. They want banks to make profits during COVID-19.”

“Interest on interest is absolutely and prima facie wrong and they cannot charge it,” Dutta added.

Another senior counsel Aryama Sundaram while appearing for another petitioner, the Confederation of Real Estate Developers Association of India, argued that if interest cannot be written off, banks may consider reducing it to a rate at which the depositors are paid. The rate at which a mortgage is given is always higher than the deposit rate of the banks and financial institutions.

Meanwhile, Indian Solicitor General Tushar Mehta, representing the central government, argued that writing off loans could jeopardise the health of the banking sector.