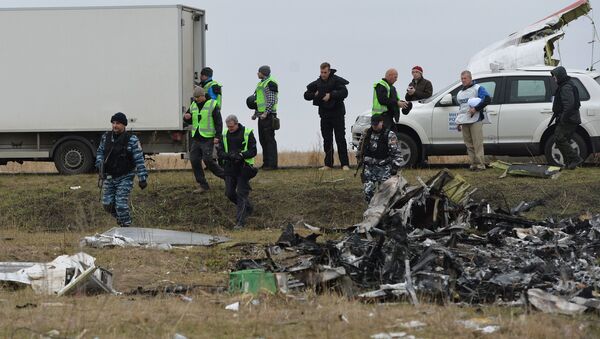 Eric van de Beek
All materials
The MH17 trial in The Netherlands is going on for half a year now. Many noteworthy facts that came up during the court sessions were left unreported by the mass media or didn't get the attention they deserved.

Four military leaders of the Donetsk Peoples Republic, three Russian nationals and one Ukrainian, are standing trial in The Netherlands for the downing of Malaysian flight MH17 on 17 July 2014 in the eastern part of Ukraine, which led to the death of all 298 passengers, most of them Dutch. The Dutch Public Prosecutor views these men as "leading players who took delivery of a Buk-TELAR from the Russian Federation and deployed it as part of their own military operation, with the aim of shooting down an aircraft".

The narrative that MH17 was downed by a Buk missile delivered from Russia and fired from territory controlled by rebels in eastern Ukraine was propagated from day one by the Ukrainian secret service SBU. Most people in The Netherlands and elsewhere take it for a fact now. But the MH17 trial has just started. It's not even been established yet a Buk was fired; let alone a Russian Buk. For Bonanza Media I closely followed the court case and I wrote a series of articles about it. Many noteworthy facts that came up during the court sessions were left unreported by the mass media or didn't get the attention they deserved. I will sum them up below.

Seven missile parts that had been found at the crash site and that had been discussed at the press conferences of the Joint Investigation Team (JIT) turned out to be worthless. At the 8 June 2020 court session prosecutor Thijs Berger revealed that the forensic investigators had not been able to establish whether these parts originated from the missile that had downed MH17.

These "non aircraft" objects, among which a venturi (exhaust), a casing of a missile engine, a stabilizing wing and a data cable, could have arrived in the area before or after 17 July 2014. It was just a casual remark, made by Berger, and therefore probably left unnoticed by the press, but nevertheless of great importance to the case.

The defence questioned the assumption of the Dutch Public Prosecution Service that the alleged Buk warhead had detonated before hitting MH17 after its proximity fuse had detected the plane. According to the lawyers, that's what would happen with a fighter jet, but not with a target that cannot be missed, like a passenger plane. 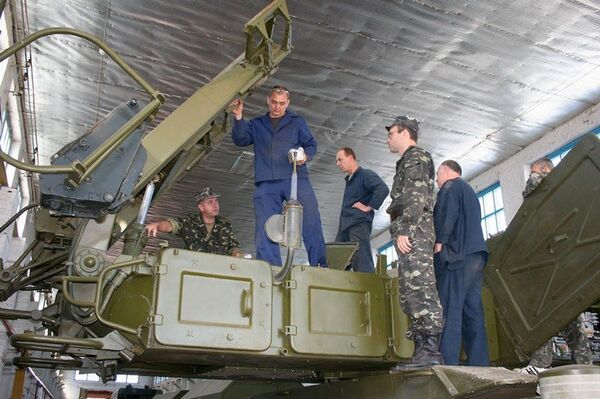 In such a case, a Buk missile would have moved in a straight line for a direct hit with the plane by using its impact fuse instead of its proximity fuse. This would probably lead to a different damage pattern than is seen on MH17.

Other Missiles Than Buk

The defence furthermore discussed a report by Mattijs Koeberg of the Netherlands Forensic Institute (NFI) that was not made public. In the report Koeberg doesn't exclude the possibility that there had been more explosions in the air and on the ground than one. He also found that the damage pattern of MH17 is compatible with R-33 and R-37 air-to-air missiles. According to the lawyers these types of missiles can be launched by a MIG 31 Foxhound, MIG 25 and Su-27. The Ukrainian Air Force has actively used Su-27 fighter jets during the conflict in eastern Ukraine.

The defence criticised the report of The Netherlands Aerospace Centre NLR. They found that the NLR had not even bothered to look into the possibility that MH17 was downed by another type of missile than a Buk. They had a priori concluded that only a surface-to-air missile from the 9M38 Buk series could have hit MH17, because, as they wrote in their report, "only the 9M38 series missiles of the BUK surface-to-air missile family are equipped with a fragmentation warhead which contains unique butterfly-shaped particles found in the wreckage of flight MH17".

Of the 1,870 "butterflies" that are inside a 9N314M warhead of a 9M38 or 9M38M1 Buk missile, only one was found in the cockpit and one in the body of the pilot. Where were the rest of them? The Public Prosecution Service addressed the mystery of the missing butterfly-shaped particles during the court session of 8 June. Some – if not most – particles had lost their original shape, prosecutor Thijs Berger explained. This was caused by the explosion of the warhead and subsequently by the perforation of the plane.

In the bodies of the cockpit crew, a total of 29 particles were found and 341 in the wreckage. Some of these particles must have been butterfly-shaped, Berger argued. But not all of them. Apart from butterflies, a Buk 9N314M warhead contains square-shaped particles (tiles, aka squares) and cubicle-shaped particles (rods, aka fillers). Like with the butterflies, some of the tiles and rods had lost their original shape.

Since butterfly-shaped particles are bigger and heavier than their square and cubical shaped "brothers and sisters", the Netherlands Forensic Institute (NFI) was able to establish that 16 of the particles that had lost their original shape must have been butterflies.

The Ukrainian armed forces have a total of 96 9M38M1 Buk missiles at their disposal, the lawyers of Pulatov noted at the June 23 court session. Buk manufacturer Almaz Antey delivers this type of missile standard equipped with a 9N314M warhead. 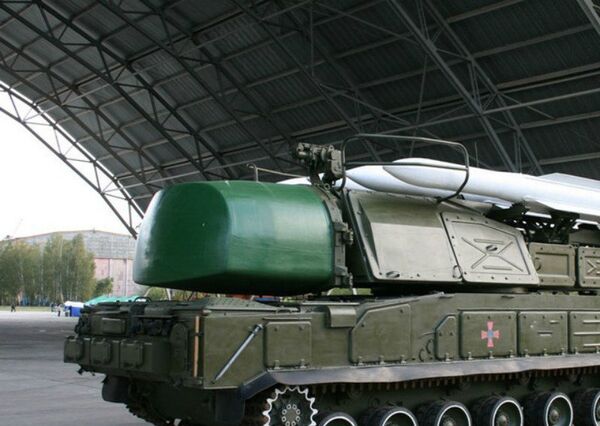 The MIVD thinks it's "unlikely" one of the Ukrainian installations was moved into a position where it could have hit the Boeing. Strangely enough it does not make such assessment about the Russian installations. Nevertheless, the closest installation in use was Ukrainian. It was last spotted 98 km from the alleged launch location. The nearest operational Russian installation was at 106 km distance. According to the prosecution, the Ukrainian armed forces did not fire any Buk missiles during the conflict in eastern Ukraine until December 9, 2014.

At the court session of 8 June, prosecutor Thijs Berger said that samples from the alleged launch location were collected in June 2015, but that these had not been examined because it was expected that no residue of combustion would be found 11 months after the launch of the Buk missile. The idea that the soil samples were worthless was based on soil samples that had been collected by Ukraine from a military base where they had launched a Buk missile five months before.

World
Dutch Foreign Ministry Says Probe Started Into Why Ukraine Did Not Close Skies Over MH17 Crash Site
Ukraine had sent this reference material to The Netherlands for research. The Dutch investigators found no residue of combustion in this material. The Netherlands Forensic Institute (NFI) therefore decided it was no use to examine the soil samples from the alleged launch location since they had been collected at a much later point in time than the Ukrainian reference material. If all traces of a Buk launch were lost five months after the event, then surely no traces would be found eleven months after a Buk launch, the JIT reasoned.

On 22 June the lawyers of Oleg Pulatov criticized the prosecution for their decision to leave the soil samples unexamined. No sound conclusions could be drawn from just one set of reference material, they said, especially since it appeared from the case file the reference material had been collected by the SBU without any JIT personnel present.

Among the investigations granted by the Dutch court was most notably the so-called “human shield scenario”, as described in an article published earlier by Bonanza Media, in which a Buk missile was fired at a Ukrainian fighter jet that was using MH17 as a shield. The court granted this request because this scenario had not yet been investigated and doesn't conflict with the Russian Buk scenario of the prosecution. The experts who will be heard about this are former Ukrainian Buk-TELAR commander Tarankov and a representative from Buk-manufacturer Almaz Antey – as well as an anonymous witness by the codename of G9081.

These two experts and a witness will also be interviewed about the "improbability" of an "error scenario" in which the crew of a Buk-TELAR would mistake a passenger plane for a military airplane, and about the question if the damage to the plane would look different if it was hit by a Buk warhead on purpose.

Igor Nikolaevich Bezler, a former sub-commander of the Donetsk People's Republic (DPR) will not be prosecuted, the prosecution accounced at the opening of the trial in March this year. In the first week after the downing of MH17 the SBU had accused Bezler of involvement in the MH17 tragedy, by putting intercepted phone calls on YouTube in which Bezler could be heard talking about the spotting and downing of a plane. These phone calls are not related to MH17, the prosecution concluded.

The criminal investigation into the crewmembers of the Buk-TELAR and those in the chain of command in the Russian Federation is still on going. The trial against the four defendants continues at August 31 and will go on for at least more than a year.