A ‘Shadow’ of its Former Self: General Says UK Army ‘May Not be Big Enough’ to Fight War 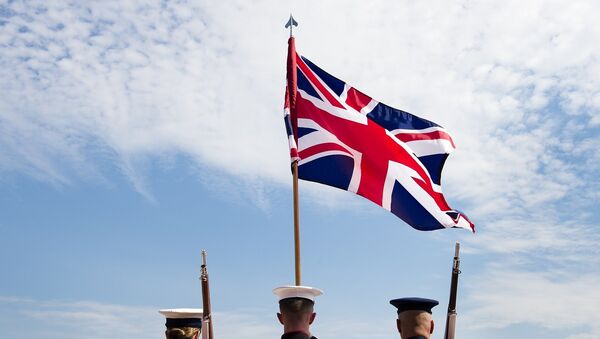 CC0 / Pixabay /
Subscribe
The comments come as the Ministry of Defense is carrying out a review of the military’s size, structure and strategic posture. It is anticipated that the review will call for conventional soldiers to be relocated to other areas, such as cyber war, to match the changing nature of contemporary warfare. The conclusions are to be released in autumn.

The British Army may be too small in size to fight a conventional war, according to a former leading general.

Sir Mike Jackson, who was the Chief of the General Staff from 2003 to 2006 has slammed the state of the country’s armoured corps, calling it a “shadow” of what it once was a few decades back. He said that the UK’s 80,000 man Army would likely struggle to hold its front in any future battle in the same way it was once able to.

“When I joined [The Army], the Cold War was very cold. The whole strategic posture was deterrence of the then Soviet Union and the Warsaw Pact,” Sir Mike told the podcast General Talk.

“It needed mass. We had a comparatively large army for peace time,” he said, going on to note that, “it worries me that 80,000 may not be big enough.”

The former military leader said that the British Army may be able to sustain itself in a conventional war “at a pinch” but that “it would take some preparation time.”

“We are down to the position where really if we get it right we can field a single division. Perhaps of two or three brigades. That is [the] maximum effort we could expect of today’s Army,” Sir Mike added.

When Sir Mike joined the paratroops in 1970, he said that the Army’s regular deployable strength was about 176,000 with 80,000 reservists.

“The Royal Armoured Corps is pretty much a shadow of what it was when I joined,” he said.

The comments come amidst a cascade of reports over the past few years listing a steady litany of crises facing the UK’s armed forces.

Some of the reasons widely credited with explaining the UK military’s - but particularly the The Army’s - dwindling personnel numbers are the winding down of the wars in Iraq and Afghanistan, a relatively stable economy, an ageing population and a youth demographic that is less interested in enlisting into the military than past generations.

000000
Popular comments
maintaining an army imposes a cost but allows to control commerce and trade (which is power). The US were willing to occupy and lead that role for the so-called 'free' or Capitalist world. As English army was quite powerful, the underlying strategy was to bring UK to the bring of financial and economical disaster to impose the government to reduce its military force, allowing de facto the US to take over more easily and control both commerce and finance. That control was complete in the mid of the 80's after Reagan. Like always the US acted in its own oligarchic interests and the population of UK paid the price. The main difference with some other countries who label more and invest more in their population using economy and finance to maintain prosperity.