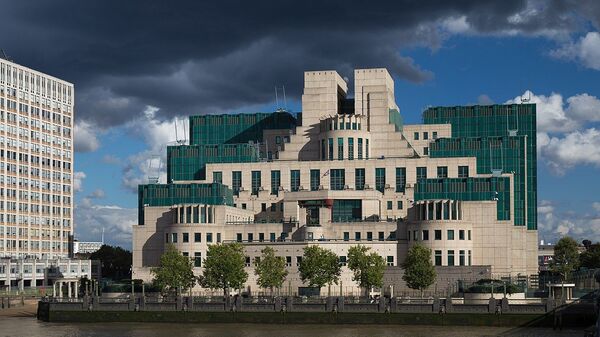 Having served as the British Ambassador to Turkey and Director General for Political Affairs at the Foreign & Commonwealth Office, Moore will take up the new role in the autumn.

The newly appointed chief of the British Secret Intelligence Service (SIS), known as MI6, was born in Libya. Moore received his education from the Oxford University and Harvard.

"He returns to SIS with tremendous experience and will oversee the work of a group of men and women whose tireless efforts are rarely seen in public, but which are critical for the security and prosperity of the UK," Foreign Secretary Dominic Raab said about Moore on Wednesday.

Moore served as British ambassador to Turkey from January 2014 to December 2017. His career includes the roles of the Director for Europe, Latin America and Globalisation (2010 to 2012) and Director for Programmes and Change (2008 to 2010). He has had postings in Vietnam, Turkey (1990 to 1992), Pakistan and Malaysia.

Commenting on his appointment, Moore, who first joined the MI6 in 1987, said he was "pleased and honoured to be asked to return to lead my Service."

"I look forward to continuing that work alongside the brave and dedicated team at SIS," he added.

My Dad popped into @foreignoffice the other day. He first walked into King Charles Street in 1945 as a 16 year old school leaver. Proud moment for both of us. And Dad was able to say hello to @SMcDonaldFCO - they served together in Riyadh in 1980s. pic.twitter.com/Tapseu7Hj2

Has James Bond been furloughed since 2016?

According to SIS, it works with closely with MI5, GCHQ, HM Armed Forces, law enforcement and a range of other international partners “to stop terrorism, disrupt the activity of hostile states, and give the UK a cyber advantage.”

Moore will be replacing his predecessor Alex Younger.

"The head of MI6/SIS is always known as 'C' and Moore gives the impression of being a strong and committed 'C' who will understand not only the special tasks that go with being 'C' and head of a secret intelligence service but also how secret intelligence interfaces and interlocks with UK foreign policy aims and British overseas interests (Moore has worked both for MI6/SIS and for the Foreign and Commonwealth Office, he's not a normal diplomat and this is key)", says Professor Anthony Glees of the University of Buckingham is a nationally and internationally published expert on European affairs, the British-German relationship, as well as security and intelligence matters.

"We, the public, know very little about these people until they are avowed as 'C'. We know their backgrounds at this point as well: Moore studied Politics, Philosophy and Economics at Oxford, then won a Kennedy Scholarship to Harvard. As you would expect, a very smart chap who has had the best education the UK can offer".

According to Glees, the British intelligence community regards itself as a "machine", with many different integral cogs working in it, and Moore "is definitely the kind of cool engineer you'd want to run the 'machine' and his background, moving between MI6 aka SIS and the Foreign and Commonwealth Office is what the 'machine' needs for it to function as the government, and therefore as the British people, would expect".

"Every 'C' has to work within a given political context; the stronger the personality of a 'C', the stronger the line MI6 will take. Moore strikes one as being extremely firm but also diplomatic; clearly liked by Johnson and Raab who chose him rather than Nick Hurd. This is the key point. I would expect Moore to give his opposite numbers in those countries who we feel are keen to threaten us a tough run for their money. That includes you, I'm bound to tell you, since you ask", Glees explains.

The professor has also added that Alex Younger, who will be replaced by Moore and was the longest serving MI6 chief in 50 years, was "widely admired as a thinker as well as a man of action (he entered MI6 after serving in a fine Scottish Regiment)".