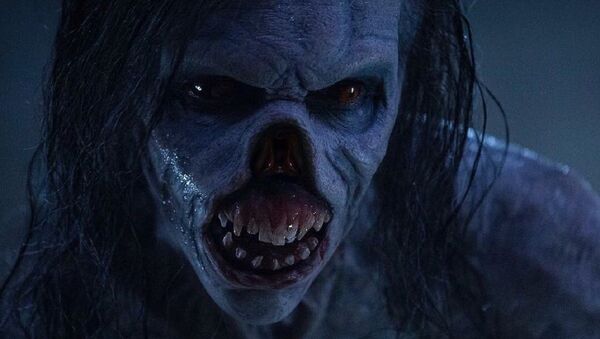 © Photo : Javier Botet
Subscribe
International
India
Africa
This 42-year-old actor stands out in horror movies and fantasy films because of his “peculiar body”. He is also known as a director, scriptwriter and graphic designer.

Javier Botet has been working in the film industry for 15 years. The actor has a huge list of films under his belt, although many do not recognise him without a few layers of makeup. Among his filmography, you can also see a handful of titles with his name behind the camera.

Born in a small Spanish town of Ciudad Real in 1977, Javier Botet, an actor, director and screenwriter, today is one of the most sought-after specialists in horror fantasy films, both at home and in Hollywood.

“Annabelle: Creation”, “It”, “Slender Man”, “Malasaña 32” are to name just a few of his successful works. But most likely you won't even recognise him in person. Botet’s roles are specific: preparation for filming can take hours, his face and body are changed beyond recognition to appear in the shot as incredible monsters or other extraordinary creatures. 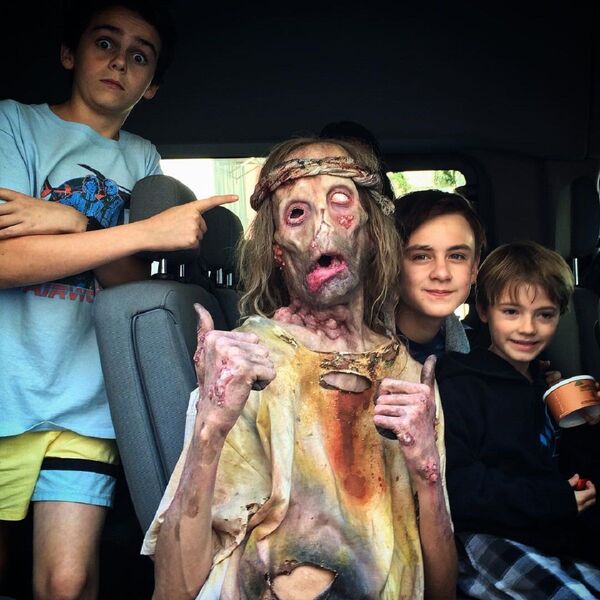 The actor himself admits to being thrilled about these characters.

“I think it's great to be a unique creature. I've always liked them, and that's what I wanted to do since I was a kid”, said Botet in a telephone interview with Sputnik.

According to the actor, his "peculiar appearance" is best suited for the intended purposes. Botet’s physique is ideal for the interpretation of horror characters: 2 metres tall (197 cm) and weighing about 60 kilogrammes, the actor has disproportionately long limbs due to Marfan syndrome. It is a hereditary disorder that affects tissues and organs.

“I am just made for this! At first, I just wanted to learn the make-up techniques but then gradually became recognised abroad”, said the actor in a break between the filming of the second season of “The Neighbor”, a Netflix series.

This is his first work since the introduction of a high-alert regime in Spain due to the coronavirus. The pandemic has claimed more than 28,000 lives in this country and has put filming on hold. And it almost killed him: he got infected back in March. He said that he was “on the verge of dying”.

“I wasn't intubated but I was admitted to the intensive care unit. For two weeks. But I'm fine. The only thing is that without the gym and being locked up I feel weaker”, said Botet, who doesn't like talking about the disease.

Botet prefers to focus on his profession and not his ailments. He left Ciudad Real at the age of five and went to Cuenca and Granada, where he graduated in Fine Arts. It was then that the idea of becoming an actor did not give him peace: “I drew sketches and wrote stories”, the actor recalled. His final destination was Madrid. In the Spanish capital, he tried his hand at special effects and then entered the world of graphic design, comics and films. 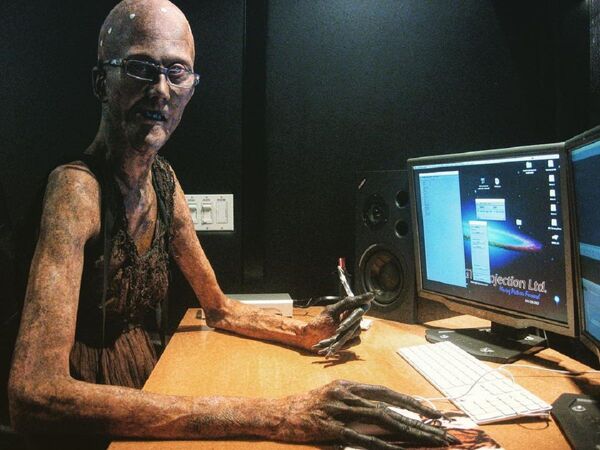 “Pedro Rodríguez noticed me and offered to create something together”, said the actor, referring to an internationally acclaimed make-up expert. He also met with Nacho Vigalondo and Carlos Vermut, fans of comics and genre films. That's how they found common ground, and after several episodic roles in short films, Botet began acting in big cinema.

“My first role was in Beneath Still Waters in 2005, and in 2007 with REC I started conquering the United States”, said Botet.

Jaume Balagueró and Paco Plaza's film was a great success with the public and critics. This success brought forth two more sequels that were distributed worldwide. Nobody believed that the dark character of Tristana Medeiros (la Niña Medeiros) was played by an unretouched actor and no special effects. “No one really knew if it was a visual effect”, he said, “and it served as a springboard”.

His trip to the Fantastic Fest in Austin, Texas helped him to make it to Hollywood. There he tried his luck with his friends Vigalondo and Vermut, known as the directors of “Colossal” and “Magical Girl”.

“We met Andrés Muschietti, who had a script for “Mama” and he called me to do it”, recalled Botet. Soon, under Muschietti, he will play in the adaptation of Stephen King's book “It” and work in several countries.

“I work often in Canada, where they make a lot of American films because of taxes. And also in England, India or Los Angeles”, the actor listed.

Now Javier plans to stay in Spain and try another of his much-loved genres, comedy. “I am very pleased that my work in horror films is highly appreciated and I am grateful to this genre, but sometimes it is refreshing to change the environment”, said the actor, whose short promo video for the film “Mama” has received more than a million views.

As for the specifics of filming in Spain, Botet has noted a huge difference in working conditions, although he also realised the benefits of living in this country.

“In Hollywood, they view filmmaking as a solid industry, which provides work for many families, not just as entertainment”, the actor argued, “there's a lot of affection for it; there's love and respect that you can see. Here they try to shoot as much as possible for less money”.

Botet stressed that no matter what he wants to star in his homeland.

“I did think about settling down there but after one long shoot in Los Angeles I reconsidered my views”, he said.

Botet does not believe that his roles in the field of mystery or terror will be replaced by technology. “I can't feel the impact of special effects. Perhaps for someone from another era, it is. But, even though many people think that some of my characters are made on a computer, whenever possible, they prefer shooting live actors”, he explained. 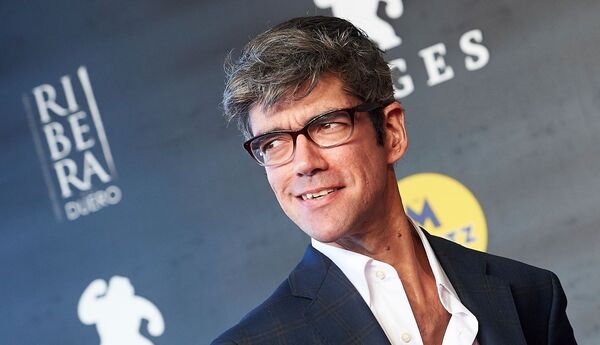 “3D technology is good for some cases but not for the living tissue because you can feel the interaction. But, anyway, I will continue to show stories, whatever it is”, added the actor.

Neither the virtual world nor the platform, like the one that financed his latest role, will end his career.

“There's room for everything. I, for example, have missed going to the movies a lot. It was a necessity. And if this [pandemic] calms down, more theatres will be opened and we will be able to go”, Botet pondered, though claiming that “the future seemed vague”.

At the moment he has several projects ready to go, and every day on the set he undergoes a strict sanitary control. A childhood dream to become an actor came true, even though his path was quite thorny.