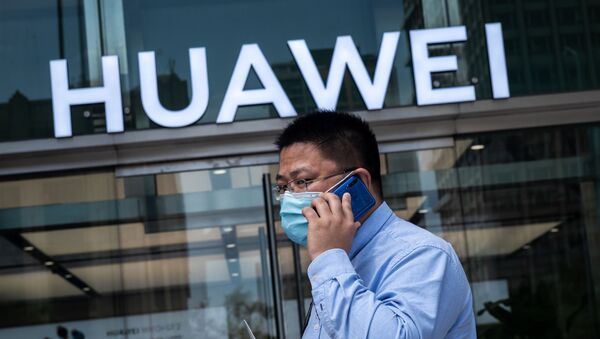 On Tuesday, London backtracked on a decision to allow the Chinese tech giant's participation in the rollout of Britain's 5G mobile phone network, with Culture Secretary Oliver Dowden announcing that UK companies will be banned from purchasing Huawei equipment from 31 December.

Liu Xiaoming, the Chinese ambassador to the UK, took to Twitter on Tuesday to express Beijing's disappointment with the decision of British authorities to ban the use of Huawei technology.

In the post, the ambassador described the move as wrong, adding that it casts a shadow on the UK's ability to provide "an open, fair and non-discriminatory business environment" for foreign investors.

​Earlier in the day, the UK Culture Secretary Oliver Dowden announced that the country will ban the purchase of 5G components from Huawei starting from the end of the year and will remove all existing Huawei gear from the 5G network by 2027.

The UK decision comes following months of pressure from the US towards Huawei and countries willing to cooperate with the tech giant. In January, UK Prime Minister Boris Johnson allowed Huawei to build parts of Britain's 5G network despite Washington's claims that this could have put intelligence sharing between the two countries at risk. The US believes that Huawei could use its equipment to spy for Beijing, an allegation the company strongly denies.