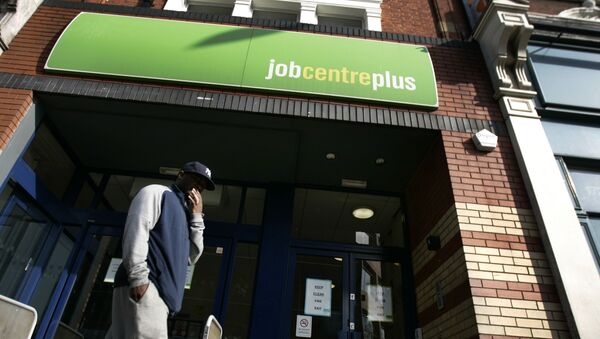 © AP Photo / LEFTERIS PITARAKIS
Subscribe
As the UK gradually recovers from the COVID-19 pandemic, easing lockdown protocols set in place in March, Prime Minister Boris Johnson acknowledged on 29 June that the economy had suffered a “big fall”, but said it would come out of the crisis.

The coronavirus-battered British economy witnessed its sharpest decline in over 40 years, contracting by 2.2 percent in the first three months of 2020, according to fresh data from the Office for National Statistics (ONS), cited by The Guardian.

In March, when the UK government imposed a lockdown in an attempt to stop the spread of the coronavirus epidemic, gross domestic product had nosedived by 6.9 per cent, despite the protocols entering into force only during the last nine days of the month.

While initial estimates by the ONS had suggested the economy shrank by 2 percent in the first quarter of the year as a whole, and by 5.8 percent in March, the new figures underscored that the detrimental impact from the COVID-19 pandemic had dealt output an even greater blow.

ONS data had previously underestimated the impact that the lockdown-induced closure of bars, restaurants and shops would have on consumers.

Deprived of the ability to spend money, the population’s household consumption expenditure sank by 2.7 percent between the fourth quarter of 2019 and the first quarter of 2020, says the ONS.

Consumers were stated showing a particular caution in spending on cars, eating out, hotel visits, clothing and footwear, with a marked jump in the household savings ratio from 6.6 percent to 8.6 percent in the first quarter. 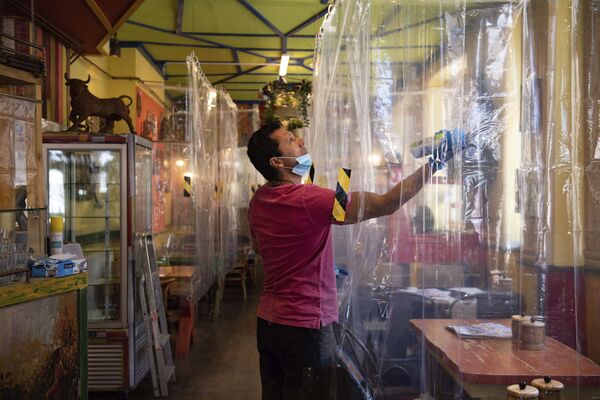 The services sector, accounting for around 80 percent of the UK economy’s output, was named by the ONS as having suffered the most crippling impact from the lockdown measures.

Yet again, initial forecasts of the envisaged decline of 2.3 per ent in the first quarter were proven to have been too optimistic by around 0.4 points.

The closure of factories during the lockdown had led to a production decline of 1.5 percent, with idling building sites resulting in a 1.7 percent drop in construction.

Adjusted to accommodate inflation, government spending in the first three months of 2020 had dropped by 4.1 percent, as closed schools and postponed non-essential work by hospitals meant a lesser load on public services.

According to the ONS, the reviewed figures corroborate forecasts that the UK is facing its deepest recession in modern times.

“Our more detailed picture of the economy in the first quarter showed GDP shrank a little more than first estimated. This is now the largest quarterly fall since 1979,” Jonathan Athow, the deputy national statistician at the ONS, was quoted by the outlet as saying.

In an interview with Times Radio on Monday, Prime Minister Boris Johnson deplored the fact that the UK had suffered a “big fall” due to the coronavirus pandemic. However, he voiced certainty the country would come out of the crisis. 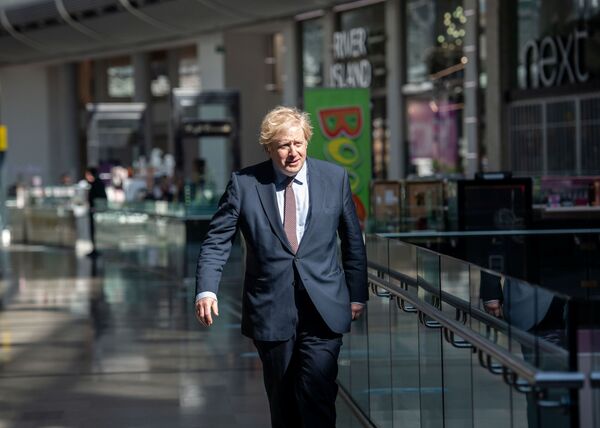 “We can’t just step back. What we will be doing in the next few months is doubling down on our initial agenda, which was all about investment”, said Johnson.

Speaking of the coronavirus pandemic, Johnson said it was a “disaster”.

“Let's not mince our words, I mean this has been an absolute nightmare for the country and the country has gone through a profound shock”.

000000
Popular comments
The "battered economy" is nothing to do with “Covid19” which has killed a lot less than any other ordinary flu virus as it turned out, but the world economies were battered because of its manipulation and the huge media lies about its deadliness. Why there has never been a lockdown anywhere for other more deadlier viruses in the past? Because this Hoax Cojonevirus, was used to serve an Agenda, a very specific AGENDA; -1- to wreck the economies and impose an economic reset, with a cashless society. -2 to create mayhem and impose police state in every country, and allow the world elite control everything and completely destroy national sovereignties. -3- to roll out the very controversial and deadly 5G technology. -4- not to forget compulsory deadly vaccination, it is the MWO agenda writ large, no more, no less.