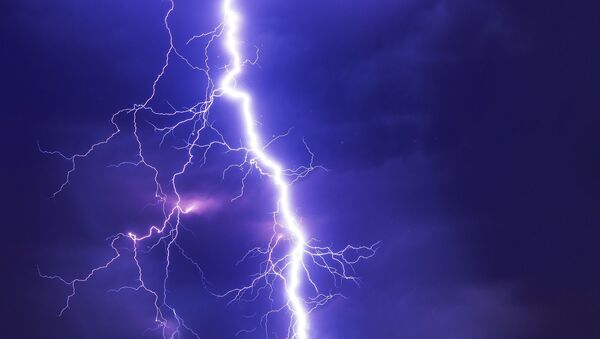 The United Nations’ World Meteorological Organization (WMO) on Thursday announced new world records that were set by two so-called megaflashes, “the longest reported distance and the longest reported duration for a single lightning flash,” which occurred in Brazil and Argentina, respectively.

The megaflash records were verified with imaging technology onboard satellites that orbit Earth and were published on June 15 in the journal Geophysical Research Letters, a publication of the American Geophysical Union.

The longest reported megaflash traveled a distance of 440 miles over southern Brazil on October 31, 2018, which is equivalent to the distance between Washington, DC, and Boston, Massachusetts. The longest-duration lightning strike lasted for 16.73 seconds, occurring over Argentina on March 4, 2019.

“These are extraordinary records from single lightning flash events. Environmental extremes are living measurements of what nature is capable, as well as scientific progress in being able to make such assessments. It is likely that even greater extremes still exist, and that we will be able to observe them as lightning detection technology improves,” Professor Randall Cerveny, chief rapporteur of weather and climate extremes for the WMO, said in a June 24 news release.

“This will provide valuable information for establishing limits to the scale of lightning - including megaflashes - for engineering, safety and scientific concerns,” he added.

In its statement, the WMO also warned that lightning kills many people every year. According to the US National Weather Service, there were 20 lightning fatalities in the US last year.